LIGHT UNDER A BUSHEL

I was teaching some nine-year-olds about the Beatitudes, specifically Matthew 5:15 Neither do men light a candle and put it under a bushel, but on a candlestick; and it giveth light unto all that are in the house.

The point to be made was the importance of being a good example. I had to give them some background on the use of candles as a source of light and not just a cake decoration. Then I had to explain the term “bushel” as basket that would hold the amount of grain a person could lift and carry. To get the attention of children who had already sat through an hour-long meeting at lunch time, I brought a birthday candle stuck down in a little paper cup, and a small basket to put over it. I had them the minute there was flame. I gently placed the little basket over the candle began to expound. I realized I had their total attention. “Wow,” I thought, “I am really getting my message across.” Then I could smell something burning and saw puffs of smoke coming from the basket. The lecture stopped and I lifted the basket which was now taking on a toasted nature. While seven children watched in amazement I blew out the candle and waved the basket until the smoldering stopped. Then I segued into how a city on a hill cannot be hid. The class was still focused on the candle. “You are not supposed to set things on fire in the church.” one said. “You are right," I agreed, “But I bet you will remember not to put your candle under a bushel!” The scriptures are true. And the direction given us to not expand on what is in the lesson manual is true too.
Posted by Leenie at 1:06 PM 0 comments

BAREFOOT IN THE KITCHEN

I learned a long time ago that the best way to dish out punishment to children was to assign them cleaning duty. Although it made them mad at me, at least I got my cupboards cleaned. Grounding children not only makes them mad at you, but you get stuck babysitting. However, there are no children residents in my house right now. So I have been going through each of my kitchen cupboards over the past weeks to scrub and discard. Bleeech. I even had Hubby help me drag out the fridge so I could destroy the hairball monster and the slime lady that were living together there. The result was a kitchen floor that would pull your socks off. Bleeeeeeech. This floor is supposed to be “no-wax,” but it has taken a beating over the years. So I put on the wax, and then I have to strip it off every year or so when it turns gray. I use ammonia, which is great for the sinuses, (sarcasm here) and this time there was some elbow grease involved. It took most of the afternoon, and then both Hubby and I had pl

I told Hubby, since I would get home first, that I was going put down new wax. He was thinking food and was wondering if I would have things done so he could get to the fridge when he came in. I promised, yes. Then I realized I did not have enough wax to do the whole job. Finished evening meeting. Bought more wax. Put down a thin layer (still in my high heels) and had it dry before the man came home. In the middle of the night I woke up (I always wake up anyway) put down another layer of wax and slipped into bed. Hubby woke up and headed for the bathroom. Oh, No! What if he goes in the kitchen?! Should I yell, “Stay out of the kitchen!?” or just hope he does. I kept quiet. There was a flushing sound and he crawled into bed. I don’t think he even woke up. This morning I walked barefoot in the kitchen and enjoyed it.
Posted by Leenie at 2:31 PM 2 comments

A HAIKU AND TWO PEARLS OF WISDOM

The haiku is mine the story is not. 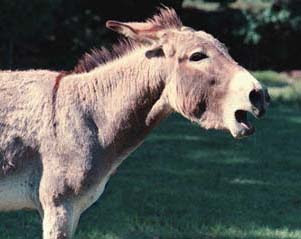 First the Haiku:
Orange Basketball
At rest in a pumpkin patch
Hidden till Halloween

Now the story: One day a farmer’s donkey fell down a well. The animal cried piteously for hours as the farmer tried to figure out what to do. Finally, he decided the animal was old, and the well needed to be covered up anyway; it just wasn’t worth it to retrieve the donkey. He invited all his neighbors to come over and help him. They all grabbed a shovel and began to pitch dirt into the well. At first, the donkey cried horribly. Then, to everyone’s amazement, he quieted down. A few shovel loads later, the farmer finally looked down the well. He was astonished at what he saw. With each shovel of dirt that hit his back, the donkey was doing something amazing. He would shake it off and take a step up. As the farmer and his neighbors continued to shovel dirt on top of the animal, he would shake it off and take a step up. Pretty soon, everyone was amazed as the donkey stepped up over the edge of the well and trotted off.
PEARL OF WISDOM NUMBER ONE: We can get out of the deepest wells by shaking off what is dumped on us and taking a step up.
The donkey later came back and bit the daylights out of the farmer who tried to bury him. The gash from the bite got infected, and the farmer eventually died in agony of septic shock.
PEARL OF WISDOM NUMBER TWO: When you do something wrong and try to cover your “donkey,” it always comes back to bite you.
Posted by Leenie at 6:04 PM 2 comments