Quotes and thoughts and things from my note book.

Click on the "Stuff I've Learned" label at the end of the post
if you really want to read earlier similar posts.

Monsters are real. Ghosts are real too.
They live inside us, and sometimes they win.
Stephen King 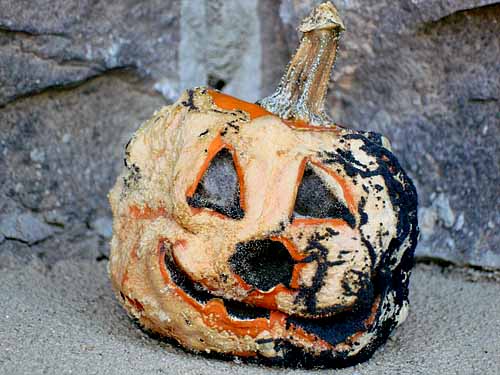 Photo borrowed from Dr. SuRu's blog
• Don't carve jack-o-lanterns more than a week before Halloween.
•Most products we desire are like rice balls in a monkey trap.
The tighter we hold on to them the more freedom we forfeit.
•Those who understand December cherish the October sun.
•You know summer is over when you get in your car in the afternoon
and the temperature inside is the same as the temperature outside. 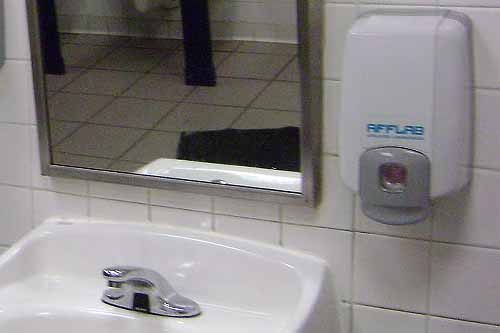 •The soap in public bathrooms smells awful so you will scrub
your hands extra hard to get rid of the stink.
•Don't judge people by their relatives.
•Don' be angry or disappointed when people (like your spouse)
don't read your mind or pick up your dropped hints.
•Education is enlivening.  Remain a student. 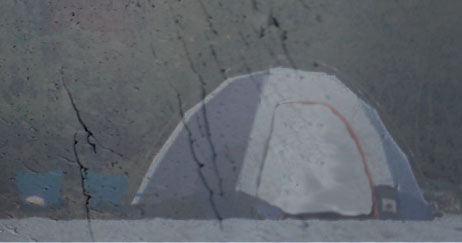 •Tents attract rain like trailer courts attract tornadoes.
•Don't look back.  Don't ever look back--or the zombies will get you.
Posted by Leenie at 9:32 PM 7 comments 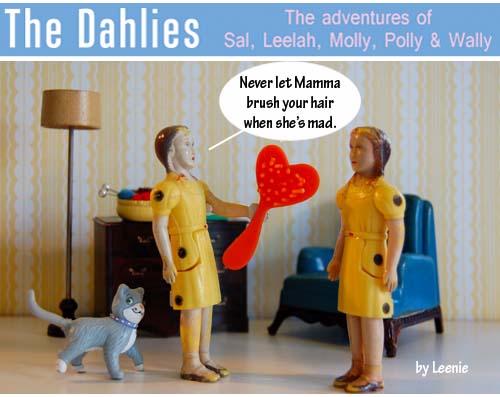 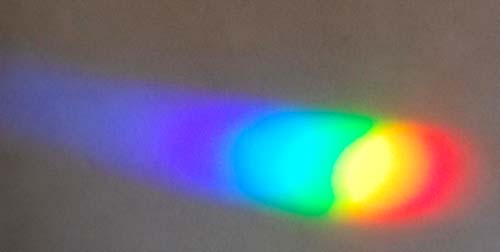 Celebrate scholars
With their augmented, logical left minds
Who categorized, analyze and label
Everything. 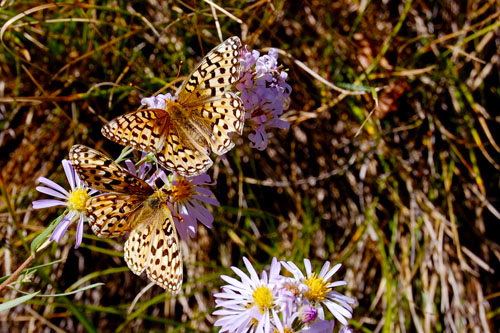 Some catch butterflies and count their
Legs, wings, colors, spots.
Kill them, stretch them and give them names
And numbers.

Then there are those who scan a poem.
Break it down, investigate it.
Count every foot to its last anapest.
And miss the meaning.

It is good they can’t catch rainbows
And separate them into sizes and location;
Study how their colors blend and divide,
And put them in zoos.

poetry and photos by Leenie


"A poem should not mean, but be."
Archibald MacLeish
Posted by Leenie at 8:37 AM 12 comments 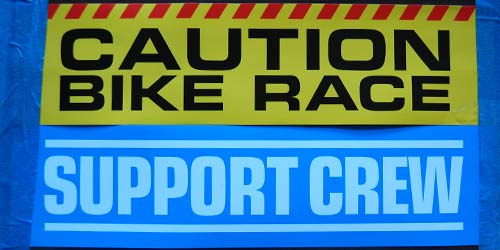 Human beings are often gluttons for punishment.  They observe
painful, tortuous and punishing experiences such as child birth, labor
and delivery; or running a marathon, and want to try it themselves.
And then, when the memories dim, they tell themselves,
"That wasn't so bad.  Let's do it again."  And they bring along
friends and family for fun and support.

Participants cycle 206 miles through three states--
Utah, Wyoming and Idaho--in one day.  Bobert's wife,
Greasy Lightning, was his support crew and met him
at the feeding stops with food and provisions.  We joined her
at the finish line to cheer our hero in.  After the race, Greasy
Lightning proclaimed, "I can do that, " and set out to complete
her goal with Bobert as her cycling partner.

Guess who they talked into being their support crew. 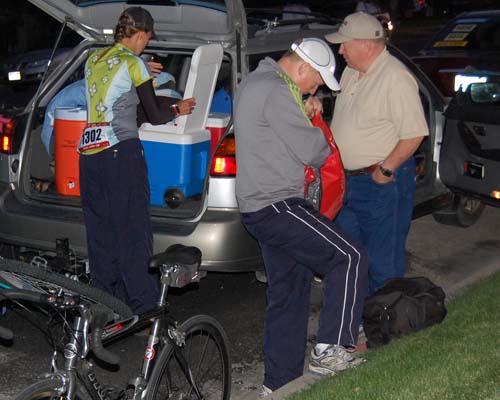 So there we all were in the dark of last Saturday morning in Logan, Utah. 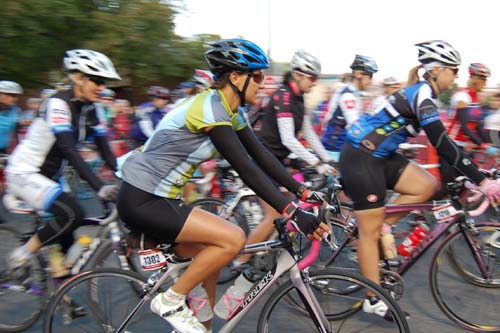 The bikers left in stages, Greasy Lightning ahead of Bobert. 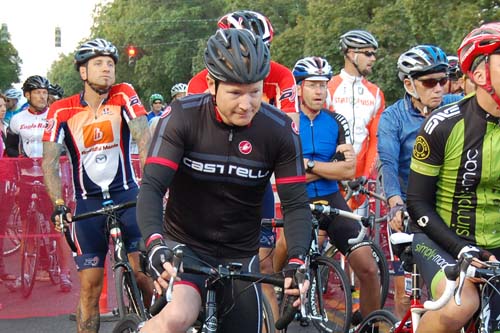 Bobert is an accomplished rider and he soon caught up with his wife. 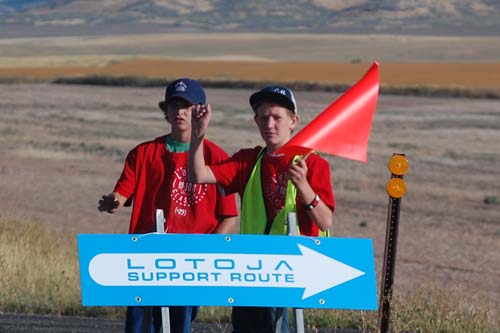 DH and I traveled with the other support vehicles on a different
route to reduce traffic congestion. 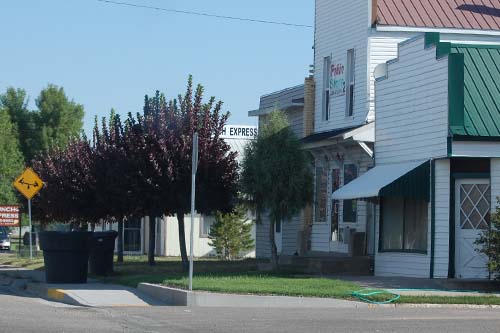 We took the long, long scenic route while the riders made
their way mostly along main highways. 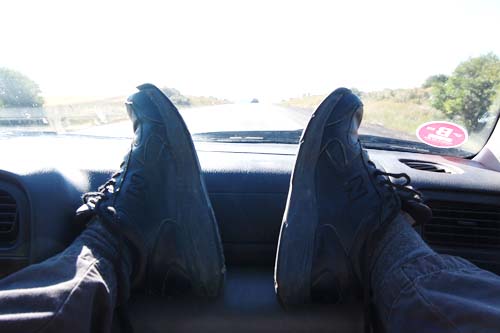 DH drove, and I rode shotgun.  Long periods of sitting make
my feet swell, so up they go on the dash. 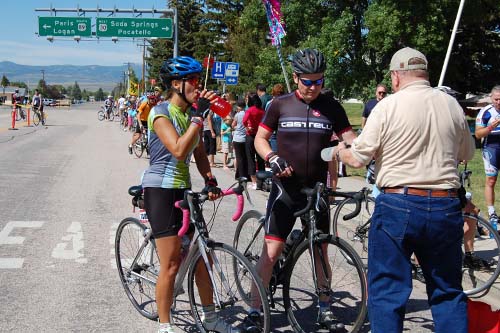 At designated places we waited to refill their water bottles and
provided high energy food and supplies. 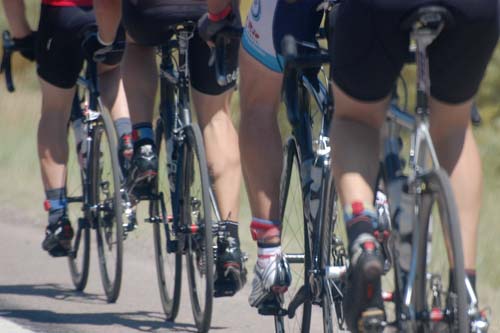 There were over a thousand bicyclists of all abilities and ages.
The course took them over three mountain passes.
The highest topped out at over seven thousand, five hundred feet. 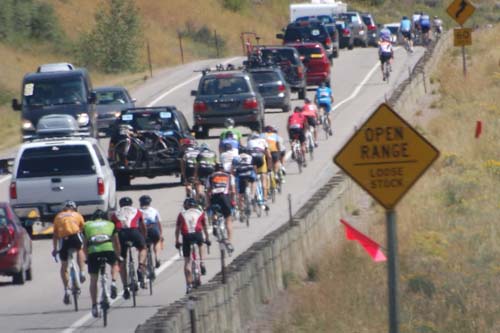 Support cars drove the same route as the riders as they ground their way up
Salt River Pass. I called it, "The Hill from Hell." 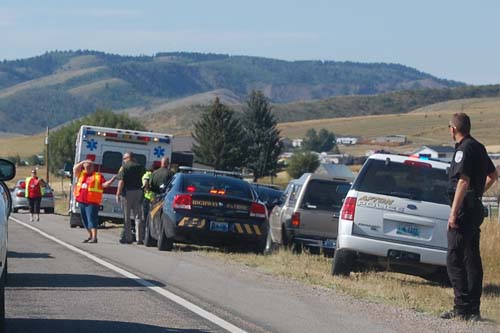 There were plenty of emergency services available in case
of injuries and medical problems.  We saw and heard about
several accidents, but I don't think anybody died. 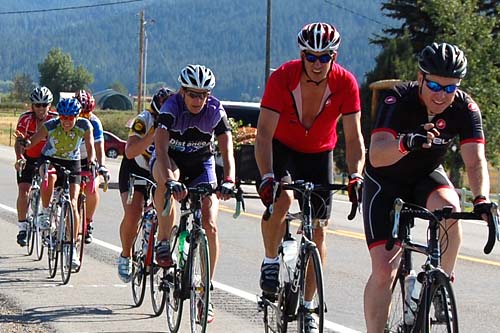 Our two bikers journeyed on for miles and miles and
hours and hours, and still had smiles for the camera,
That's Greasy Lightning in the lime green with flowers.
Bobert is leading this pack. 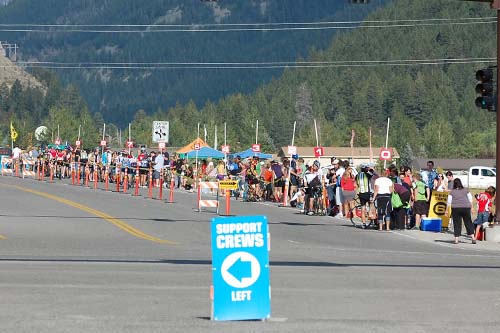 It was late in the afternoon when we met them at the last feeding
stop in Alpine, Wyoming.  The fast and powerful riders had
already finished by this time. 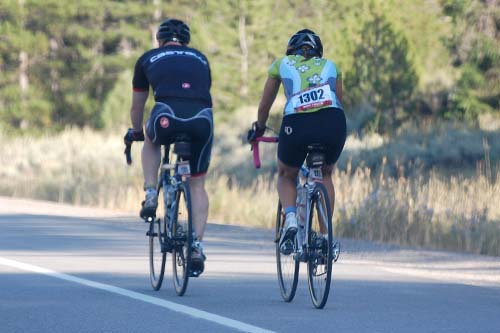 Though Bobert is a strong rider,he stayed with Greasy Lightning to cheer her on. Even other riders had to smile at his clowning around to rally spirit. 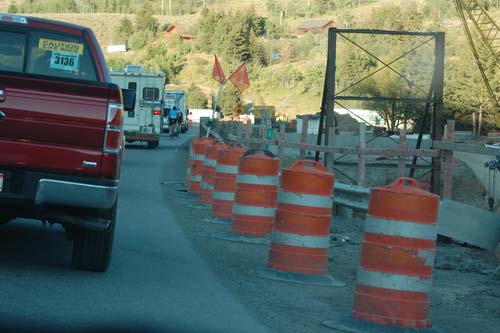 The racers had to deal with several miles of construction along the
Snake River in Wyoming. 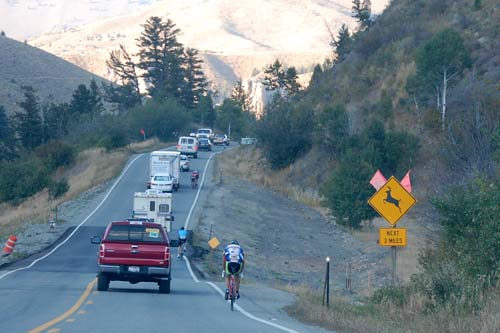 Plus more hills as the road gradually gained altitude
toward the end of the course. 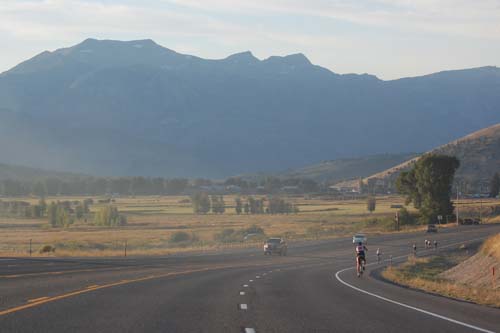 Finally the valley opened up... 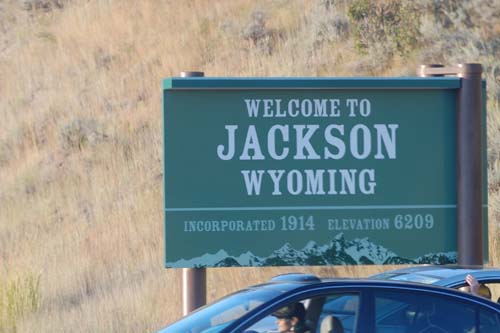 ...as we arrived in Jackson, Wyoming. 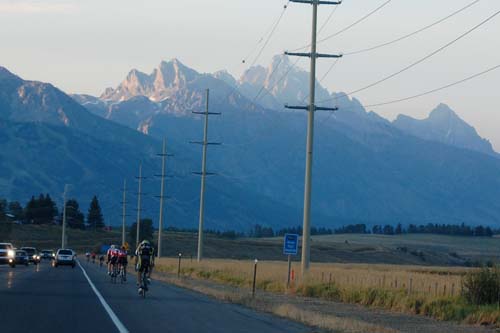 We were quickly running out of daylight and approaching
the cutoff time for the end of the race. 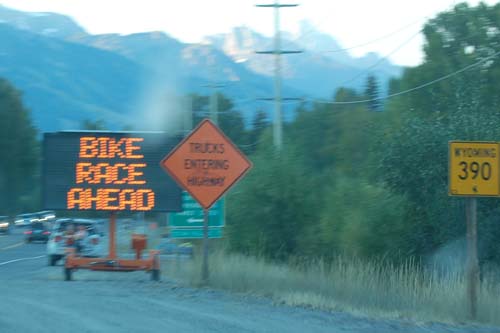 DH and I arrived at the end, parked and hurried
to the finish line with hopes that our team would make it in before dark. 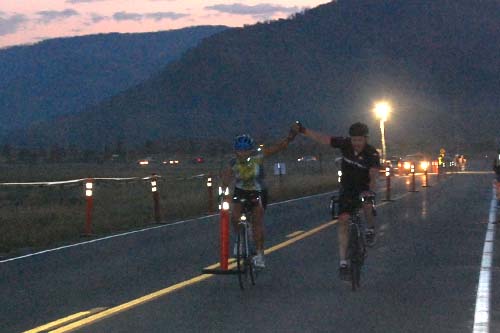 After twelve hours of biking they rode in with time to spare.  Woohoo!!! 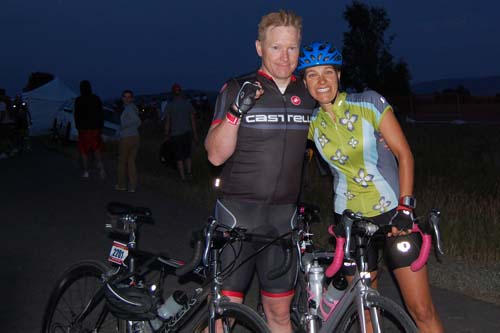 Greasy Lightning said she was totally excited she finished and that once was enough.
Posted by Leenie at 10:36 PM 11 comments