I don’t often carry my camera on morning walks. I get so caught up in taking pictures that I end up late for work. So I didn’t have my camera along that morning.  But I doubt I would have photographed what happened after a car left these skid marks through the crosswalk. 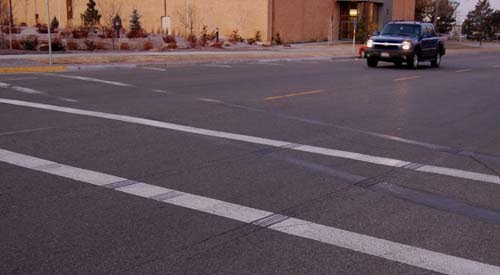 It is November so there is no sunrise until almost 8 a.m. Since there are no street lights around the pond I don’t like to walk there in the dark. 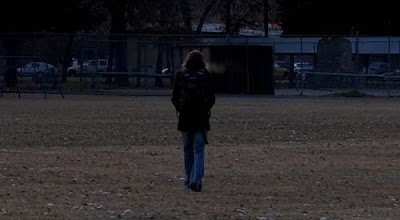 Instead I usually go by the park 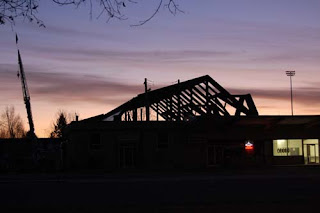 then past the laundromat and the nearby construction for a large store. 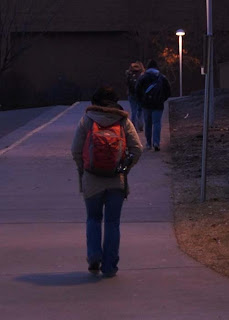 Then I go through the university campus which is well lit and occupied with students on their way to their 7 a.m. classes. 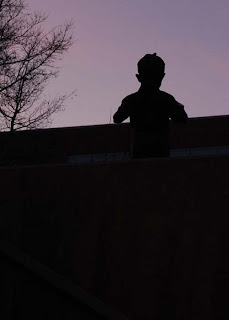 I take the stairs up to the library

where this guy almost never fails to freak me out… 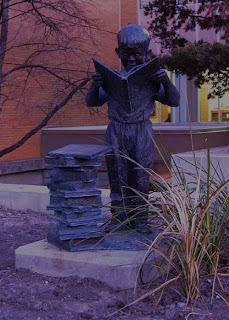 until I remember he is just the kid with the stack of books by the front door. 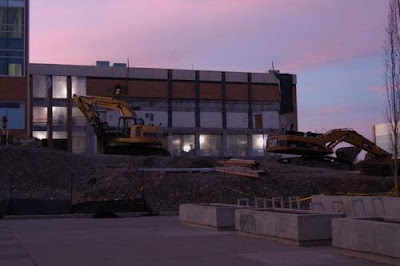 There is construction on campus as well. They are doubling the size of the student center. 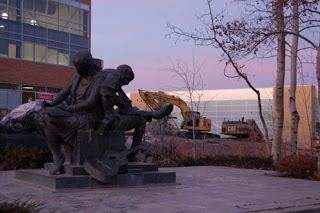 which must make it difficult 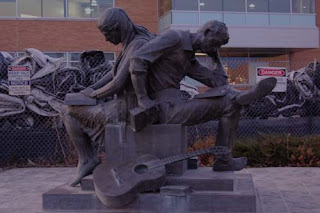 for these two to study. 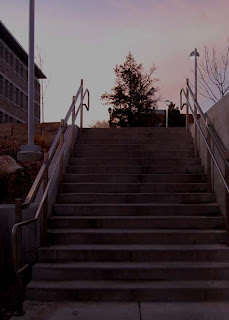 As usual, last Wednesday, I took the steps down by the fine arts center and was returning home as the sky was taking on a pink light. 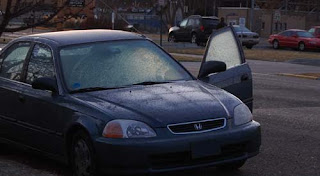 During the cold nights around here weather usually leaves a heavy layer of frost on vehicle windows. This guy was smart and was warming up his car so the defroster would clear the ice.

Anyway, I was walking down the sidewalk on the edge of campus when I heard the screech of tires followed by a scream. I turned and saw a young woman down in a crosswalk and two guys bailing out of their stopped car. A crowd quickly gathered with cell phones at the ready. I was about a block away so I stepped to the edge of the street and motioned to approaching motorists to slow down and directed the ambulance and emergency response unit when they arrived minutes later. 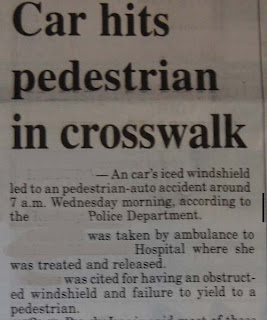 I was so sorry the young woman was hurt and relieved to learn her injuries were not life threatening.  The paper reported she was treated and released. The driver was cited for having an obstructed windshield and failure to yield to a pedestrian. 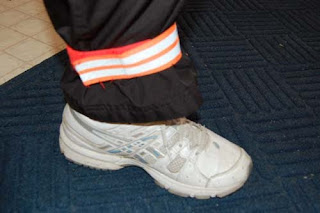 The event was a reminder to me that crossing streets in this town is like playing Reality Frogger, especially around the university. The students from warmer climates have quite a learning curve when it comes to driving in ice and snow. People hurrying to class results in distracted pedestrians and inattentive drivers. Even wearing light clothing and reflective gear is not enough to get one safely across the street when drivers don’t clear the frost from their windows. Just because a person has the right of way doesn’t guarantee a vehicle will stop.
~~~~~~~~~~~~~~~~~~~~~~~~~~~~~~~~~~~~~
My blog has been selected to host Weekword.  The word is FEAST.  If you want to participate mention it in your comment on this or my Tuesday posting.  Then on Friday use the word as the subject for your post and link it to my blog where all participants will be listed.  Cheers, and look both ways before crossing those streets!
Posted by Leenie at 9:59 PM 12 comments

They call me Thomas.  I live at Leenie's house.  They say I am a Maine Coon Cat descended from cats that lived on Viking ships.  My day has no agenda. 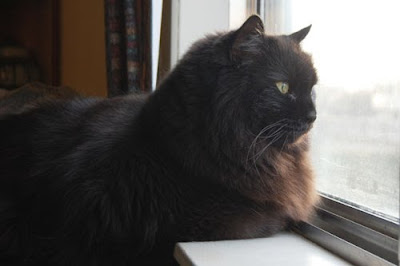 Sometimes I park my fifteen pound body on a windowsill to watch for birds and trespassing squirrels. I am a predator, although I seldom waste my time hunting. 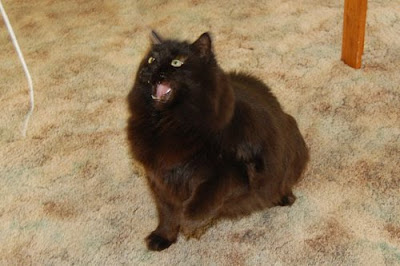 I earn my meals by acting cute and loveable. 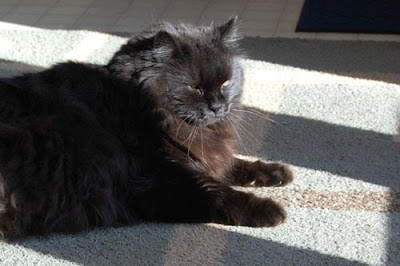 I have my own spot of sunshine on the floor.  I hate to go out in the cold, even though I have VERY thick fur. 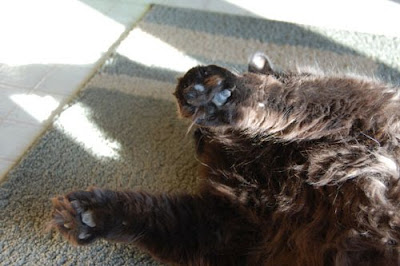 I even have fur between my toes. 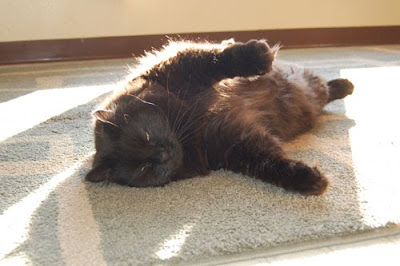 Most of the time, though, I show no interest in anything. 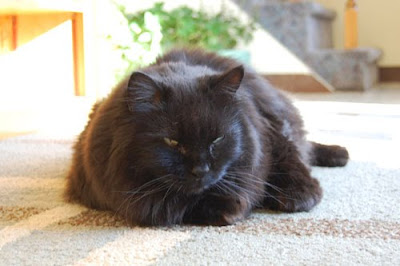 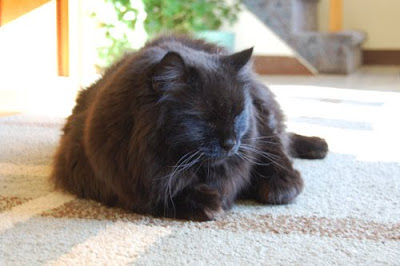 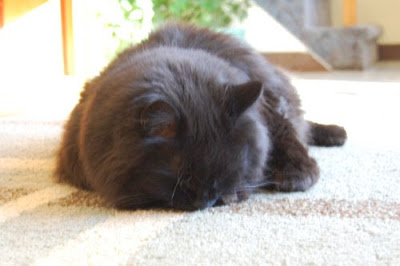 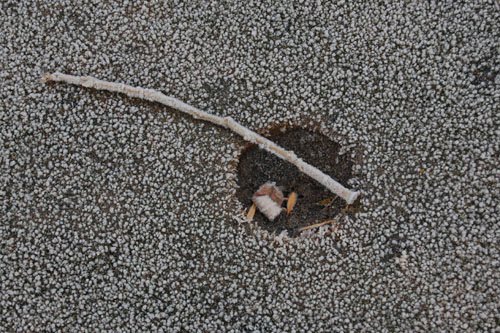 Nobody is playing golf. 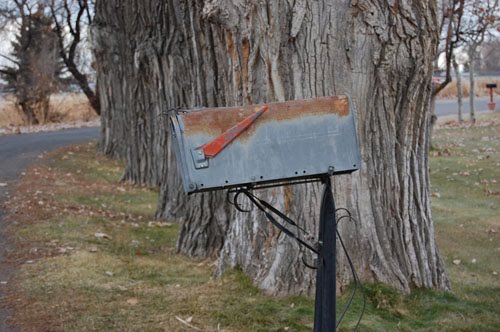 Nothing in the mailbox.

NOTE TO YOU NEW MOON FANS... 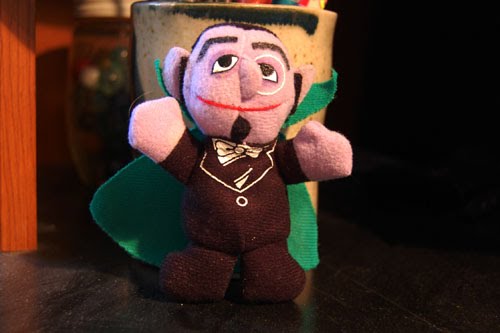 THIS is the ONLY ONE REAL vampire.  Wah-ah-ah-ah!
Posted by Leenie at 2:11 PM 3 comments

LOOKING FORWARD TO ANOTHER WINTER 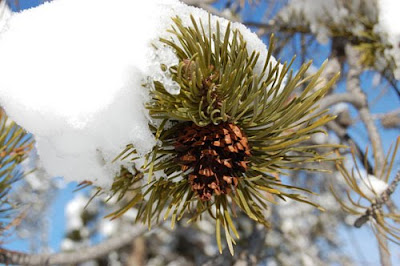 Oh, how I love The Rockies when the snow's up to your butt.

You take a breath of winter and your nose is frozen shut. 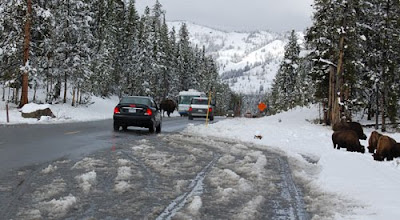 (Note the buffalo in front of the motorhome)

Yes, the winter here is wonderous so I guess I'll hang around. 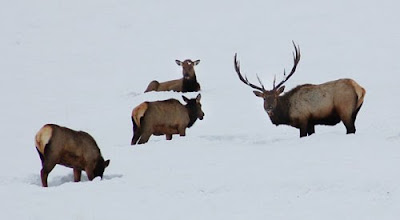 I could never leave The Rockies--I'm frozen to the ground. 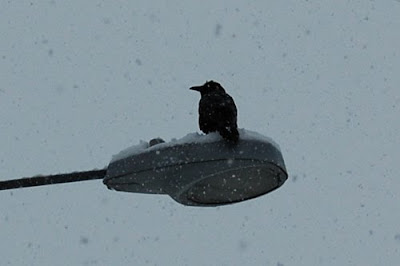 "Whiter than new snow upon a raven's back."