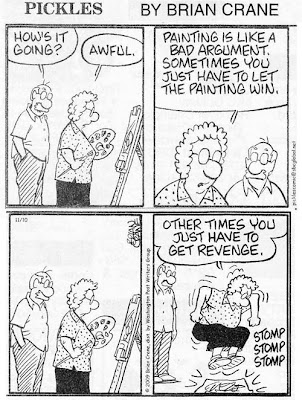 There are no mistakes; only lessons. 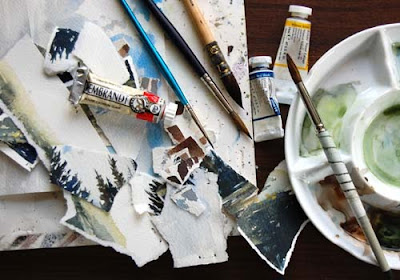 Lessons are repeated until learned.
Back to the drawing board.
Aaaarghh!
Posted by Leenie at 10:30 AM 10 comments

"The three great elemental sounds in nature are 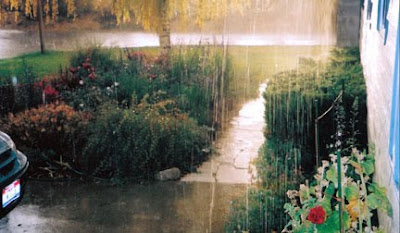 the sound of rain, 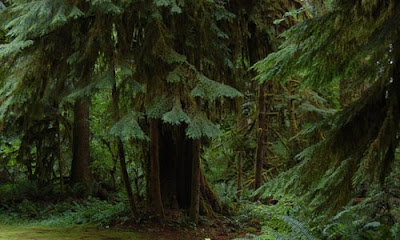 the sound of wind in a primeval wood, 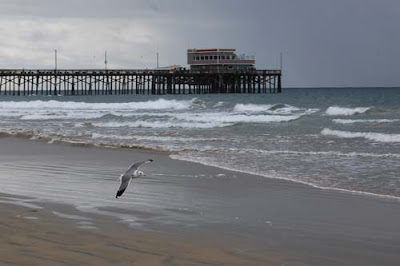 and the sound of outer ocean on a beach."
Henry Beston
Posted by Leenie at 11:04 PM 8 comments

SNOW IS A FOUR-LETTER WORD 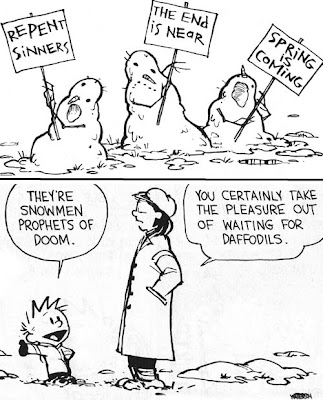 Cartoon borrowed from the great Bill Watterson of Calvin And Hobbes
It has been said that the Inuit have over a thousand words for snow. Around here we also have several words for snow. At this time of year most of them are not fit to print. But I will tell you about several different kinds of snow.
FIRST SNOW: Arrives in the night, but you know it is there even before you get up by the soft light in the bedroom and the silence outside. Gently stacks itself on fence posts and snuggles in the arms of trees. Covers dark dead leaves and dry grass.
FEATHER SNOW: Floats and swirls in big downy flakes. If you listen carefully you can hear the children’s chorus and "Song of the Dancing Snowflakes" from Tchaikovsky’s Nutcracker Suite. 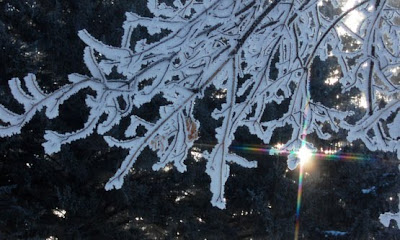 FOG SNOW: It doesn’t fall, it grows. Through a foggy night long white crystals form on every possible surface. Lacy delicate patterns turn even the unsightly into a thing of beauty.
CHRISTMAS SNOW: Brings brightness to the darkest part of the winter. Enhances holiday decorations by reflecting colored lights. Hangs icicles from eves, and frosts the evergreens. 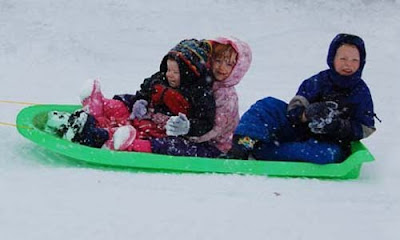 SNOWMAN SNOW: Falls in thick, wet flakes. Closes school. Perfect for packing into snowballs, making snowmen and for sledding.
POWDER SNOW: Cold and dry with fine crystals. Fills pockets in the high places of ski resorts. Causes insanity among skiers and snowboarders to the point that they joyfully fling themselves off cliffs.
STINGING SNOW: Icy with hard, sharp edges. Flies horizontally with extreme speed. Freezes exposed skin and makes its way through the warmest of coats.
BLIZZARD SNOW: Comes down so thick it's impossible to see across the yard. The wind heaps it into drifts. Snowplows work around the clock to keep roads open. Driving in it at night feels like going into warp speed on the Millennial Falcon.
BLEAK SNOW: Covers the landscape like a cloth over a dead body. The world seems like an old gray photograph. No sunlight for weeks. If you listen carefully you can hear "Laura’s Theme" from Dr. Zhivago.
SLUSH SNOW: Wet ice that clings to windshield wipers. Slows traffic to a crawl. Collects on surfaces until branches and electrical lines break and, in extreme cases, collapses buildings.
VAGRANT SNOW: Crusty, gray stuff covered with dirt. Sleeps in the gutter and under trees in the park. Hangs around in the corners of parking lots long after the rest of the snow realizes it has overstayed its welcome. 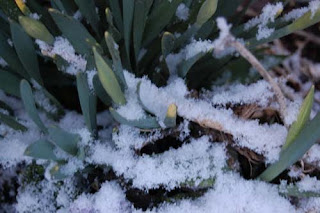 PELLET SNOW: Little round white bits that tumble out of sweeping dark clouds in early spring. Beats down daffodils and crocus blossoms. Causes frustration and intensifies depression. Then quickly melts.
DUFUS SNOW: Comes out of nowhere after winter is supposed to be over. Kills tender plants. Sets gardeners into a rage and weighs down leafy trees until their branches rip off.
Posted by Leenie at 2:53 PM 12 comments

Although the slowly retreating snow and blooming crocus are a welcome occurance. 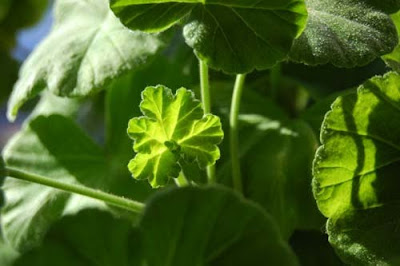 And the sun is finally shining brightly through the geraniums in my kitchen. 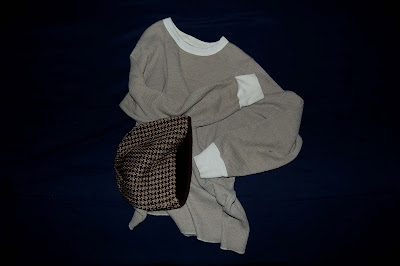 A true sign of spring for me is FINALLY a day when the furnace doesn't kick on all afternoon and I can go about without needing to wear thermals under my shirt. WooHoo!!!
Posted by Leenie at 9:20 PM 8 comments