A person of interest has been found for the Snowman Homicide and, possible triple murder. 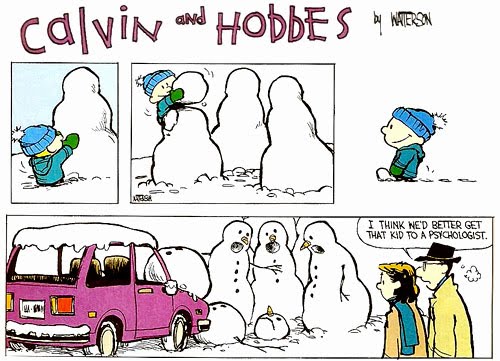 Calvin and his sidekick Hobbes are wanted for questioning. 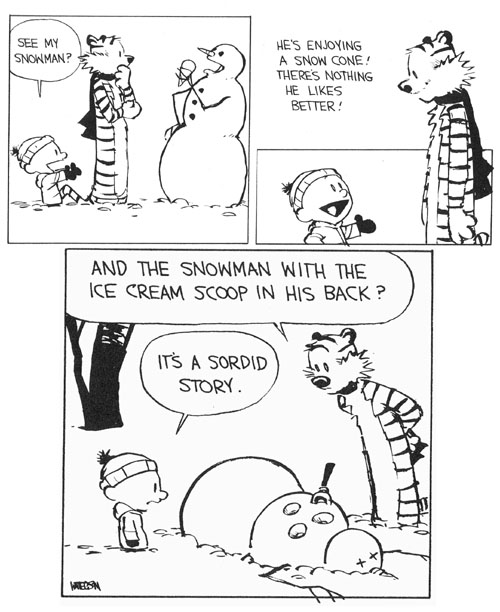 It is presumed that the young creative genius may have become disillusioned with the art world. 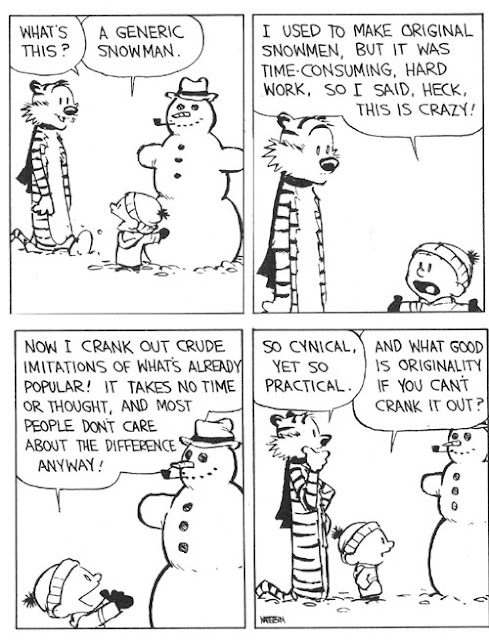 Much like original thinkers such as Van Gogh, Calvin may have lost touch with reality (whatever THAT is) and gone over the edge. His Snowman Sculptures appear to have taken on a more gruesome element. Although the other two snowman deaths may not be related; there is a possibility that this is a triple murder situation.
~~~~~~~~~~~~~~~~~~~~~~~~~~~~~~~~~~~~~~~~~~~~~~~~~
Bill Watterson, creator of Calvin and Hobbes is one of my favorite artists and philosophers. He takes the integrity of his work seriously and, rather than turn his wonderful world over to marketers of such products as boxer shorts, action figures, t-shirts and animated cartoons, he kept the rights to the strip and refused to license Calvin and Hobbes. Any products depicting his characters are knockoffs. His comments and humor are unequaled and his art work is outstanding. Of course posting his artwork is another form of knockoff, but it is done with sincere admiration.
Posted by Leenie at 4:11 PM 5 comments

It snowed here a few days ago. Since then the weather has been warmer so most of the white stuff is gone. Over the weekend I took a walk across the park to take some artsy photos of things like-- 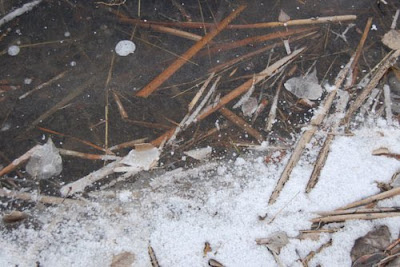 the neutral colors of winter ice and… 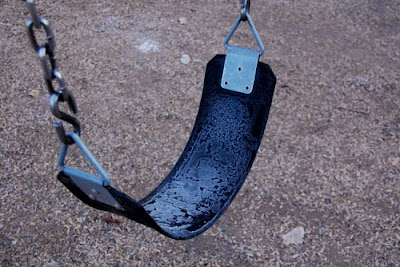 frost on the empty playground equipment. Then I came across this-- 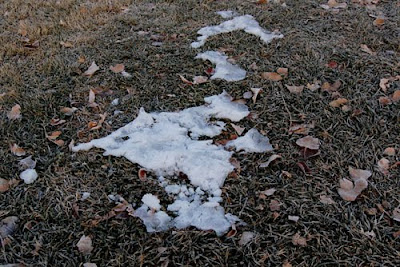 --the remains of a dead snowman. 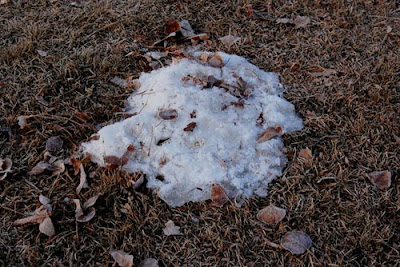 And, nearby, another corpse! The only forensic knowledge I have is from all those crime scene television shows so I could only guess that the deceased succumbed to solar exposure.

Not far away I discovered a sight of horrific carnage. 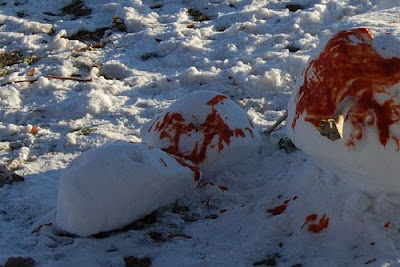 Such bloodshed and slaughter I have never seen!
The head was torn off and the body was impaled with a sharp stick. 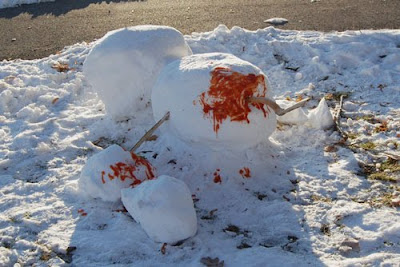 I considered notifying the authorities. But I have also learned from the television that reporting a crime leads to being dragged down to the police station where the witness is shut up in a little gray room. Then he is viciously questioned until at last he confesses to a felony without even an attorney present.
So I went on my way. I saw nothing. In fact, I was never there.

Update: for the rest of the story go here.
Posted by Leenie at 8:52 PM 10 comments

ALL YOU HAVE TO DO IS BE THERE

WEEKWORD PEOPLE: I asked FRUENSWERK  to take Weekword.  She has chosen  CONTRAST.  If you want to be part of Weekword leave a comment on her blog.  Then Friday post something on your blog with CONTRAST as the subject and put in a link to Fruenswerk.  She will list all the participants with links.


Nine years ago on December 29 a special young man came into the world. He now lives a few hours away so we had to wish him happy birthday by phone.

His birthday reminds me of another event that happened that day before dawn in our town. I went out for an early walk in the dark snowy streets. I could see a strange glow in the sky and, as I neared the campus, I could see a huge building was going up in flames. It had been in the process of demolition since it was old and too far gone to repair. The demo crew had fenced it off and salvaged what they could over a period of weeks. Then they began to pull it down in the middle of the night when the campus would be empty of people. They were using huge steel cables tied from the stone walls to heavy construction equipment when the friction caused sparks and the dry old wood interior caught fire. It went up like a torch.

By the time I arrived the fire was under control and the firemen were just keeping the surrounding buildings cooled off while the flames did the job of reducing the building to rubble. I came back later on my way to work and took a few pictures of the smoldering remains. 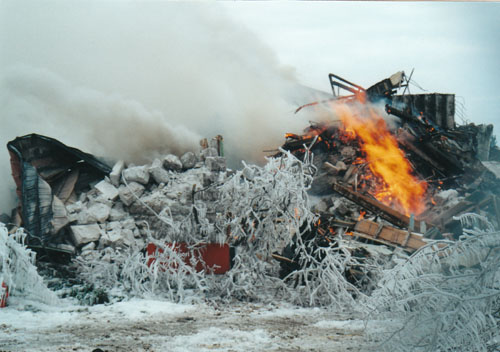 While walking home that dark morning through the silent streets I had time to think about how big events can happen during ordinary days in ordinary places and how people can sleep through or pass by moments in history and often not know what they missed. The following poem was written at a different time, but expresses some of these thoughts:

When we’re crammed inside our vehicles

Our eyes upon the ground;

When we’re huddled in our houses

In our offices and halls

Staring at the walls

We miss a lot of glory

Meant for all of us with eyes

In the endless awesome beauty

Of the steady silent skies.

In the blackness of the nights,

The magic of the rainbow

Out of nowhere after rain

Nothing we can hold or catch.

All we have to do is be there.

All we need to do is watch.