The hearty souls who spend hours driving snow plows, usually in blizzard conditions, and often all night have a thankless job. Without their hard work their neighbors would be unable to travel down the streets and roads. 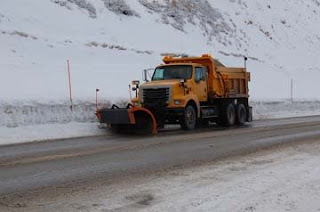 However, they have to put all that snow somewhere; and it usually ends up in huge ridges across the driveways. We live on a dead-end street --four houses on each side. In years past the city sent a front loader to clear the way. They pushed the snow either into the vacant lot at the end, or dumped it into the canal at the other. Now there is a house at the end of the street. 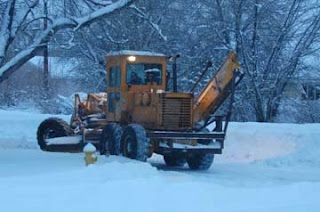 The city sends THE BLADE, a large road grader 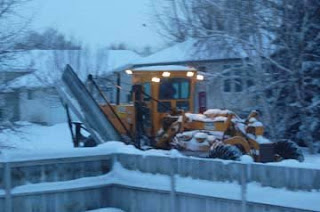 that backs down our street, lowers the blade, 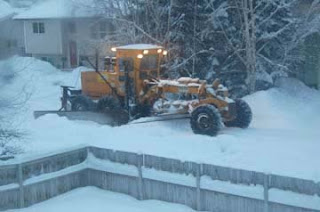 and drives forward--forcing ALL the snow in the street to one side---our side. 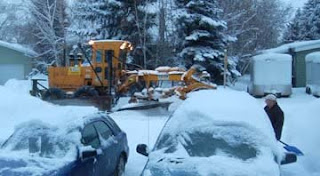 DH was shoveling out the parking area around the cars this morning when the snow plow went by. I won't tell you what he said when the snow was emptied into our drive. AGAIN.
Posted by Leenie at 2:36 PM 5 comments