Several years ago DH and I were traveling through south central in late May across an area called Camas Prairie.  In every wild meadow I could see the haze of acres of tall blue flowers.  I wondered what big blue wild flower was growing all over Camas Prairie.  Duh. 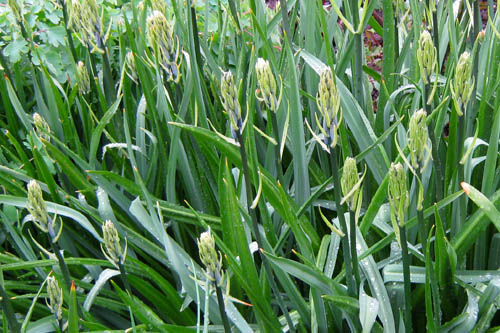 Blue Camas grows wild in the middle altitudes of the
western and . 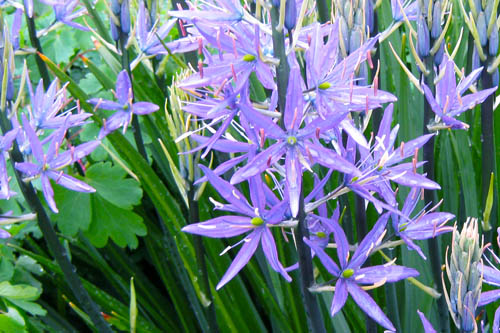 The plant comes from a bulb similar to that of a tulip.  Camas bulbs were a staple food source for many native people long before white explorers arrived.  The bulbs were pit-roasted or boiled.  When dried they were pounded into flour which was used to make a bread. 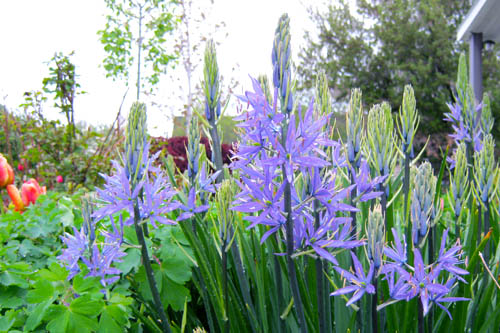 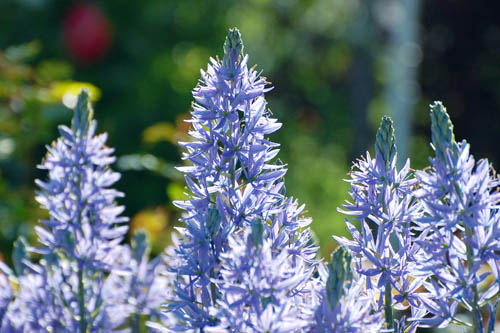 I was able to purchase some Camas bulbs and I planted them in my garden.
They have thrived and every spring there are more. 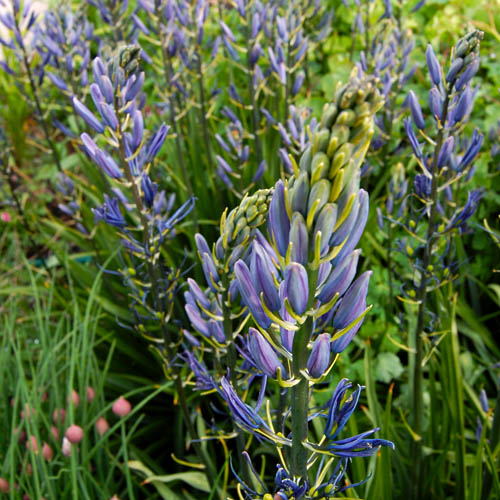 I’ve never tried boiling them, but I understand they taste something like sweet potato but sweeter.
Posted by Leenie at 6:46 PM

Ooo! Something new and fun to try in the garden! They're beautiful. :)

I never knew that - that is so cool! And the blue is so amazing! I'm so glad they are thriving in your garden, Leenie.

Oh who could bear to boil the bulbs of such a beautiful plant.

i love the personal connection we feel with our flowers and plants, so profound. the thoughts they evoke....

Those are beautiful. I don't think we have those jewels here. Thanks for sharing.

Lovely AND educational! Always worth stopping by, Leenie. I never come away without something wonderful (and you are like salve to the homesick soul of this transplanted westerner).

They are beautiful I don' think I have ever seen them. Nice colour.
Darn spell check always says Colour should be color so just ignore, that is how we do it here in Canada. LOL B

Blue flower draws out a latent emotion from me. I feel much vivid energy by Camas Lily. Thank you !