Okay, I expect a week of double-digit below zero Fahrenheit this time of year. 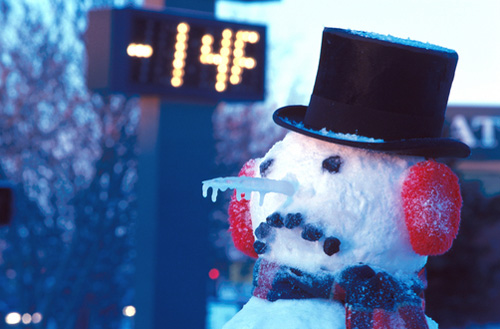 This photo is right-on, but stolen from National Geographic.
It looks better than my picture. 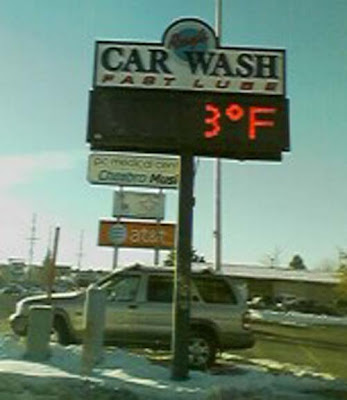 This is my picture.  The sign should read minus 8
but it’s so cold the rest of the digits don’t work.

It happens.  Every year.  That much I’ve learned.  What I haven’t learned is the part about getting out of the way.  I just sit here—year after year and watch the world freeze solid.

Yesterday I waited until the sun had warmed the air to a plus one and finally wrapped up until nothing but my eyes were showing and went out.  By the time I made it a whole block to my destination I had to remove my glasses because they’d frosted over.  Then my eyelashes grew icicles.  The friends I went to visit let me in out of pity even though they had no idea who I was. 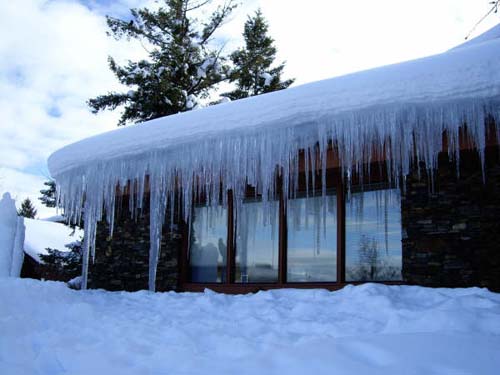 This is nuts.  One week I’ll accept.
But now, after a brief warm up to above zero,
the Alberta Clipper  is back.

There are students all over town just arrived from places like and with cars not juiced up with double strength anti-freeze. They run out in their sandals to jump in their ride to make their before-sunrise class only to find wheels frozen to the ground and the engine block has become an ice block.

We saw a couple hurrying to church this morning in double-digit below zero.  He was just dressed in his suit and she was in a short skirt and heels. 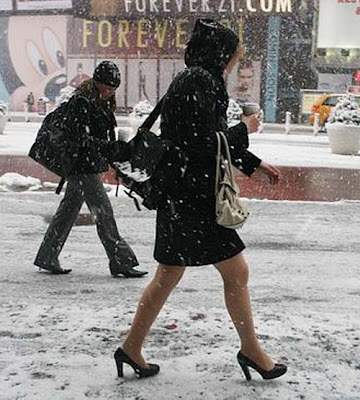 Last week we gave a ride to some newbies in this same situation.  The couple this week were within a few yards of the warmth of the building so we let them go.

Sometimes even a tough winterized car just can’t take the cold anymore.  After a few cranks they will groan, gasp and go silent. Mine is there.  Two days ago she went into cardiac arrest.  I called in a code blue.  We got out the paddles, yelling, “Clear!” Coaxing. “Stay with me!”  Finally she revived and seemed okay, but this morning we found her cold and dead in the driveway.  We’ll keep her on life support and get a new heart for her tomorrow at Walmart.  She should make a quick recovery after that.  This kind of weather makes the long muddy “spring” look so good. 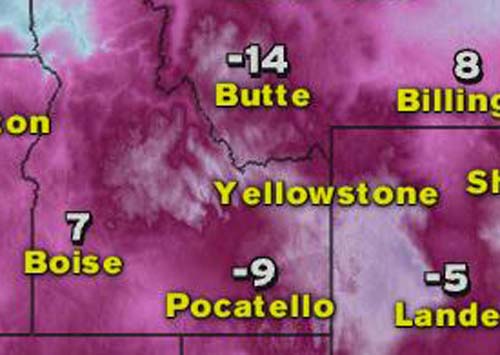 This is added in answer to joeh's question in the comments.
The answer is half-way between -14 and -9.
Posted by Leenie at 8:27 PM

Val: I've got one. It's either quit working or my legs are past feeling.

Oooh - that IS cold.

We got nearly down to 20 last night. Celcius. Will send you some next heatwave.

Where are you? Cause I need to avoid where ever you live until at least June!

Had to get my hot water bottle for this post, Cold here but not that cold! In Wyo, we kept my car plugged in to the house- so glad I don't live there!!!

YIKES. Not missing that one bit, I can assure you! You have my fullest sympathy -- if you want, you can just start borrowing my posts from last year, and the year before, and the year before that...Come see me in AZ. Seriously. We've been having record breaking cold, actually, but that's in the 20's overnight with highs around 53 or so. And the newscast says WEATHER ALERT!!! I know. It makes me laugh too. Stay warm, Leenie!

Oh my. That is way too cold for me! I hope you all come out of the deep freeze soon!

I don't know how or why anyone does it! It's just beyond cold once it reaches 0*. That happened a few times when I was growing up in MO. Shocking how cold it is and how many folks just ignore it ( ie: girls in high heels)
Question: Do you not have the plug-in dealie that my family in ND and MN had on all their cars? It would keep the engine block from freezing up, but I don't know how.

I saw some friends this weekend whose son is in his first year of college in Montana. They said when he came home for Christmas they had to force him to return to Montana, the winter has practically immobilized him. This is a warning for anyone who thinks of moving to California...it will make you incapable of coping with real life anywhere else in the U.S. Stay toasty!

I live in Los Angeles & it got down to 46 F Saturday night--unbelievable! Global warming--I think not!!

Patrycja (photoopassion) said...
This comment has been removed by a blog administrator.
January 15, 2013 at 3:19 PM