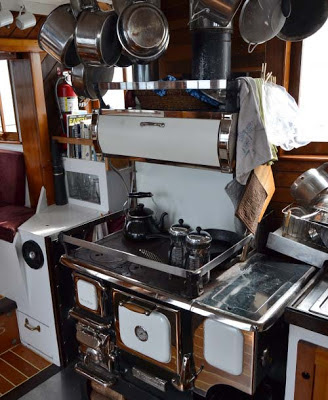 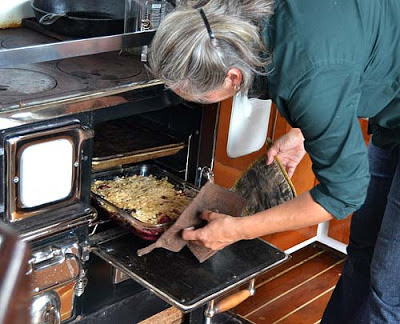 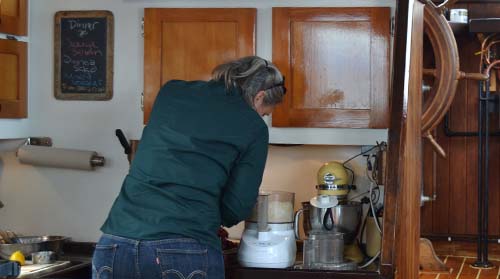 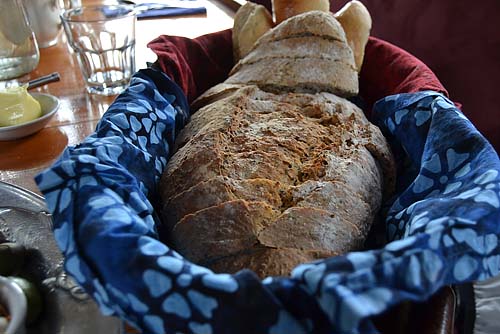 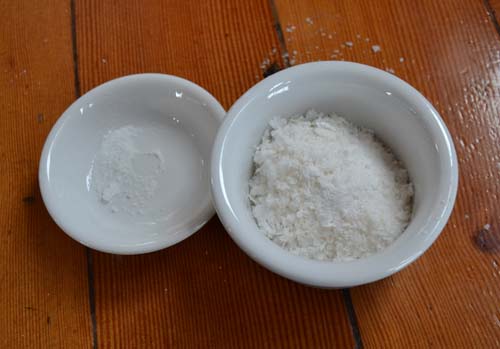 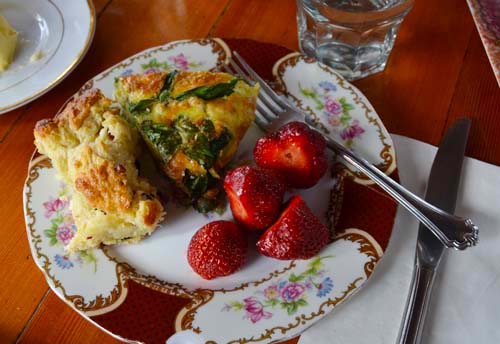 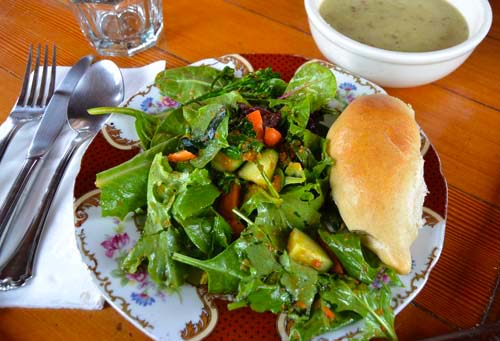 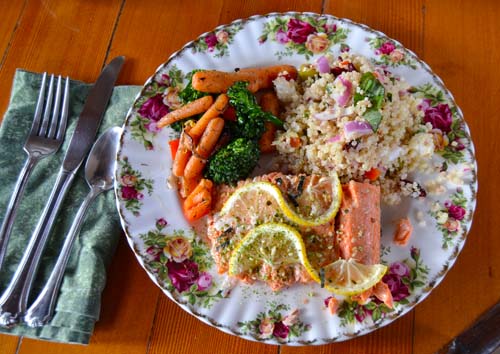 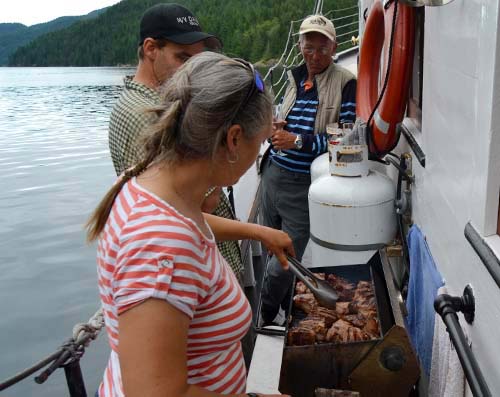 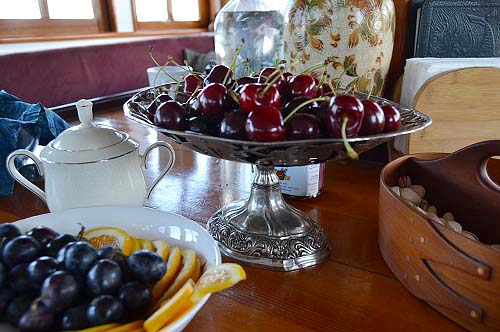 Labels: cooking and recipes, David B, fish, Inside Passage 2013, travel

Oh I cannot get enough of that soothing sound in your video and that kitchen is amazing. The food well all I can say is sign me up I need to be there. Incredible. B

The food looks fabulous! My tummy is rumbling now. That stove seriously scares the crap outta me! :)

In the Queen Latifah/Gerard Depardieu movie, "Last Holiday", she asks him (who's playing a chef) what true happiness is. He answers, "Real butter!!" I think Christine is a magician!!

It looks wonderful Leenie! You have made me hungry now!