HA! I finally nailed pulled pork.  Funny how I'm more proud of an accomplishment when I've tried and failed in a most impressive and magnificent way than when I figure it out the first time and get a handful of praise. Ever since I tasted my son's pulled pork with slaw on a hard roll I've wanted to duplicate the experience myself.

The first time I followed a recipe that told me to simmer the pork roast overnight in my slow cooker.  I kept waking up with nightmares to wander in to see if the whole thing had gone up in smoke or turned to a charcoal brick.  By lunch the next day I had a crock full of barbecue flavored pork the consistency of baby food. MEH

The next time I tried the root beer recipe.  When it was dinner time I had a hunk of rubber swimming in brown water.  Not so good.

This time I tried this recipe from Allrecipes.com.  I got up this morning and put the pork roast in my slow cooker with the onions and the sauce.  I didn't have chicken broth or apple cider vinegar so I substituted white vinegar and lemon juice.  I let the whole thing cook on the high setting for eight hours.  The liquid was almost gone at that point and things were getting a little crusty around the edges, but the pork was perfect. I pulled it apart with two forks and served it with slaw and whole wheat buns.  Tah dah! 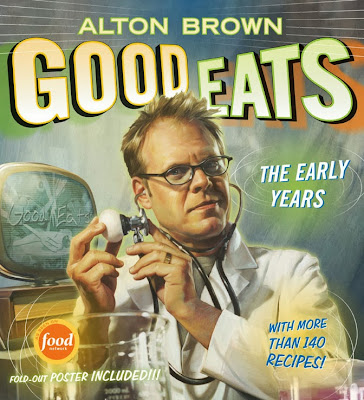 A trick I learned from Alton Brown on his Good Eats show on the cooking network (well, I've learned a lot from the few shows I've watched such as don't EVEN try to deep fry a Thanksgiving turkey) is a way to turn off your slow cooker at a specific time when you're not there. 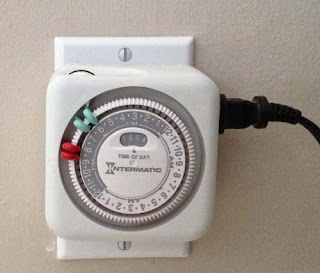 Plug the cooker into a timer like the one we use to turn off our Christmas lights at midnight.  Set the timer and, if you do it right, it won't matter if you are delayed getting home.

And now since we're talking about crock pots, here are some alligators.... 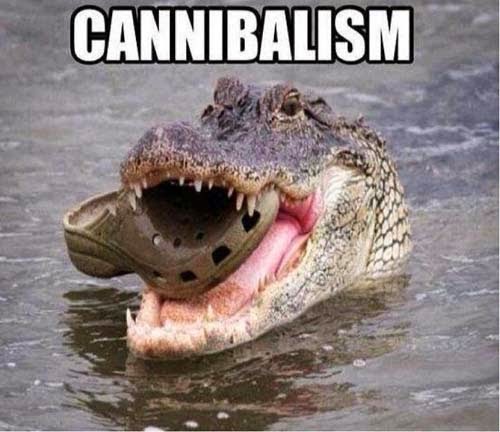 Wait.  If a gator eats a croc, is it cannibalism? 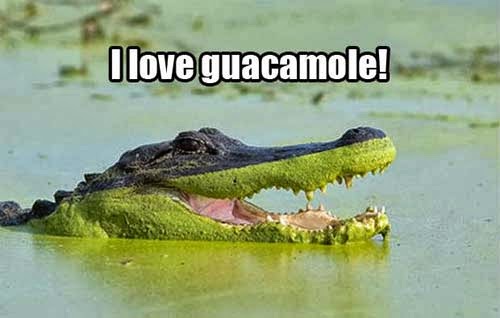 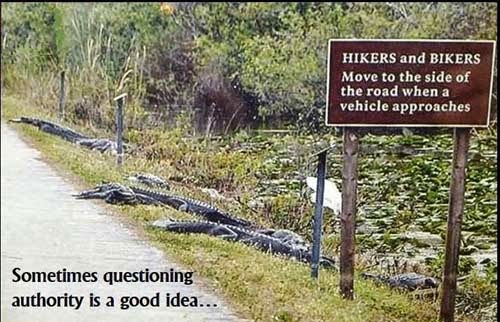 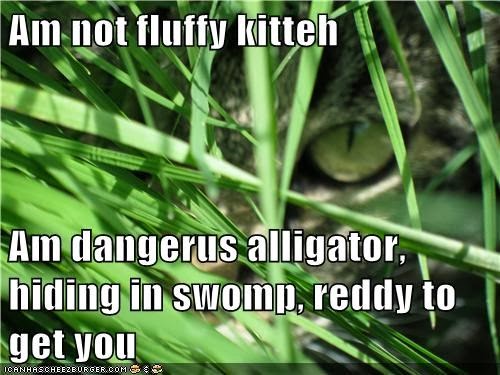 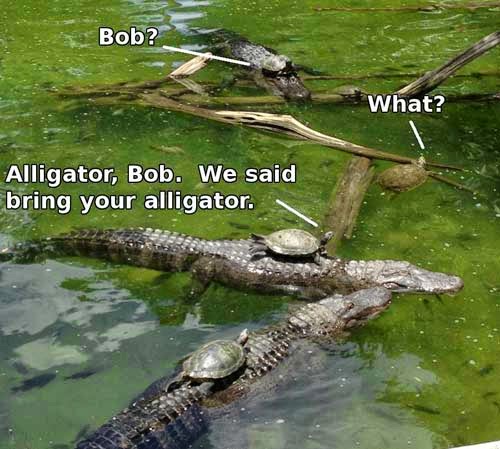 That is so cool about the timer. I'm getting one of those tomorrow because so often I'm not around when the slow cooker needs to turn off. I love Alton Brown.

Yikes - can't imagine living where crocs are (except for the plastic types of footwear). I'd never venture outdoors again!

We have this little place here that serves amazing pulled pork so I've never attempted it. But now I just might have to.

I just had some pulled pork yesterday, from a high school band car show fundraiser. Thank goodness they didn't have alligators.

I just finished "pulling" 52 pounds of pork for my son's housewarming party. :-)

Pearl, you are my hero!

My grand daughter is a pulled pork connoisseur. Wait till I tell her it can be made at home.

Mmmm...pulled pork with cole slaw on a hard roll is the best!

What a great idea about the timer.

I don't use my slow cooker enough, guess it's time to take it out.

I love pulled pork, and the only recipe I have ever used was made with a can of coke, and half a bottle of BBQ sauce, it's turned out great each time.

I have a terrible nerdy crush on Alton Brown. Glad your pulled pork turned out perfect!