Back when digital meant:  "of or pertaining to the fingers" or "displaying a time readout in numbers," and back when cameras actually captured images on film, I took a class in slide photography.  We learned not only how to take photos using 35mm Kodachrome, (a film so wonderful,Simon and Garfunkel wrote a hit song about it), but we processed the film in a dark room.  One of our final projects was to create a series of photographs that told a story.

Since I was a mom and had kids ready and willing to show off their acting skills, I wrangled my two girls to be my subjects in a short tale about bubble gum.  I got a passing grade and the slides ended up in a dark place for a long time.  The slides came to light a while ago and my oldest daughter kindly scanned them and gave the file to me to work over. 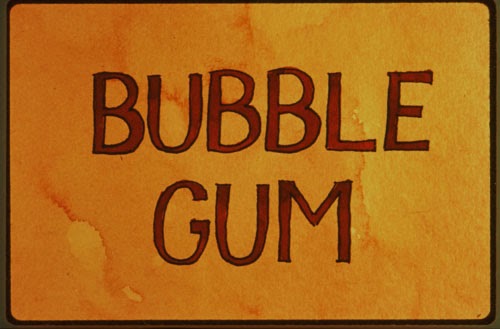 Time had not been kind to the film. 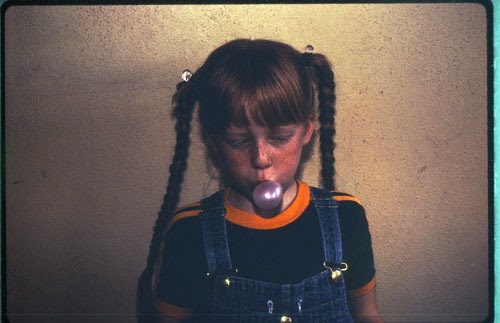 The photos were even darker... 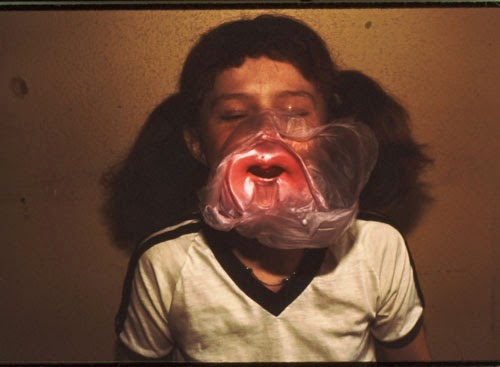 and more yellow than I remember them being originally.

So I did what I could with them in Photoshop to bring them back, then reproduced the little story in a movie editing program.

Here it is for your viewing pleasure.

As long as I was playing with pictures in Photoshop... 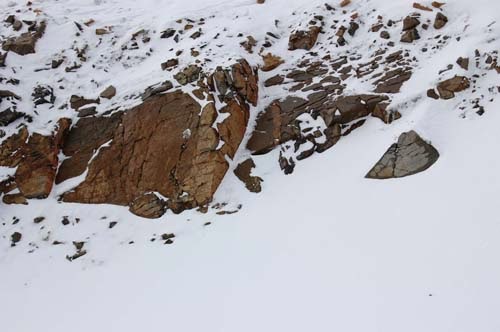 I brought up a  photo I took a few years back when DH and I were driving over Beartooth  Pass in southern Montana "the most beautiful drive in America." 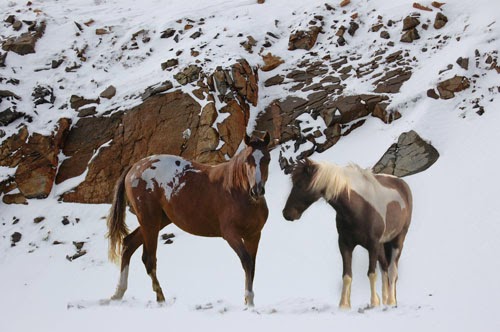 ...and added some shots of ponies I had on file... 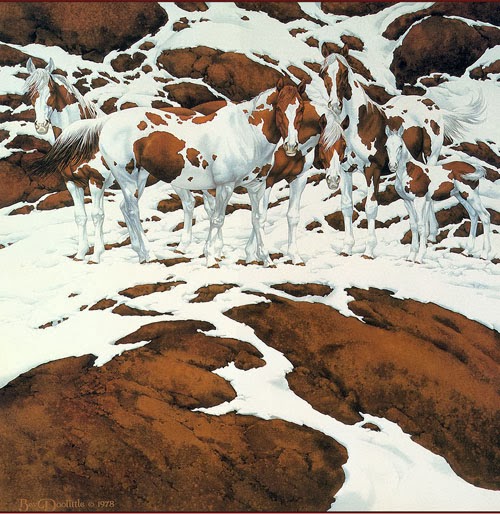 ...to create an homage to Bev Doolittle's "Pintos."
(how many ponies can you see?)
Posted by Leenie at 3:52 PM

Fun project, lots of work. I only had one go at processing my own color film. Too fiddly.
I think I saw six sets of hooves. Any more tucked away in there?

Love the bubble gum thing, you should have done better than just passing. Especially liked the pig tails.

Dang! Those pintos look like a jigsaw puzzle our librarian might set out on her counter to drive visitors crazy.

Bubble gum series is THE BEST , glad they did not get lost.I see Five horses and a stylized flying insect . Mr. man loves Bev Doolittle's stuff, I admire her skill however her work gives me a headache. I have a very simple mind, you see.

Back in the day-
Your little daughters- so adorable!
Wonderful life!

I love your little film!!
I counted six horses - I think I am now cross-eyed from squinting at the picture!!

Oh, yes, Beartooth Highway is a magnificent road to travel.

Cool shots, Leenie! Fun to look back like that. :)

Oh, I see four ponies. But bear in mind, I have my eye dr.'s appt. next month and I'm due for a prescription change. :) I loved how you pinto-ed the ponies. :)