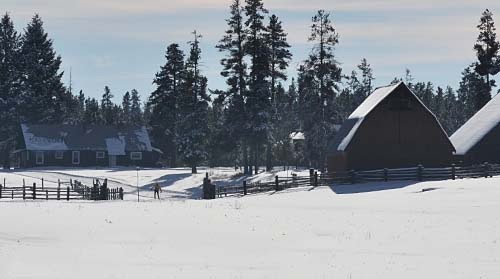 in originally belonged to Union Pacific Railroad investors.  Then it became a cattle ranch and private retreat for the Harriman and Guggenheim families.  Now it is open to use by visitors for hiking, biking, fishing and, my favorite, cross country skiing. 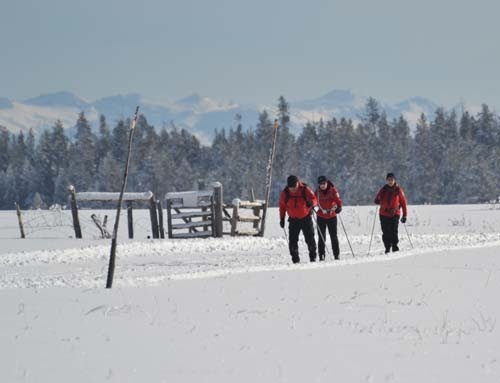 These three skiers were all dressed alike and enjoying the perfect conditions on the day I was there. 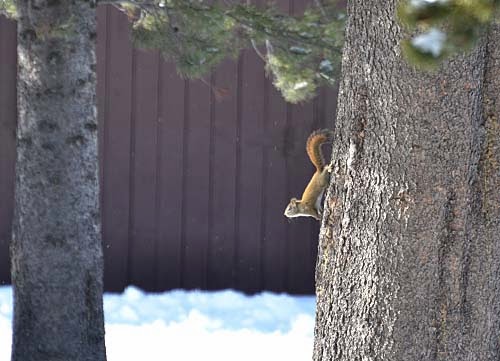 Temps were warm enough the squirrels were out digging up a little lunch. 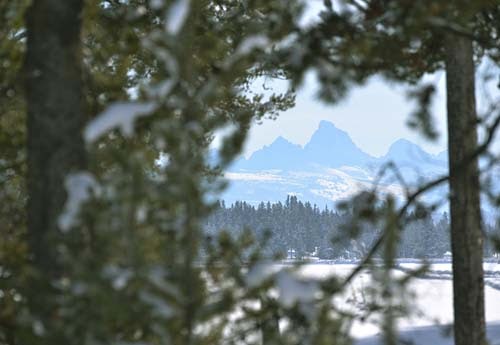 Across the valley was a great view of the jagged peaks of the Grand Tetons on the border between and . 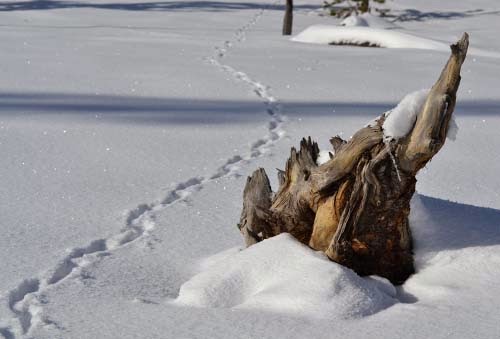 Wild animals such as deer and coyotes left their tracks in the snow. 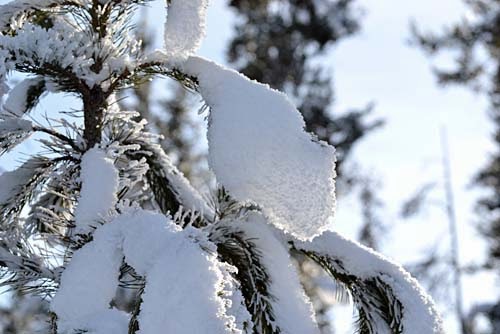 The sun was out casting blue shadows across the frosty trees. 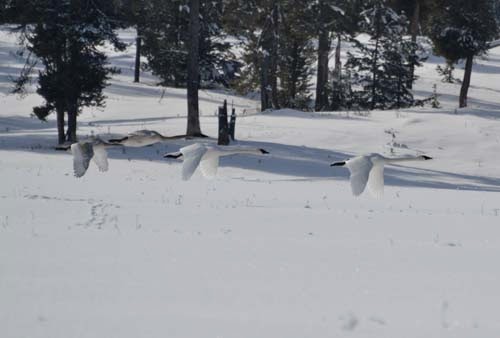 The trumpeter swans who winter at Harriman always honk like a traffic jam when they take to the air on their giant white wings. 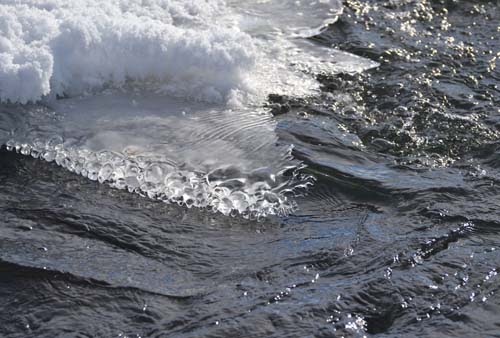 They were headed for the open water of the Henry’s Fork of the . 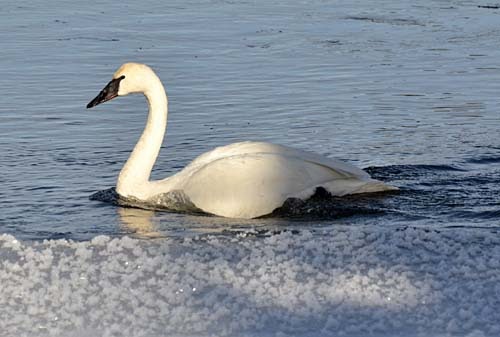 They pretty much ignore humans who pass by in the ski trails. 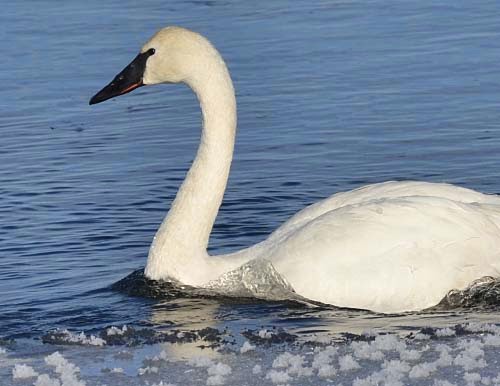 Scenes like this make it well worth hauling a camera with a zoom lens along on a cross country ski trip.  But having that camera on board really cuts down on risky and adventurous tumbles down the hilly trails.

Next time I’m leaving the big camera home and I’m going for the trail on the south side of .  Towanda!
Posted by Leenie at 7:52 PM

AS ALWAYS, i LOVE YOUR PHOTOS!!

Oh I LOVE LOVE it there I wish I was with you it looks like home to me except for the beautiful Swan on the Lake that would be nice. I started taking my little camera as I was terrified of falling and breaking Leo. Thanks for taking me along. Awesome shots glad you and your camera survived. Hug B

What a white winter wonderland.
I was the most inept, clumsy cross country skier you could ever know. The only part I "got" was going around corners, which was exactly like it was done on a motorcycle.

What stunning views. Your day looks inviting. Here we are being blown away with side flung sleet.

No swans here, but I saw a gaggle of geese sitting on the clear ice at the local lake. Even if I had a camera, or time to get out my cell phone, I would only embarrass myself. My son's the photographer in this family.

I actually shot (camera, of course) a family of trumpeter swans. The cygnet was bumping against ice. Either they missed their flight or they have a warm home locally. What glorious photos, Leenie! And those mountains! What a gorgeous place to cross country ski!

Cross country skiing sounds like fun-and something I would not be scared to do like I am of real skiing. before I got to the end of your post I was wondering about the practicalities of taking a big camera though. I am glad you did, especially for the swans. Their beaks are so different to the swans we have here-which I think are mute swans. I love seeing them land on water like mini aeroplanes!