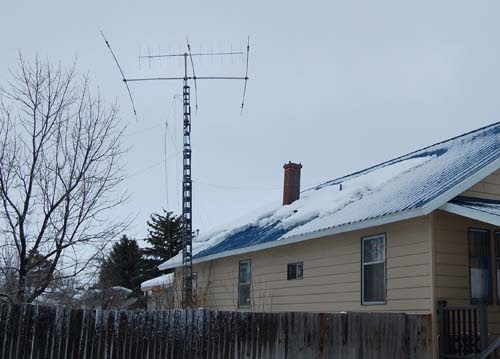 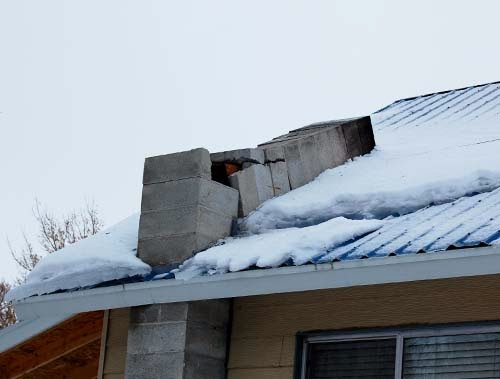 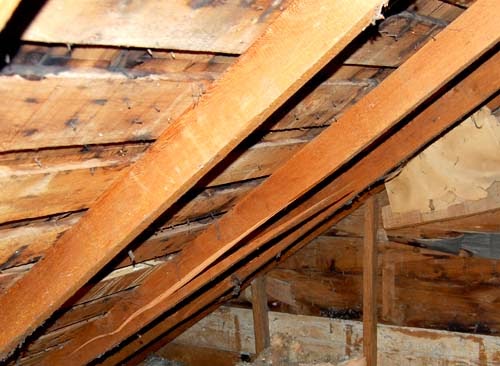 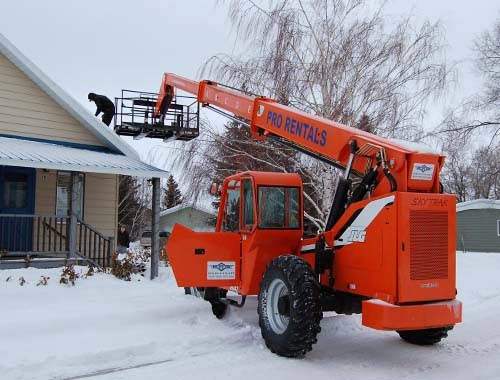 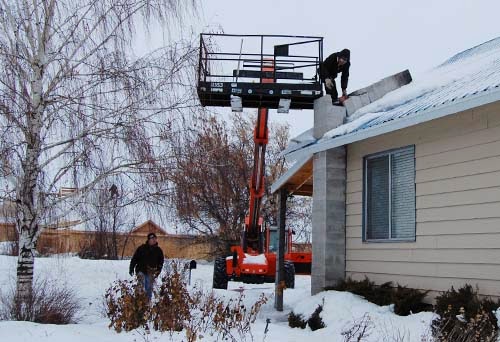 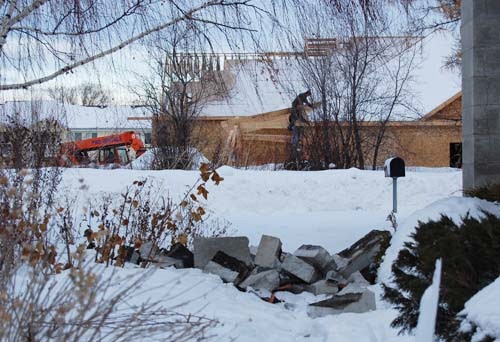 This was one of the first posts I put up on my blog.  Somehow the original ended up in cyberspace.  I decided this event deserved to be preserved so I've posted it again.
Posted by Leenie at 9:42 PM

I didn't get to read it back then, so I'm glad you re-posted it. That's what you call helping your neighbor! It's always great to hear stories like this...well...not about the chimney, but about the workers! :)

So you are going to fix the chimney right where would Santa come down?) Oh that is scary I am so happy it was better than you thought. Oh My Hero would love one of those little numbers instead of ALL those ladders:) I hope your roses are OK. Glad no one was hurt with falling chimney. Hug B

Men....they never listen to us do they? It was nice of the guys to give your hubs a hand (I notice he listened to you that time lol).

I love when folks do things out of the goodness of their hearts. I'm sure you payed it forward a hundred times over. :)

I'm glad you re-posted, too. People come and go, the stories remain. Is the antenna tower still up?

Joanne: The antenna is up and doing fine. Amateur radio is an important part of DH's life. However, the antenna is now guyed to a post in the garden which is hidden by shrubs and the rose bushes.

Geez, I hate repairs like that...although, I'm glad you got the labor for free!