Our first campers finally arrived.  They were a small group of young men and women with four adult leaders.  They were a good test of the facilities, and were the first to raise the Stars and Stripes for the season.

They wanted to do some kind of service project during their stay.  One of the leaders came prepared with a chain saw and offered to cut down and block some dead trees and have the campers stack the wood near the main fire pit. 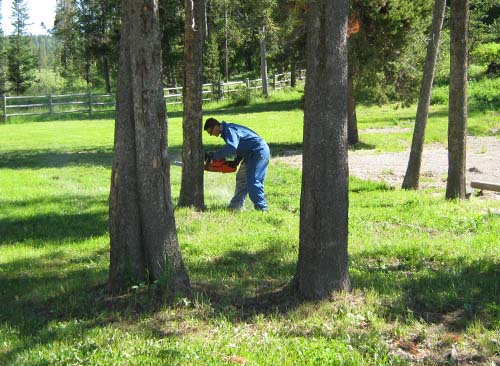 Two dead pines were pointed out not far from the main lodge.  Scott put on his overalls and went to work. 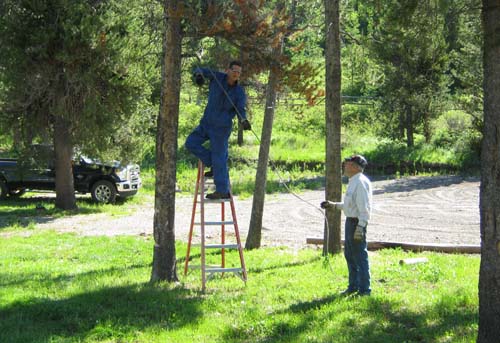 He dropped one tree right next to the fence but bringing down the other one in a good place was a challenge.  It was suggested he tie a rope to it to make sure it fell without hitting any out buildings. 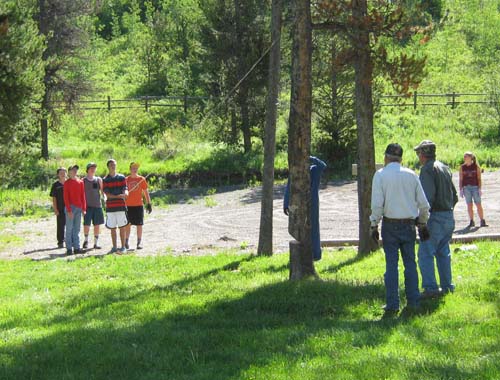 The young men were eager to use their muscles to pull down the tree. 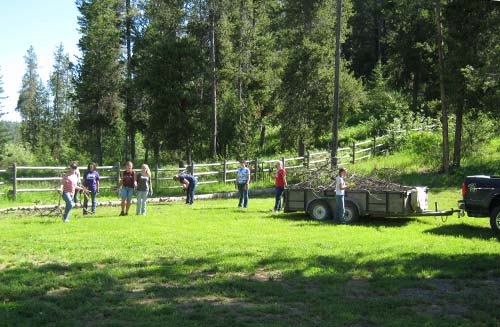 The girls who were carrying off sections of the first tree stopped work to see what would happen next. 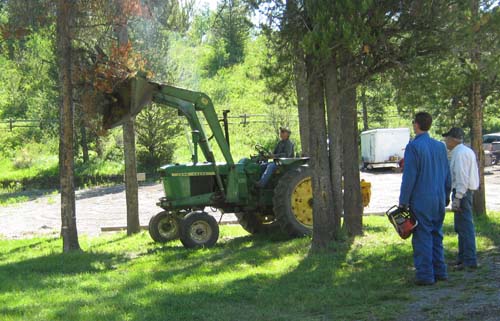 One of the camp managers had a better idea.  He sent the kids out of the way and brought in our big green John Deere. 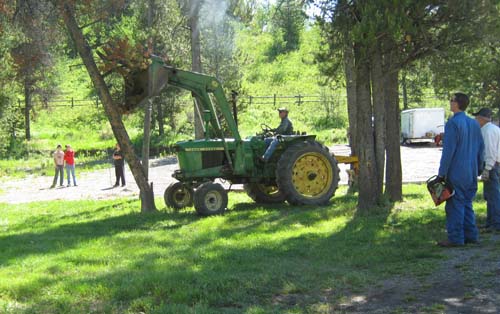 With a roar of diesel smoke the tree went over. 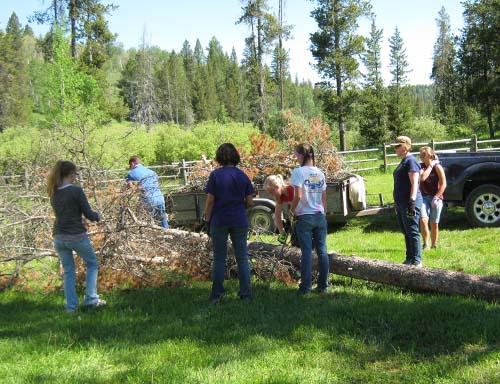 Scott trimmed off the branches while the ladies watched. 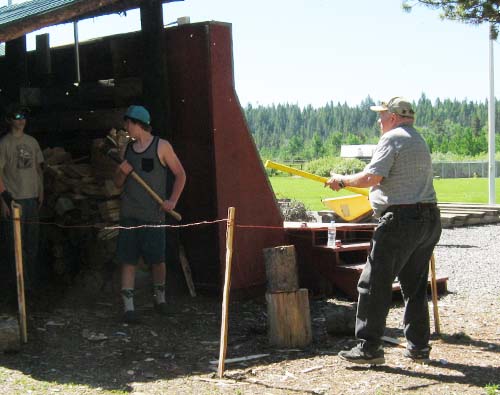 Meanwhile DH, a long time scout master, was checking the guys to see if they were current on their axe yard skills. 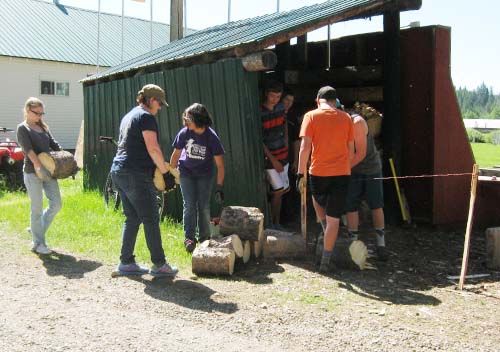 Soon there were chunks of tree arriving at the wood shed. 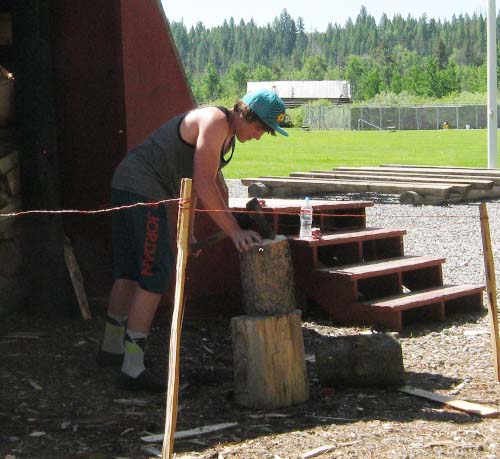 Our designated splitter was a young man from their school football team. 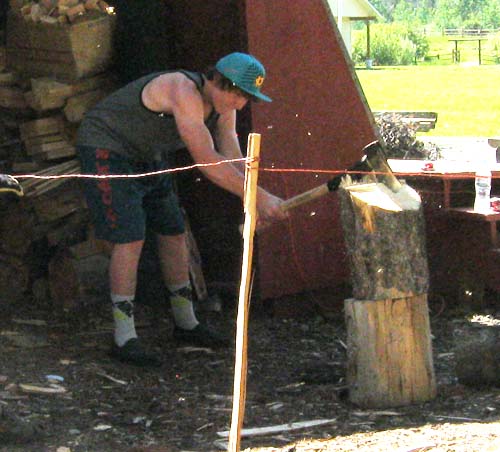 In no time at all the wood was cut, split, stacked and ready for their evening campfire.
Posted by Leenie at 6:41 AM

Splitting with a ax is not as easy as people think.

That's a lotta work, straight from the heart of someone who knows what it takes to keep a wood stove going through long subfreezing winters. Good job, one and all.

If anyone has ever cut and hauled their own firewood, they know this was TONS of work.

Well, I guess you won't be needing to buy our 1954 John Deere that is sitting in the front yard with a FOR SALE sign on it.

A lot of work, yes. But these willing young people made it look easy.

and if i was there, I would make sure that every young girl there would have a chance to use my 8lb maul to split wood, to see what a great workout it is :D. Pine is gravy wood to split - lets make the boys split elm next time LOL

What fun for you guys - a wonderful way to spend your summer outdoors!