SEVEN and ALMOST A THOUSAND

Seven years ago on September 17, I created "Side Trips" and put out my words on the world wide web. It was a challenging time for me. The care of my aging parents had become my responsibility. I had to make the choice to put my father in assisted living where he later passed away. Not long after that my mother followed. The clearing out and sale of their home also fell upon my shoulders. My siblings seemed to feel the less they knew about the situation the better. It's very difficult to face the decline and death of loved ones and much easier to hold on to good memories and pass over the truth.  That reality was brought into focus when my younger brother was diagnosed with cancer and passed away a few months later.  I treasure the comments he made on my blog in the time before he became ill.
At the time I didn't realize it but "Side Trips" was an outlet and a therapy for me. I've tried over the years to find the positive and humor in life. Focusing on bitterness and fear can make a person grumpy and is just a big waste of energy.

Since that day I've written almost a thousand posts.  I've made many friends all over the world who I'll probably never met and a few that I've talked to face to face and found to be just as welcoming and entertaining as their writing.  I like to think this little exercise has kept my own writing skills from getting too stale.  Another benefit is several three-ring binders full of memories and records of events.  I've almost always composed my blog posts first in Microsoft Word;  photos included.  When I've checked things over a couple of times I print them out and then transfer the writing and pictures to "Side Trips."  Reviewing is a real trip down a rabbit hole. 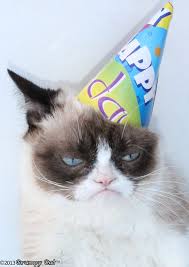 So, happy birthday, blog, and thanks to any followers who've checked in occasionally and kept me cheered and amused with your comments.
Posted by Leenie at 3:24 PM

Oh Happy Anniversary I wish I had of known you since the beginning but I have been following since I started blogging five years ago. Wow time goes fast in Blogland too.
I love you sense of humour and it has gotten me through many those same kind of days that you know all about. Congratulations and don't stop now. I do hope that we meet some day. HUG B

Happy anniversary, Leenie from one of the many close friends you'll never meet!!

I hope you didn't give your blog those birthday candles that keep re-lighting! Tell it to eat a big piece of cake for me.

Your blog is always wonderful just like you ! Thank you for keeping at it, I always come to your blog for loveliness. LOVE YOU!

Happy Birthday Blog! I'm so glad I found you, or you found me, or however it went. And I'm really glad we got to meet in person!

Hi Leenie!
Happy blog birthday! I am interested that you print out all your posts after having written them first in word. A good thing to do I think. Blogging is a therapeutic thing I agree, and provides a place for memories to stay. x

Congratulations on your milestone. Many blogs fall by the wayside long before.

Happy Birthday Blog! That's a great idea...to have your blog printed out. I wish I'd have done that! I enjoy reading your posts...and your comments...so I hope you continue for a long time to come!

A very happy blogoversary. With many more to come.