SOLID AS A BRICK OUTHOUSE

Although the campers are all gone for the summer, things have not been quiet at camp. A new bathroom is under construction on the south end of the property. 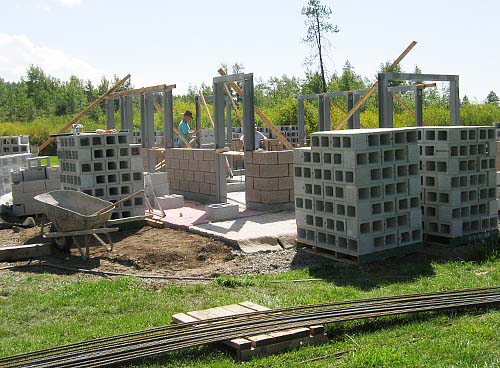 The building began to take shape with the installation of brick walls. 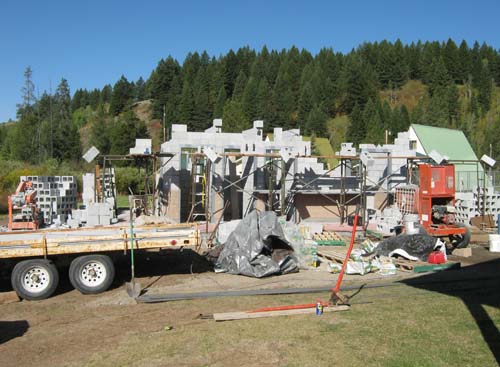 There has been a rush to get the job completed before winter weather hits. 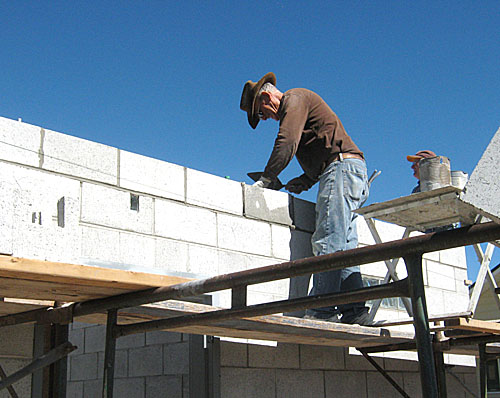 On September 21, Vern Johnson slid the last brick into place. 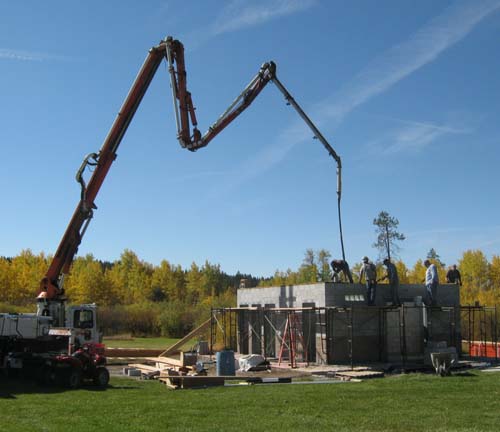 The next day a truck arrived with concrete grout to pour into the brick openings to reinforce the walls. 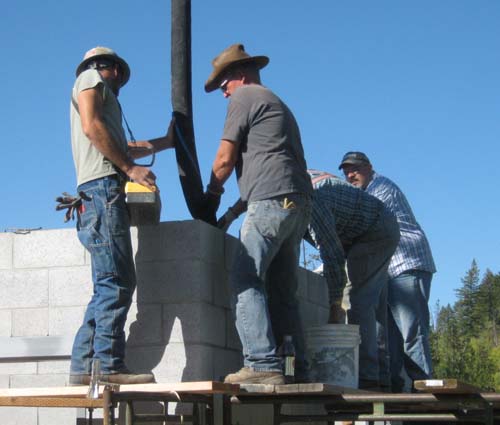 The guy managing the pouring was directing the grout flow with a remote and a joy stick. 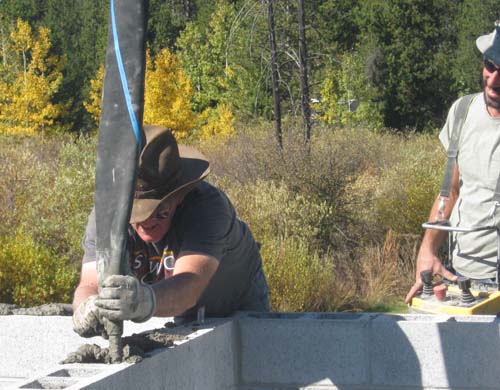 See, Mom, all those hours playing video games may be useful after all. 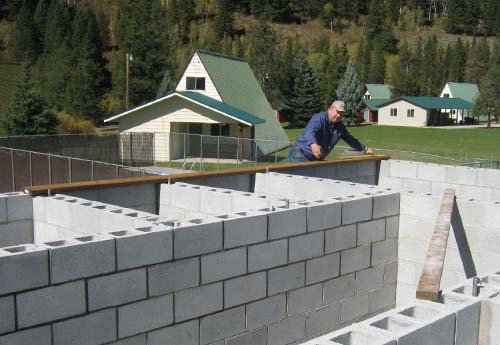 DH got involved in preparing the building for its roof. 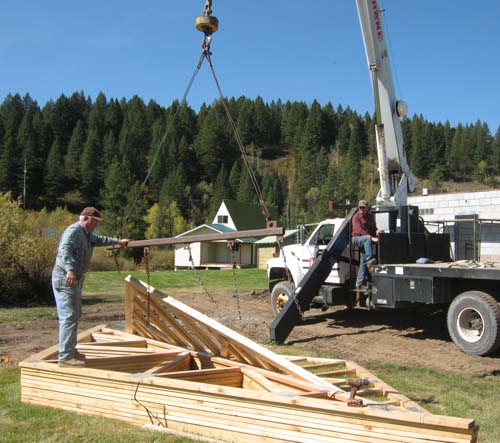 The next step was to raise the roof.  A crane arrived to lift the pre-fab trusses into place. 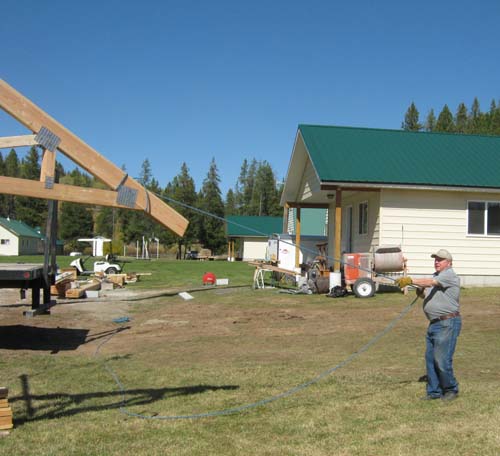 DH got the job of keeping the pieces steady as they went up. 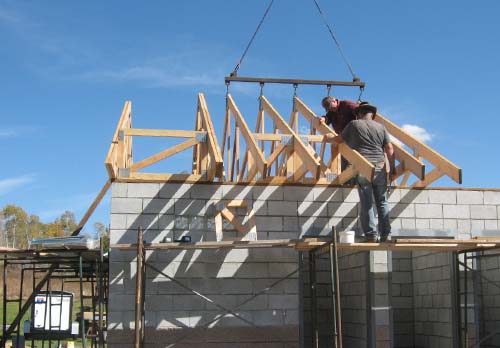 Up on the scaffolding were more workers ready to set the trusses into position. 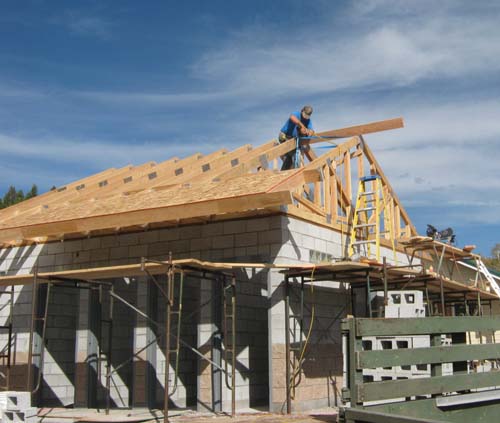 By September 23 the guys were finishing the framing of the roof. 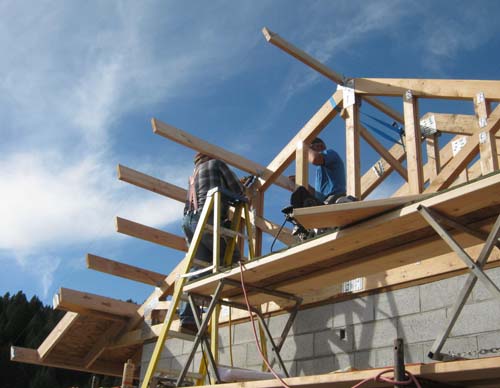 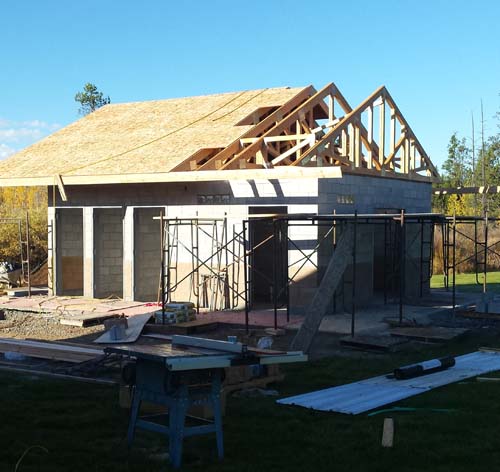 Plywood went down over the roof frame. 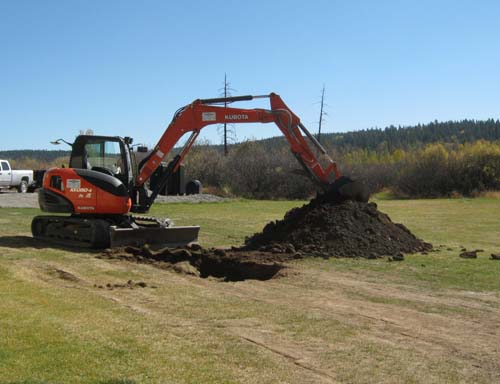 Meanwhile the backhoe operators were busy digging a hole nearby to hold the septic tanks. 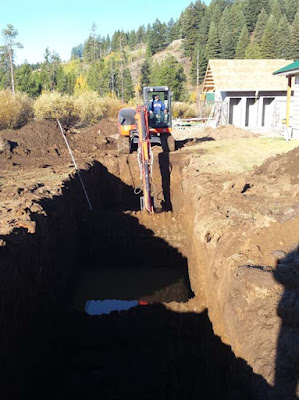 This was a BIG hole.  No one wanted to deal with a backed up sewer system in the middle of a summer camp full of hundreds of campers. 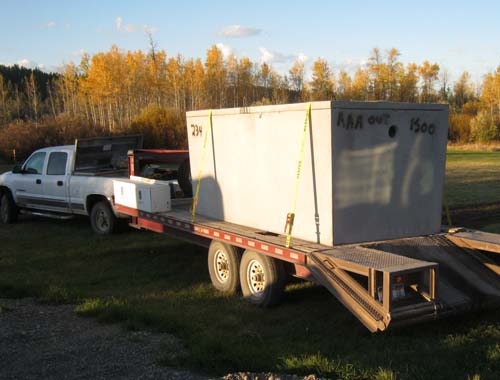 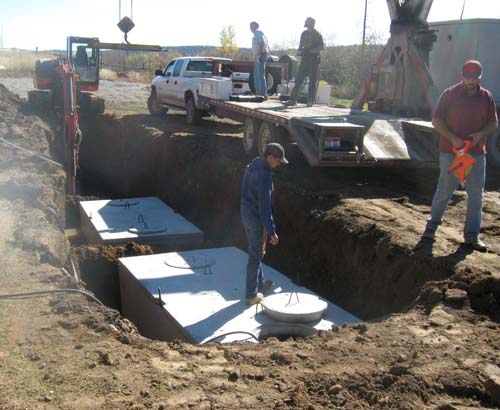 Three big tanks were set in to handle sewage. 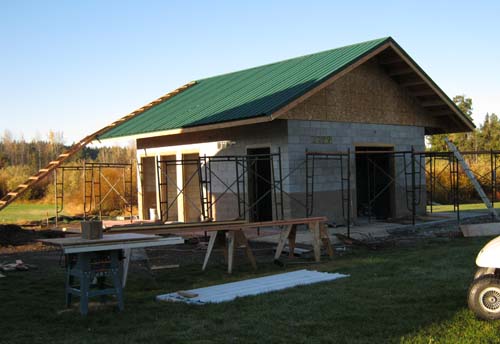 At the same time the construction workers were getting the metal roofing on so the project would be ready for the winter snows. 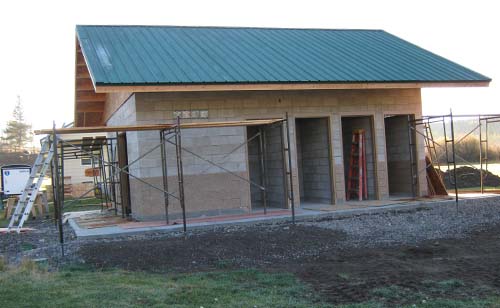 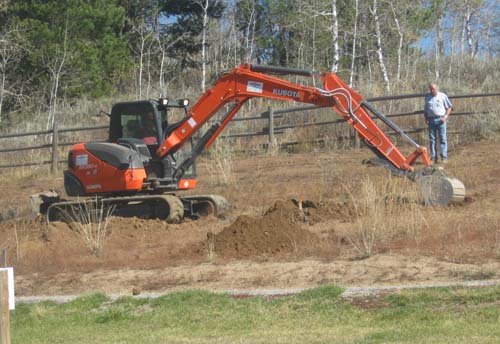 Then work started on the drain field on the hill above camp. 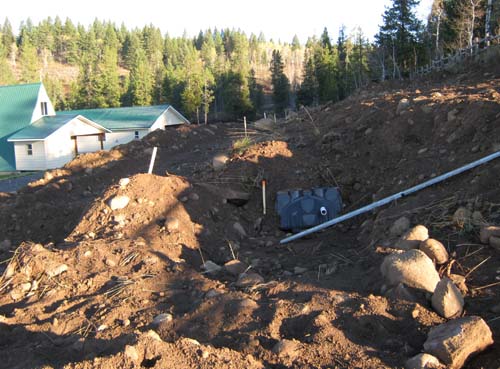 The plan was to pump the sludge up to a system of pipes where it would eventually filter down into the soil. 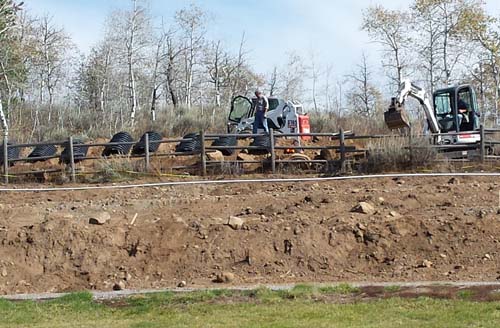 Huge pipes and small pipes went into the ground which were designed to invisibly and efficiently dispose of hundreds of flushes a day. 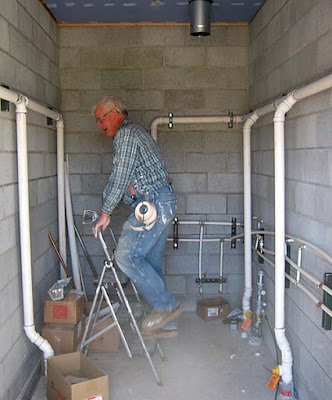 Back inside the new restroom, the plumbing and electrical system was going into place.

Now the sheet rock has been installed, the walls have been prepped and readied for paint, and the doors are painted and ready to be hung.
Posted by Leenie at 9:36 PM

Gosh! You are still up there. What a huge amount of work! BUT it is looking good!

Linda: We're not living at the camp anymore. But it's less than an hour's drive over highway except for the last five miles so there's been some going back and forth to help out with construction during the last two or three weeks.

Hi. Linda, so inspiring reading your blog.
Please do update when the camp is complete.
I would very much like to see it.