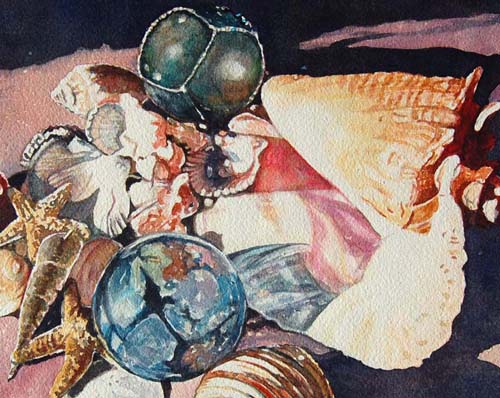 This is a detail of a watercolor I finished a couple of weeks ago.  I named it “Sunny Beach.”
Then I looked through my photos for another subject idea and settled on a waterfall.

In August of 2014 I took a road trip down the Oregon side of the Columbia River Gorge.  I made a special point of stopping at Multnomah Falls just east of Portland.

I arrived there during a thunderstorm.  I elbowed my way through the crowds of tourists to literally soak up the scenic surroundings and take a lot of photos. 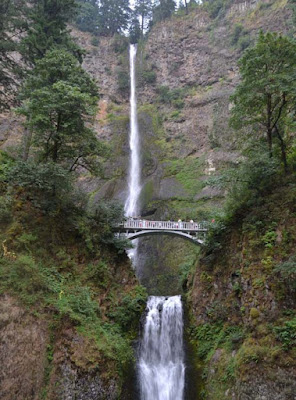 Multnomah is an impressive and marvelous waterfall which drops hundreds of feet off the edge of the canyon past the Benson Bridge, then down to a second tier and eventually flows into the Columbia River. 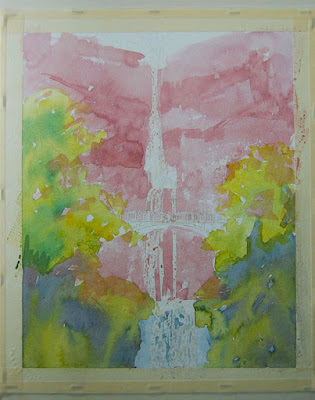 To keep my version of the site within the parameters of a standard frame I shortened the perspective of the falls a bit in my preliminary sketches. Then I transferred the basic idea to an 11x14 inch piece of watercolor paper and splashed on some colors after masking out the parts I wanted to stay white. 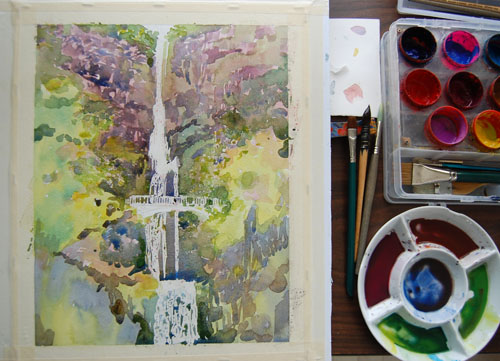 I indicated the layers of basaltic lava forming the steep walls of the Gorge, and put down some layers of green which would become the lush foliage of the area. 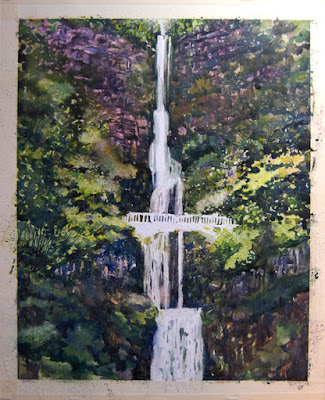 From there it was a matter of playing with the contrast of lights and darks.  When this dried I removed the masking and added more details. 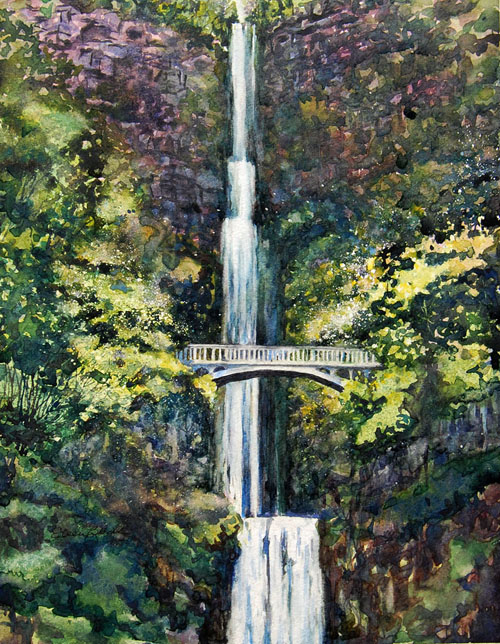 This is the final result.  It doesn’t show the sheer verticalness of the actual waterfall, but I did remove the crowds and added a bit of sunlight to improve the weather and the surroundings. 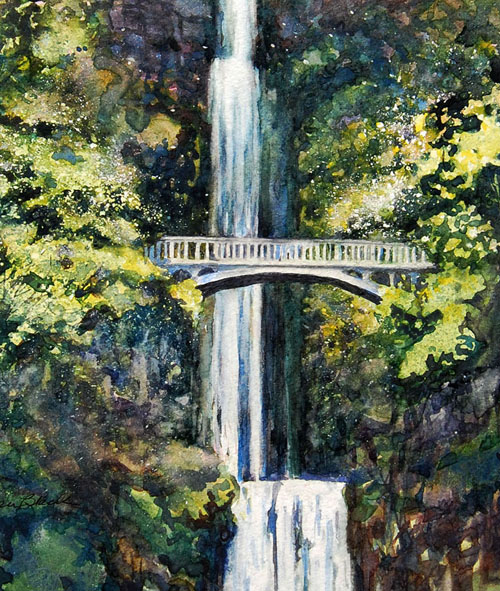 This work, the seashells, and many more of my watercolor paintings are available at my Etsy site: Watercolors by Leenie.

My blog post of the waterfalls I visited along the Columbia.
Posted by Leenie at 8:17 PM

The painting is nicer than the picture.

You had me at beach bauble, oh my! Then the fantastic better than real life waterfall!!! Fell off of my chair, I did. good thing I have an ample backside or may have been injured and of course- YOUR FAULT!! See what you did!!! Your paintings get better and better even when that is impossible!, or so I think every time you come up with a new one. Dang you're good!

Good job Leenie. Did you see any of the picture of those falls recently during all the flooding? Can't imagine them with such flow.

Florida Farm Girl: Thanks. Thanks also for the heads up on the video of flooding at Multnomah. Wow. Missed that. Here's the link for anyone else interested. https://www.youtube.com/watch?v=faw5THc6L9E

Your painting is SO much more serene than the video--I guess that was Mother Nature redecorating!!

Beautiful! I love looking at your work - and you breaking it down for us even makes it more magical! xoxo