Warmer days have melted our snow down to lower levels, but there is still plenty of the white stuff up north.  That’s where we went Saturday to watch the not-so-serious part of the Annual American Dog Derby. 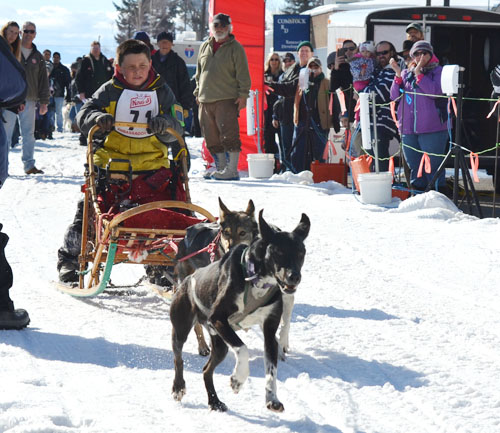 We arrived after the big dogs and their sleds had been down the 40-plus mile track and back.  Now it was time for some kid fun. 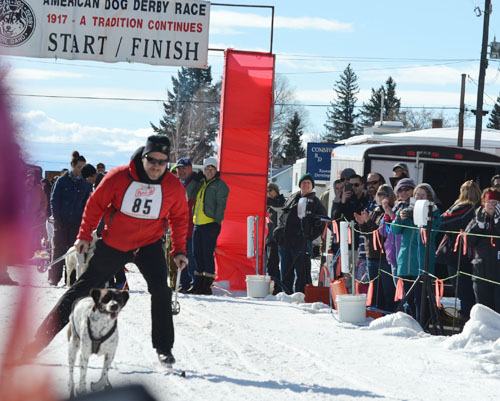 The Junior Race was followed by the Skjoring Potluck Race... 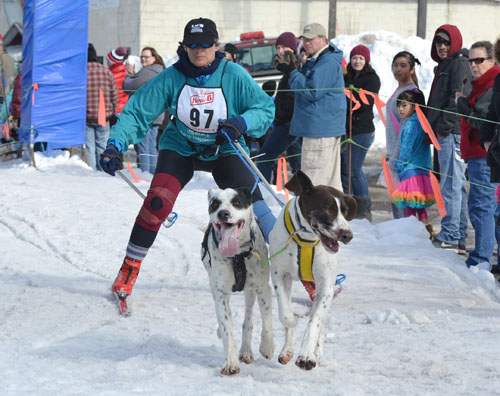 ...in which one to two dogs assist a cross country skier along a four mile track. 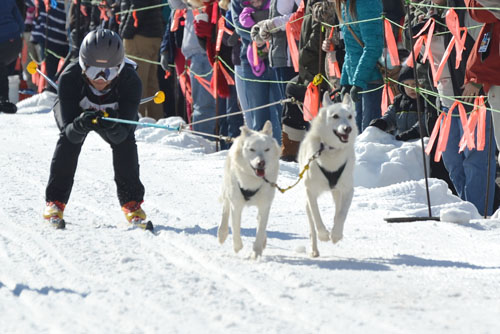 This team left with the most speed and control in my opinion. 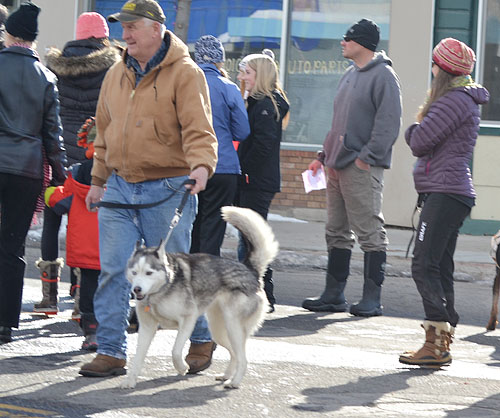 While the racers were out we did a little people and dog watching.  Almost everybody brought their dogs for the day. 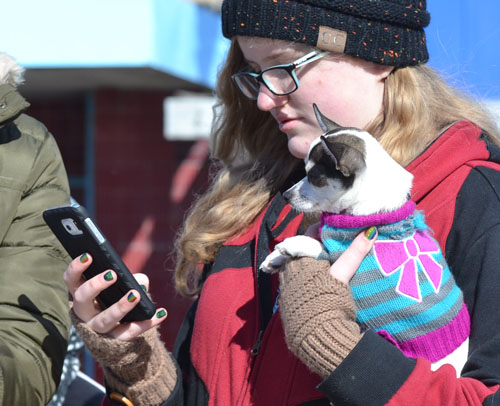 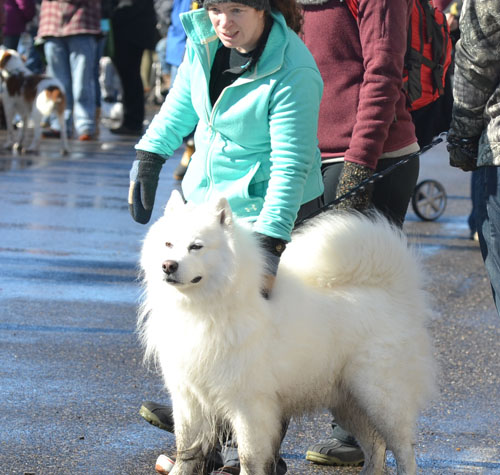 There were dogs of all sizes and breeds. Here comes back the fast team…still with plenty of hustle but those tongues are hanging out. 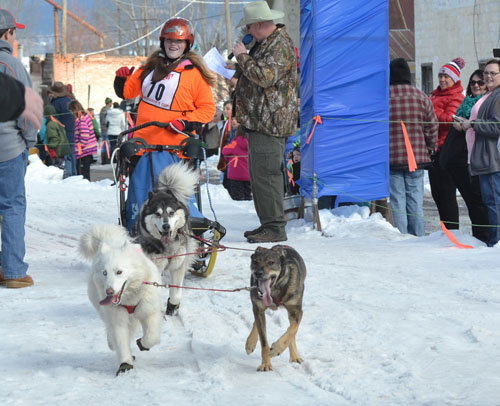 The return of another one of the Junior Mushers to plenty of applause and high fives.

After the sled races the crowd moved to Main Street for the next set of events. 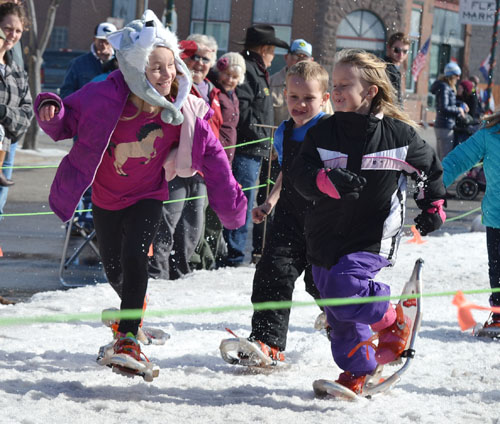 First were the Kid Snowshoe Races.  The racers were grouped by age and strapped into snowshoes and set off. 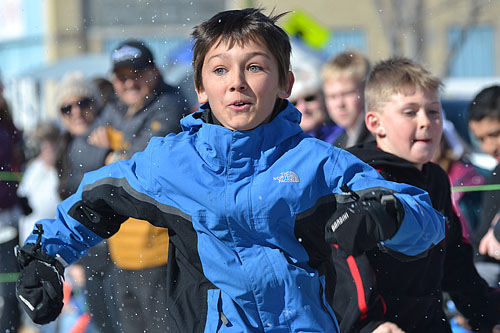 There was some very serious competition.

Next came the Mutt Race wherein dogs with no training were harnessed to a dog sled and encouraged to pull their friend down the track. 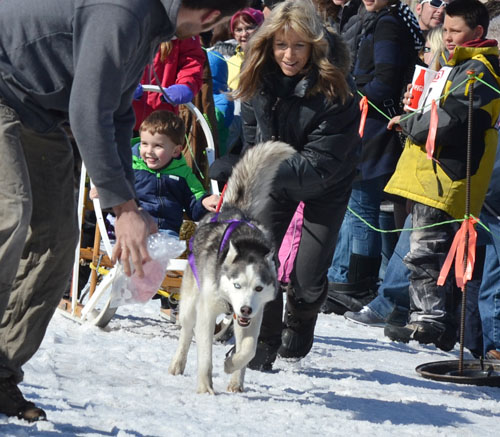 Some dogs did okay with a little encouragement. 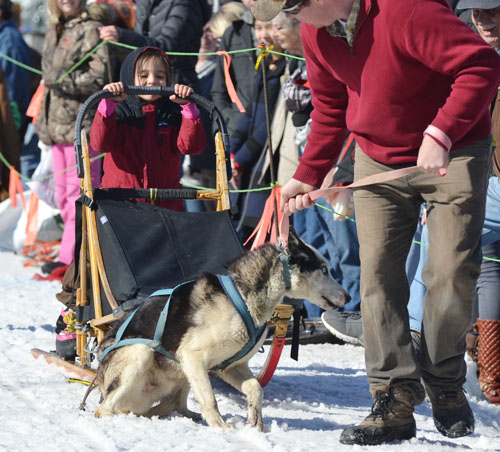 Others were having none of it. 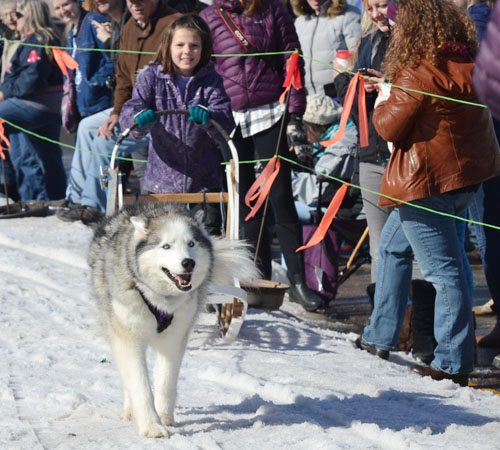 Then there were the dogs who were just happy to be there and expecting a treat at any moment.

Just for fun here is some action from the snowshoe races.

The last ones on snowshoes were the Mormon Missionaries. 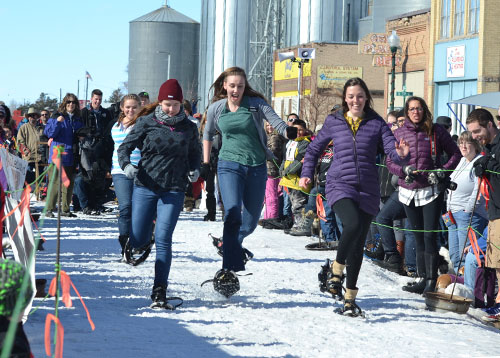 Then the Elders. They had been assisting all day with the events and deserved a moment to show off. 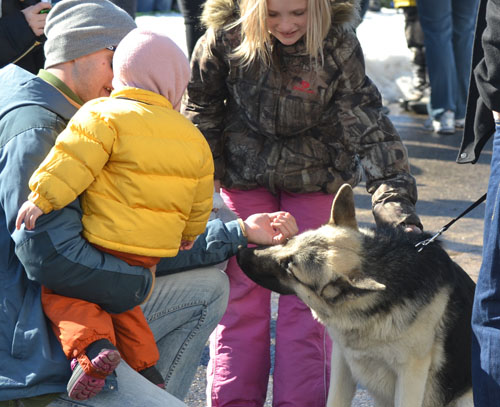 It was a great day to get out of the house and enjoy the sun and the end of a long winter. 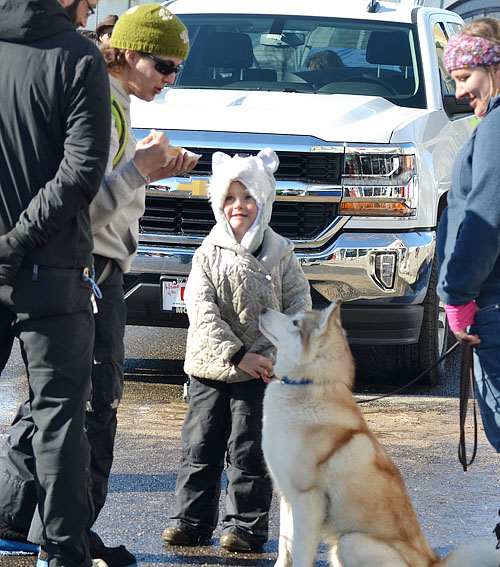 Lots of fun in the cold white stuff!!

Looks like a really fun day! I think I would fall a** over teakettle trying to run in those snowshoes.

And I assume the dogs got plenty of treats and hugs.

Looks like fun...unless a rabbit jumped out and everything went sideways.

I was hoping to see that little sweater-dog all harnessed up...

So nice ! So Wonderful!
I would like to join them.
Must be fun !!

That looks like a lot of fun! The dogs seem to be loving every minute of it...well most of them anyway!

This looks the most wonderful FUN!
gorgeous pictures!

What beautiful dogs! I would have loved being there!!!

Well, that is my mind completely blown - we don't have anything like that where I come from!!!