A big surprise made it worth looking for something to photograph this morning. 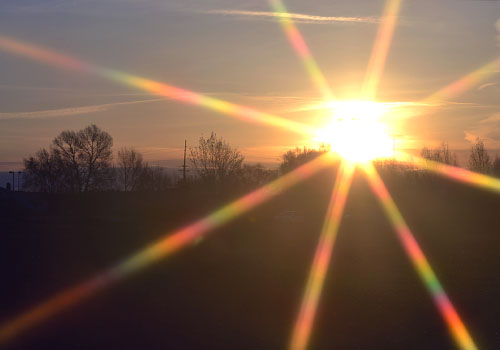 I put the star filter on my camera so I could catch rainbow flares off the rising sun. 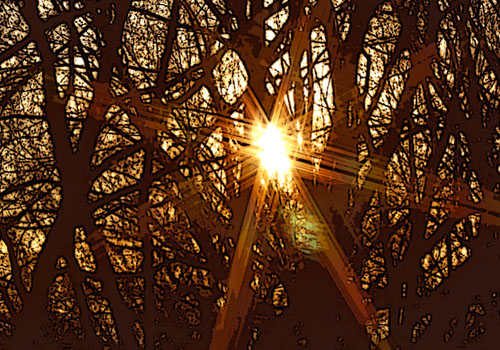 When I got it back home I added some artsy Photoshop effects to this one for fun.

While I was still taking pictures of the sunrise I saw an osprey fly over the pond. 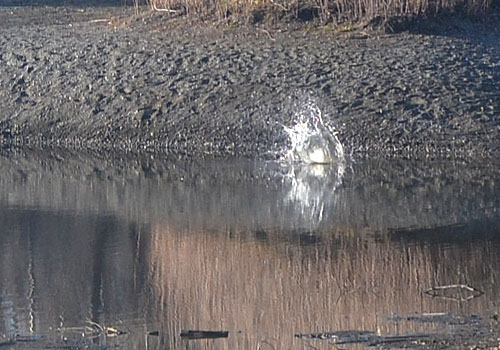 Almost before I could react it dove straight into the water. 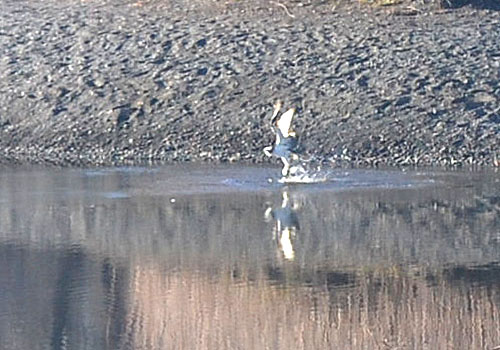 There was a moment of struggle and then it rose with a fish in its claws. 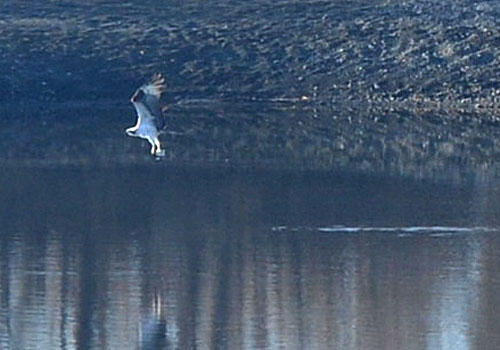 It happened so fast that I didn’t have the sense to zoom in to catch a more focused picture. 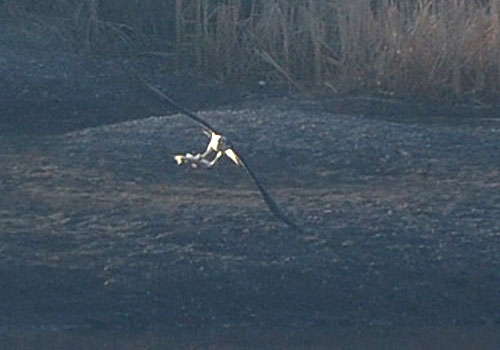 The big bird circled around catching the sunlight as it adjusted its prey for a better angle for flight. 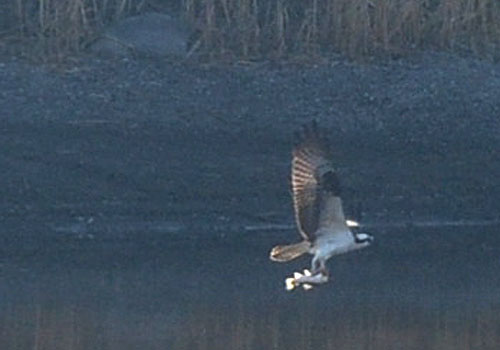 Before the poor fish could recover from the shock of being snatched from the water it was on its way to becoming breakfast.
Posted by Leenie at 8:27 PM

Great series of photos of the Osprey. I don't think I could do that with my smart phone.

You did great, Eileen!!

Oh wow...that first picture is GORGEOUS! And I would call the last series "the flying fish"!