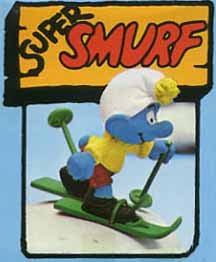 picture borrowed from google images
Where I work the jobs come in thick and fast in December and after Christmas orders drop off to almost nothing for month or so. Yesterday I finished everything on my desk. So when I called in today and was told there was nothing new I told them I would see them tomorrow. I grabbed my cross-country skis and headed for the hills. This time I was not carrying my camera so I thoroughly enjoyed careening down the track and sliding through the trees. I had waxed my skis for temperatures below freezing, but I could tell things were warmer than that because I was getting extra distance and speed on the downhills. I was going pretty fast for someone so awkward. My eyes were dry and the cold air was flapping my hair against my face. Most of the time, the rides down ended with a ride up, so if I could keep my skis in the set tracks I was okay. However, there is this fast slope with a curve that always gets me. And it did again today. I left the groomed trail and made a spectacular face-plant in the fluffy snow. The powder was so deep I would have lost my poles if they had not been strapped on. No harm was done and there was no one there to laugh at me so I dusted myself off and continued on. I was on the return trip when I hit another down slope with a curve. I lost my footing and was heading for the soft snow when I saw the TREE. Somehow I threw myself back to the hard track, and, in a split second, did a warrior two, transitioned to a warrior one, became airborne for a moment and ended up in a wide-angle forward bend sliding down the track on my rear. When I finally came to a stop I looked back at the tree, took a deep cleansing breath, put my hands in prayer position and said thank-you for all those hours of yoga. <:D Namaste.
Posted by Leenie at 6:29 PM

You really are one tough cookie. Be careful with that little body, you have to get one year older in a few days.:) Love and miss you!

dear gawd girl! Don't do that again- trees are so passive aggressive..(Kennedy- Sonny)I am extrememly fond of you and your blog- I am grateful that your body took good care of you. You are so...Wyoming!!
Cheers! Be safe- broken things are no fun...
When is your BD?

How very scary! enviable though, to take off through the trees.

Linda Sue--Am in Idaho. Do not claim Wyoming. Love the Tetons...both sides. Don't think much of Muddy Gap(more nothing than I have ever seen anywhere). The towns along I-80 could use some help.

Must be pure gorgeous where you live. That shot over to the right through the trees is stunning. And so too is your maneuvering. I'm afraid I'd have hugged a few trees deeply along the way.

Happy Birthday!! Hope your wish comes true, Almost all our snow has melted here, we just have gray piles of it along the streets, the kids want to go sledding again but we will need another big storm before that happens. Eat lots of cake for us!!! Love you!