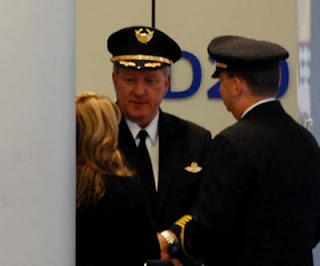 “Flying a plane is no different from riding a bicycle;
it’s just a lot harder to put baseball cards in the spokes.” 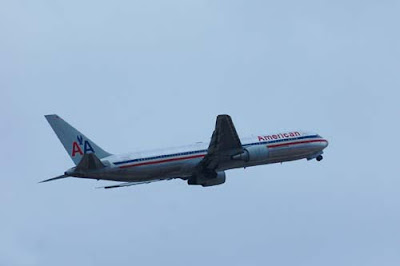 “What kind of plane is it, Johnny?”
“Oh it’s a big, pretty white plane with red stripes, curtains in the windows and wheels.  It looks like a big Tylenol.” 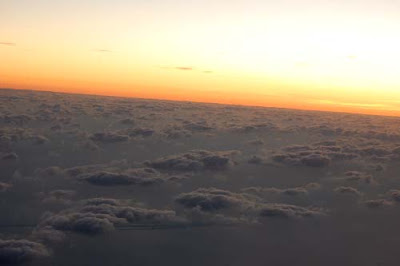 In the unlikely event of a water landing… (Water landing??? Any fool can see this airplane can’t land in the water!)…the seat cushion can be used as a floatation device. (This seat cushion is so thin it couldn’t float a .) If there is a loss of cabin pressure an oxygen mask will drop in front of you.  Place the mask over your face and breathe normally. (Sure we’ll be shooting toward the earth at five hundred miles per hour and I’m supposed to breathe normally.) 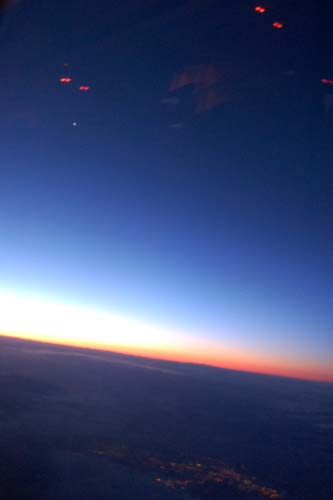 Ladies and gentlemen, this is your flight attendant speaking.  We regret any inconvenience the sudden cabin movement might have caused.  This is due to periodic air pockets we encountered.  There’s no reason to be alarmed and we hope you enjoy the rest of your flight.  By the way, is there anyone on board who knows how to fly a plane? 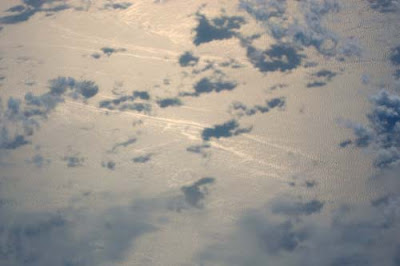 Do you know what it’s like to fall in the mud and get kicked…in the head…with an iron boot?  Of course you don’t, no one does, it never happens.  Sorry Ted, that’s a dumb question…skip that. 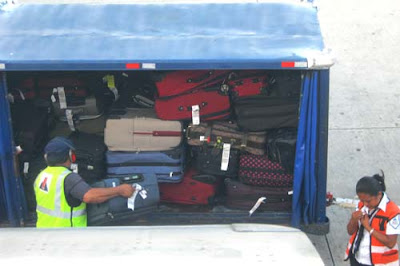 “Airplane management, the FAA and the airlines.
They’re all cheats and liars.  All right, let’s get out of here.”
“I think I broke a nail.”
THE RETURN--- 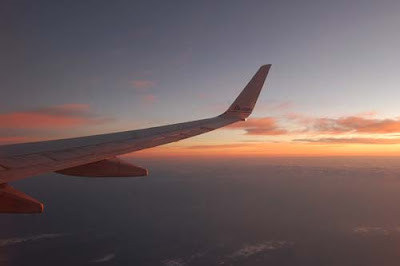 “They bought their tickets.
They knew what they were getting into.  I say let ‘em crash.” 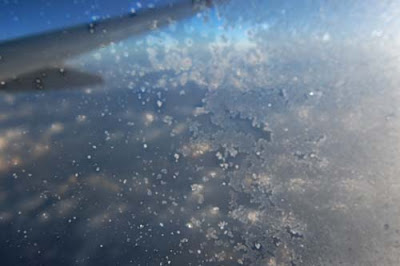 Bad news.  The Fog’s getting thicker. 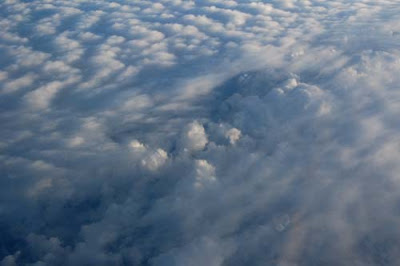 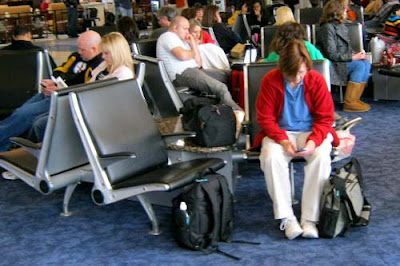 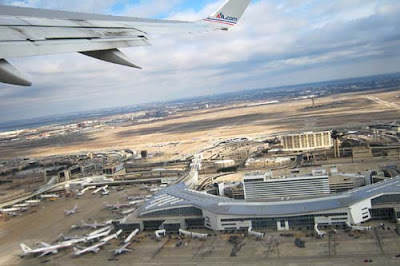 Great captions. On my last flight, the captain kept making announcements that no one could understand. We had to wonder if the same guys who maintain the speaker system also maintain the aircraft mechanics...

Bwahahaha! I love the quotes! Airplane was such a funny movie. But not appropriate for kids (found out the hard way, decades after I saw it, when I let the kids watch it). Good for you escaping the snow!

Flea: I only saw Airplane in the edited t.v. version. Good to know it's not kid appropriate.

Erik teethed on "Rocky Horror Picture Show" -"Airplane" for desert-he was two...maybe that's why his face is frozen...too late now.
So you had to leave DH behind in enchalada- price too high but I would think he'd love ice fishing in Mexico where it is warmer...

Hooray, you got out before the storm hit!! Texans do not know how to do snow and ice. They close DFW all the time because of it.
My hubby is flying out today--through DFW, but says the airport is open.