In June of 1999 DH went with a group of university professors
on a trip to learn about ancient cultures of and .
Spouses were invited along.  I didn’t have to be asked twice. 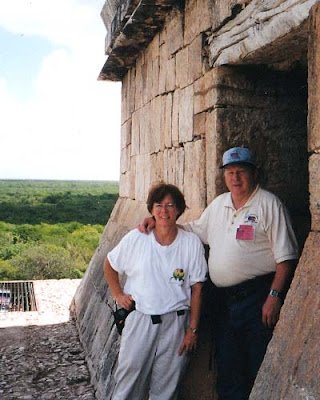 We spent two weeks visiting some amazing places and toured the ruins
of Teotihuacán, and Chichen Itzà.
Before we returned we spent two days and a night
in a little village on the . 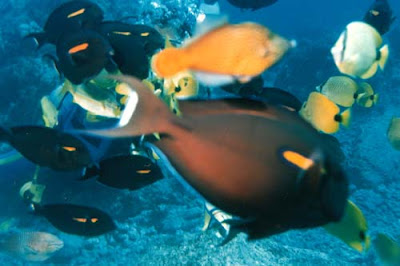 DH and I brought along our snorkel gear and were enchanted
by the beauty of the life in the coral reefs
just yards from our bungalow on the beach. 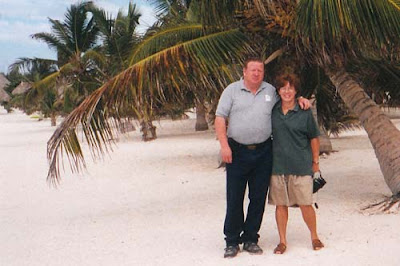 We vowed some day to return.
For a long time we could only watch that turquoise sea
on the Akumal beach webcam.
http://www.locogringo.com/Upload/akumal-beach-cam.html
Finally, after twelve years, the pieces of our plans came together.
The morning after we arrived we found the web cam
on a restaurant by the sea.  We texted our daughters in
and and told them to check us out on their computers. 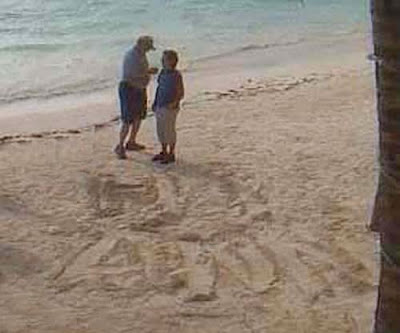 I wrote, “HI ANN” in the sand
and we received excited text back that they could see us.
A friendly couple came by with the same kind of idea.
She was from the and he was originally from . 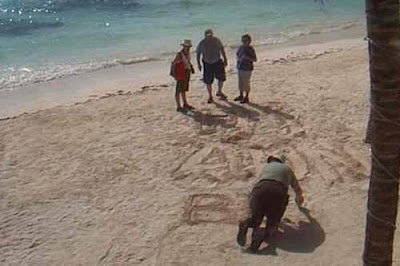 While we visited with the wife he grabbed a piece of coral from the sand
and proceeded to write, “” for his friends to see back in . 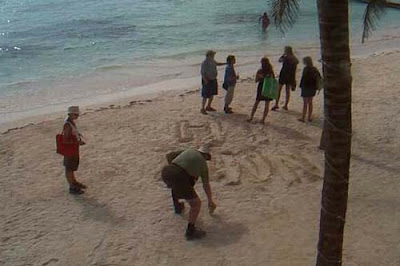 As a result the screen shots our daughter saved on her computer
have the rear end of this geezer wearing a  floppy hat
and long black socks—one up to the knee and one down. 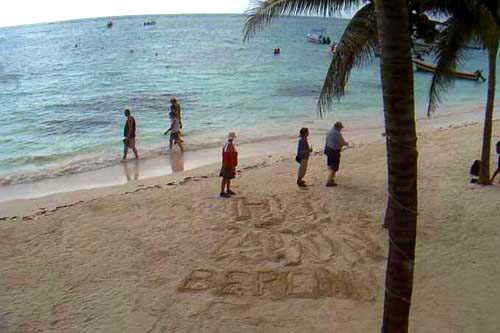 Lovely! So glad you were able to visit your paradise -- we have a few beautiful spots that we return to now and then as well (and dream of them while we're stuck in MN.)

As for flying, I've often said I have no fear of flying. It's fear of NOT flying. As long as we can keep the thing in the air, we're okay . . .

Looks like a bunch of tourists alright! White folks with funny hats and shoes...in the sand? Quick thinking about the message for web cam- very cool!

lol! I've just had a flashback to an uncle who used to wear knee socks and shorts - not pretty!

I'm glad you got to go back to such a lovely place, Leenie!

How wonderful - there's a webcam in Hawick - but somehow it doesn't have the same appeal as yours!!

Enjoyed this and the previous posts. You're having so much fun! Must have bought a big smile to your daughter's face too!

It definitely looks like paradise there. What a lovely place.

Leenie, just caught up on your posts- I have been absent myself, but it was a mental state rather than a holida! Really enjoyed catching up with you. Loved your snow description and your vacation tales, welcome home from paradise.