The five days of boat ride surpassed even our high expectations, so it was with many regrets that we said farewell to Christine and Jeffrey and the David B.  We found a fine dinner and a soft bed waiting for us at the home of my blog friend, Linda Sue.  She and her husband provided meals, accommodations and entertaining conversation for us; both before and after our excursion through the .

The plan for the second part of our time away was a drive down the coast of and on the . 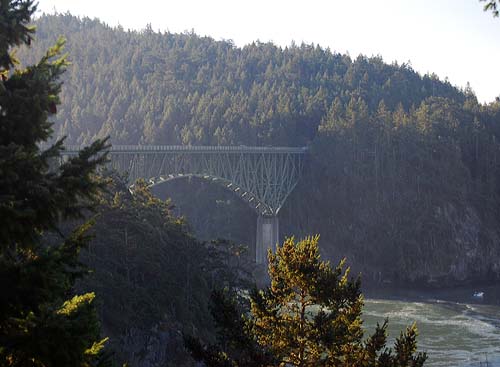 Our route took us down Washington Highway 20 and across Deception Pass Bridge which connects Whidbey Island to . 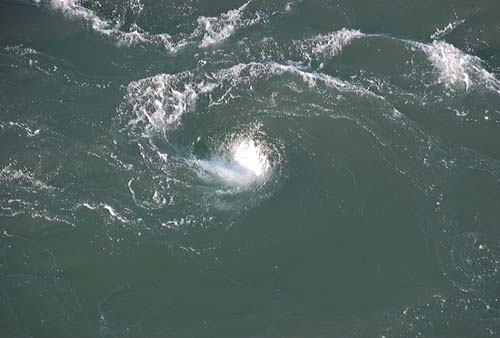 It goes over a deep and narrow channel made extremely turbulent by the changing tide.  The bridge, completed in 1935, is a two-lane span; 180 feet (depending on the tide) above the water. 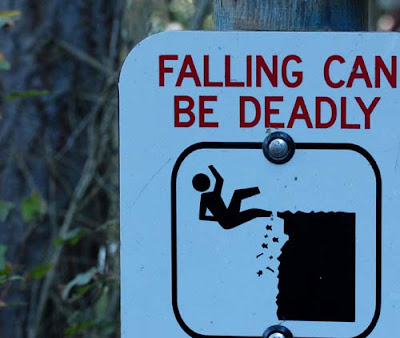 People who are foolish enough to walk across have a passageway provided with a heavy steel barrier to protect them from the traffic.  DH and I are that kind of fool. 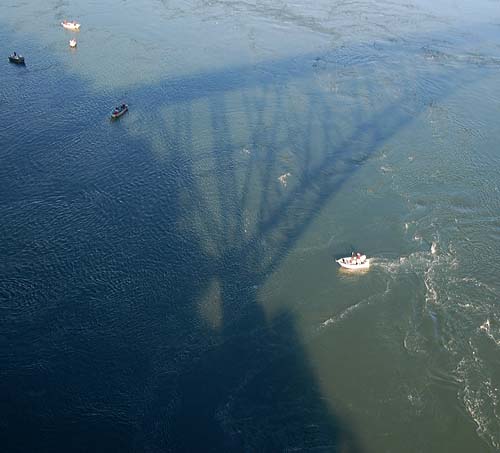 The bridge cast a long shadow across the water in the early morning sun.  As we braced ourselves against gusts of air and exhaust from passing trucks… 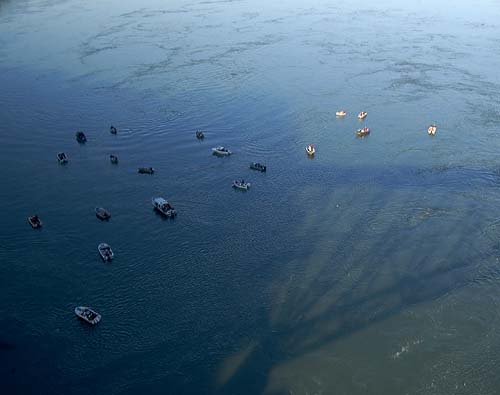 …we noticed a gathering of small boats in the channel below.  We looked close and saw they were fishing a salmon run.  While we watched, DH noticed some action in the boat you see on the lower left with the blue stripe.  I zoomed in with my camera lens. 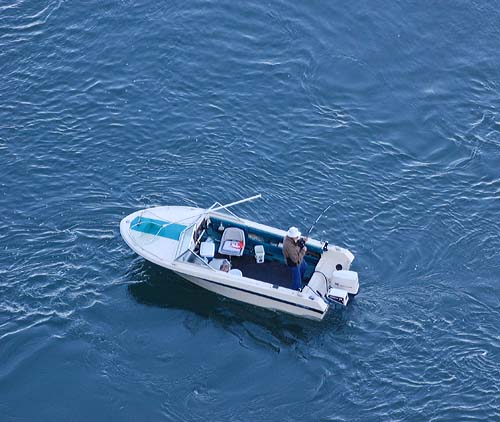 The fisherman had hooked something that appeared to be pretty big and was reeling it in. 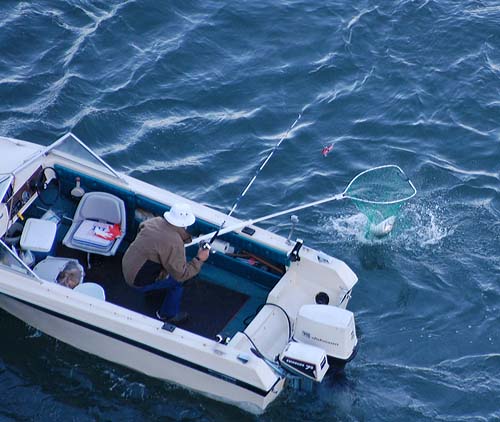 He brought up a huge fish, then fumbled around and got his net under it. With one hand he landed his catch. 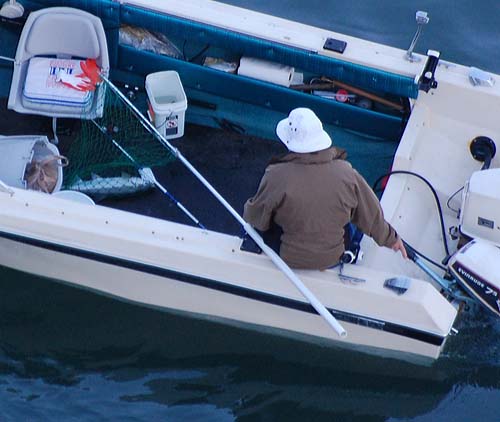 When it was safely captured and brought into submission,
the guy sat down to move his boat out of its drift into the dangerous current. 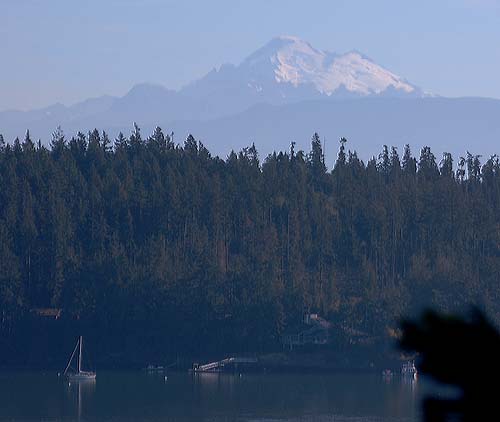 We spent a little more time enjoying the beautiful view of Puget Sound
with Mount Baker as the backdrop and then continued on our way to the Pacific Ocean.

Wow fantastic shots. That bridge kind of scared me:) but I am glad you did it for the pics of fishermen catching fish. Cool. B

beautiful!! the boats look like little toys...from WAY UP HIGH ON THE BRIDGE. yikes! dizzying!! really cool shots...from IN the clouds! =)

Holy cow, Leenie--you're killing me! Just beautiful! I am now certain I will be headed back out that way for my 25th anniversary whether Eric comes or not. :)

Excellent timing! Grateful for the zoomer and Leenie ,who gets the best shots!Most folks just fly over that area thinking " hope that Mr. Baker does not blow about now...", It is a scary drop- and the turbulence is terrifying if your boat gets caught up in it, as you know. I forget how stunning it is up here. Thanks for the great photos.

LOVE THIS POST! You give the whole view---height, depth and a cool catch of the day!

Thanks for taking us along on your trip...the Pacific Northwest is just beautiful. I'm hoping you have some shots of the Pacific too...did you get to see Haystack Rock in Cannon Beach Oregon? Wouldn't it be neat if you would somehow be able to show that fisherman the pictures of him landing his catch?!

Hi, Alecia. Yes, I do wish I knew who the fisherman was. I'll bet he'd like to show off the pictures...unless he told his boss he was sick and had to stay home in bed that day. ;0D

Turbulant currents and heights - not two of my most favourite things, but you make it look adventurous Leenie, and lots of fun. Loved the fisherman shots. The Pacific Northwest looks beautiful.

How cool getting to see your blog-buddy! You fool! LOL. Splendid!