A TIME TO PLANT AND A TIME TO HARVEST

When we started traveling back and forth from home to camp in April, 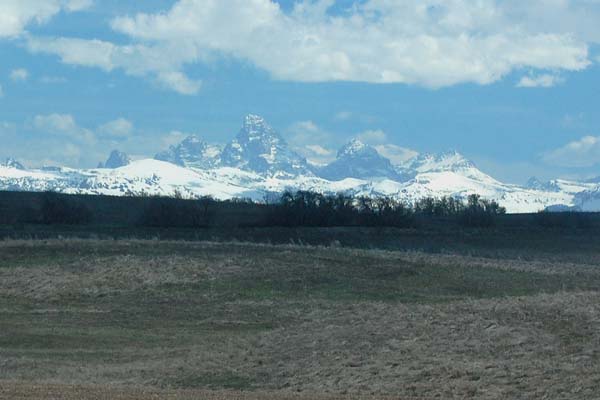 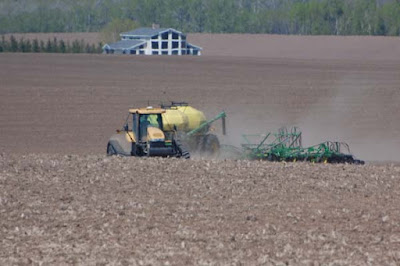 But the farmers, the ones who put food on our tables, quickly went to work to get seed in their ground with an eye for a big crop return in the fall. 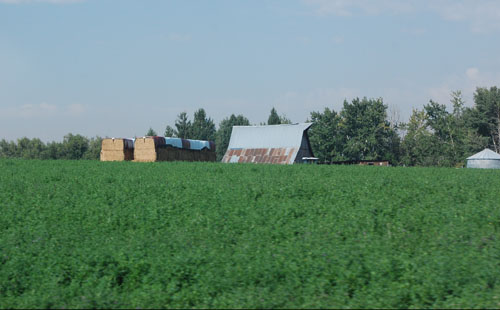 A week ago the field by this farm looked like this. 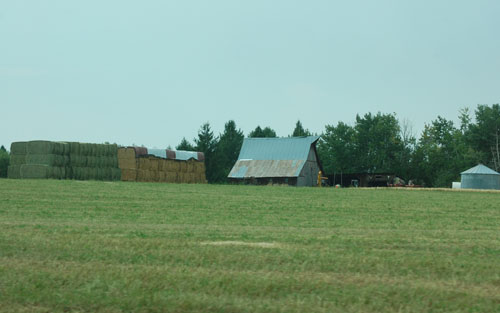 Now the hay field looks like the head of a new Marine and there’s another stack of bales next to the barn. 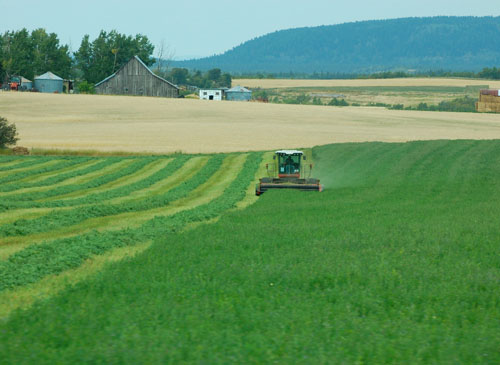 Here’s another hay field getting a haircut.  Note the grain field in the background ready to be threshed.  Sometimes in farming, like so many things in life, everything all seems to need attention at the same time. 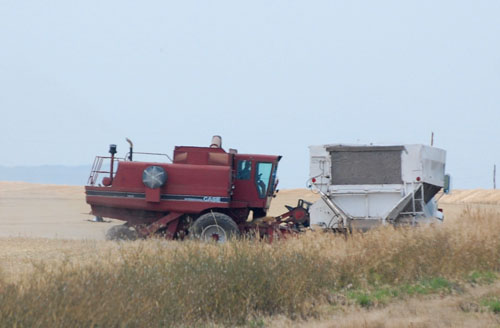 Not far down the road we saw a big red combine just finishing a trip around a wheat field.  It was heading for the waiting truck. 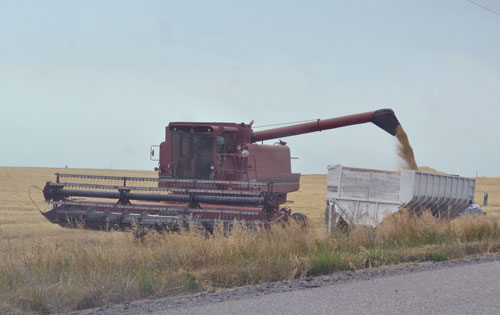 Another load of grain to be hauled off to the silo. 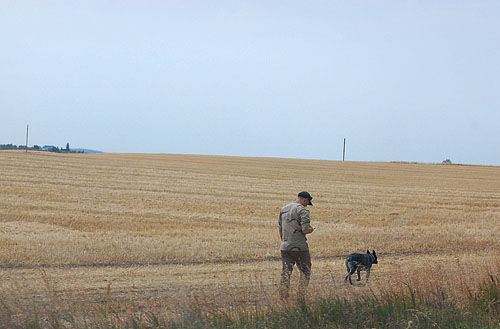 Nearby was a farmer and his dog.  Cell phones make life a little easier, but I still bet the cook has to often keep dinner in the oven until there’s a break in the work or until it’s just too late to continue. 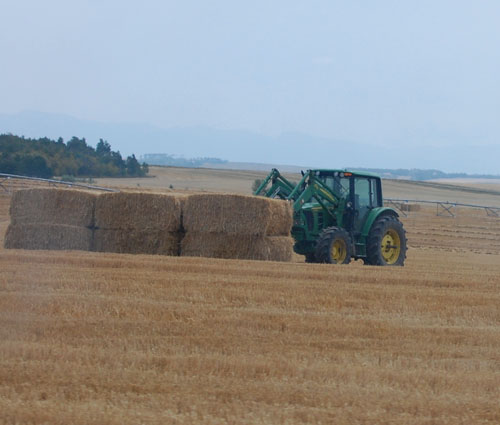 When the grain is gone the stubble is baled up into straw. 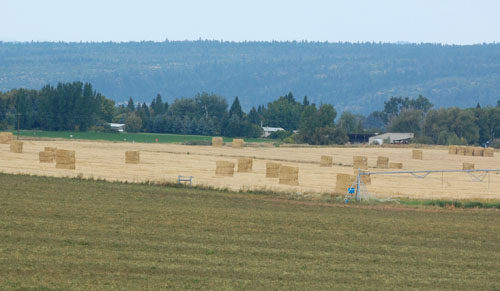 More big bales of straw. Straw is used for livestock bedding and fodder.  It’s also good mulch for gardens.  Around here the big bales are sometimes used to make a straw maze.  People come to lose themselves in the labyrinth of paths and tunnels which are often haunted by spooky characters.

Just in front of the field of straw you can see a potato field which has been stripped of its vines. 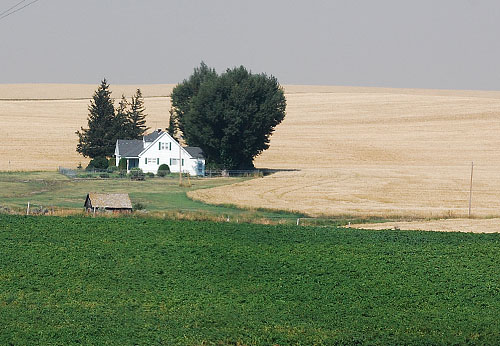 Not long ago the spud fields were covered with lush green plants. 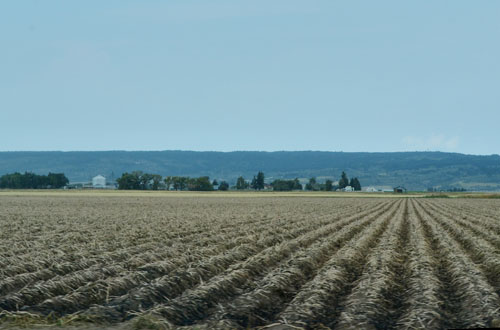 Now they’re being treated and cleared.  Next step is digging those Idaho potatoes.  There’s a LOT of work to be done if the guys are going to get some free time to go hunting in a few weeks.
Posted by Leenie at 5:00 AM

Your posts are ALWAYS interesting!!

You've captured great pics, and described it well! Yes, often times it all happens at once! I'd love to see how they harvest those potatoes! I can imagine what it might look like, from when my parents had a loooonnnngggg row of potatoes at home in our garden, but have never seen how they do the large fields. I just love seeing how the fields change over time. Right now looking out my window I can finally see the road again over the corn stubble. A nice change from being blocked in by tall corn. Now that I've written a book, I'm gonna go take a nap before milking time! :)

Yep! That time of year. I enjoyed your start to harvest photos!

It first came to my attention as a girl reading Little House on the Prairie books that crops can fail. I think I'm too much of a worry-wart to be a real farmer. :) I LOVE your photos. The prairies call to me, even if I'm not brave enough to work the land.

I never thought about the vines of potatoes in huge fields like that. It wasn't an issue in a home garden but could be a problem in fields. Interesting. I love seeing all the farm fields anyhow.

Well, as Alabama (the band, not the state) says, "Hello (Idaho potato) field farmer, Let me thank you for your time. You work a forty hour week for a livin', Just to send it on down the line."

Excellent photo-chronicle of a process I've watched in bits all my life --and participated in when I was a teenager. My compliments and appreciation.