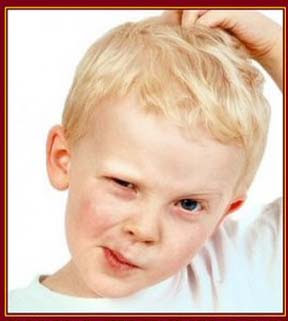 After I complained about poetry analysis; my brother, Brian, pointed out that, “The nice thing about being the reader is I get to choose what I think it means.” This is very true; and the correct answer to, “What does it mean?” when applied to paintings, music, dance, literature, even scripture, may be---“What do you want it to mean?’ This even changes depending on your current circumstances.

You find this out, especially when you think you are teaching children. Words can be confusing. You discover years later that your children really think they were born in a barn. They learn how to toss cooked liver behind the sofa when you say, “You’ll sit there until your plate is clean.” They learn religion when you tell them, “You’d better pray that comes out of the carpet.” In fact they learn no matter how bad the injury to NEVER BLEED ON THE CARPET. And, “If you’re going to kill each other, do it outside. I just finished cleaning.” Or, “When the lawn mower cuts off your toes, don’t come running to me.” You tell them they need to wear clean underwear in case they are in an accident until they find out, if you are in a bad accident it usually does not matter if your underwear was clean before it happened. You try to teach them logic, “If you fall out of that swing and break your neck, you’re not going to the store with me.” Or, how about, “Will you look at that dirt on your neck!” But my favorite is, “One day you’ll have kids and I hope they turn out just like you.”  Then one day your adult children complain that they hear their parents’ words coming out of their own mouths. But it's all subject to interpretation.
Posted by Leenie at 2:50 PM 1 comments 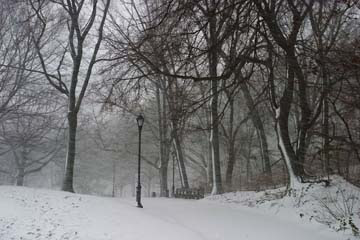 Six weeks ago a predawn walk in the park involved a crowded path and near misses with youthful runners; usually co-eds intent on preventing the packing on of the freshman fifteen. This morning, with a frosting of snow covering the grass and trees, I was really alone. Not even the thundering herd of ROTC cadets was there to crowd me off the trail (wannies). The only hazards were the homes on the way where the sprinklers had not been turned off for the winter. There the grass and the sidewalks had become a skating rink. I had to decide whether to chance becoming a hockey puck by staying on the sidewalk or a crash test dummy by walking in the street. There was a slight breeze, but it brought the comforting smell of breakfast cooking from the campus cafeteria and fresh donuts from the bakery. By the time I crossed Main Street the sky was brighter behind the eastern mountains, but even the sun has started to go south with the ducks.
By the way, I think our mailman has a flag phobia. Every time the scouts put up U.S. flags in all the yards, he won't deliver the mail!?!
Posted by Leenie at 7:26 PM 1 comments