There’s been street construction on one of the blocks of my walk down Main Street to work. The other day a crew of guys wearing orange safety vests were spreading gravel around with their shovels in preparation for a new layer of asphalt. All of them had on bright yellow hard hats. One big fellow was working away, stopping occasionally to shade his eyes in the glare of the morning sun. He had his hard hat on backwards. Coolness has its price. It made me smile. It also reminded me of the late afternoon when DH and I were in our car waiting for our turn to board the ferry which would take us from Victoria, British Columbia on Canada’s Vancouver Island across the Strait of Juan De Fuca to Port Angeles, Washington. As the cars began driving up the ramp, a young man stepped onto the dock to direct traffic. He was facing directly into the setting sun. He held up his hand to shade his eyes. His baseball cap was on backwards. DH and I both smiled. 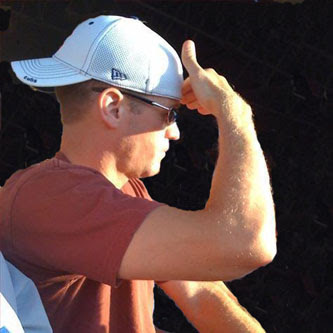 We'd been sitting in our car in the hot sun for over an hour so we may have been a little dizzy. Arriving too late for the afternoon crossing, we left our car to hold a place in line on the pier and wandered around the waterfront and the surrounding neighborhood for a while. There was a lot to see, but we had been on the road for over a week and were burned out. Finally we went back to the car to wait. We rolled down the windows and settled in. DH was napping and I had tilted my seat back, put on a baseball hat (frontwards) to cover my scraggly hair, and sunglasses to shield my eyes as the sun edged down the sky. I had my feet up on the dash and was reading a pretty good book when a big immigration officer wearing mirrored glasses, (looking more than a little like Cool Hand Luke’s chain gang boss) shoved his face in my window and demanded to see my passport.

I dropped my feet off the dash, tossed my book and began searching through my bag. DH jumped out of the car and grabbed for his suitcase in the back seat. “What is he doing?” barked the officer. “Uh, just getting his passport,” I answered. I handed over my passport. He scanned it with those glinty mirrors and then focused on my face. “Take off your glasses.” Before I could stop myself I said, “Yes Boss!” He looked back and forth between me and my passport. “Please remove your hat.” Then, “What is your birthday?” Knowing full well it was printed on my eight year old passport I quickly told him in what I hoped was a friendly way. “You look too young for this passport,” he growled. I told him he could see my driver’s license. It had an uglier picture. He grunted, gave me back my little blue book and asked DH to hand over his. Finding no problems there he moved on to the next car. I smiled to myself and thought,“Thanks, Boss, you made my day.” 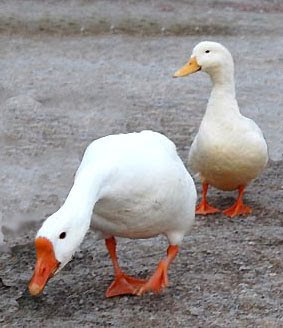 Here is the fifth installment of the list of valuable information that I started in November 2008.
* If you decide to spray mosquito repellent on your face, be sure to close your eyes tight AND take off your glasses * Don’t run in a graveyard * You always burn your mouth when your drink hot chocolate through a straw * The soap in public bathrooms smells awful so you will scrub your hands clean to get rid of the stink * The purpose of the little toe is to find furniture in the dark * A rainy night far from home is a bad time to discover you car needs new wiper blades * An ounce of pretension is worth a pound of manure * Always look in the oven before you turn it on—especially if you have children living with you * When people are free to do as they please they usually imitate each other * Only pour for a child the amount of beverage you are willing to clean up * Never tell someone their diet is not working * Take contractors’ promises with a grain of salt, and don’t argue with them when they are holding a nail gun * Put your worst task at the top of your list. That way you will get a lot of other things done while you are avoiding the unpleasant job.
Posted by Leenie at 8:01 AM 11 comments

A year ago I tried to take a photograph that ended up with me talking to a policeman. I made another attempt a few days later, but conditions were not right. I finally cobbled two photos together using Photoshop. This morning the weather was different and I was more careful. I waited in the tall grass. 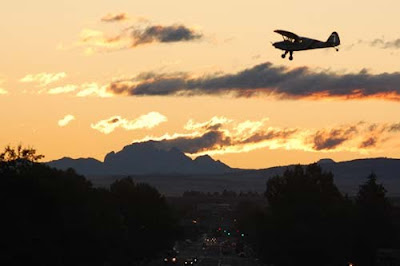 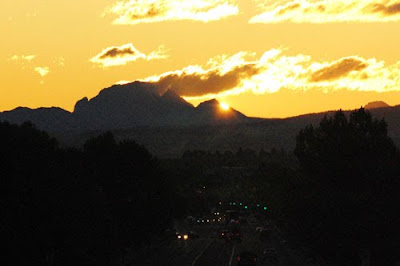 with a view of a sunrise on the autumnal equinox over The Grand Tetons at the end of Main Street. 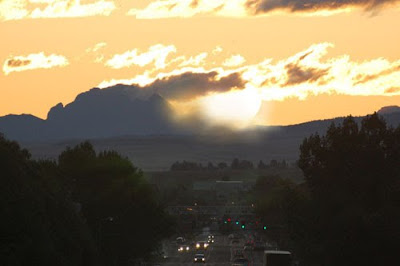 And I didn’t have to talk to my friend the policeman. Okay, I know I’m weird.
Posted by Leenie at 7:25 AM 6 comments