Once again some of the family wackies participated in the Race to Feed the Hungry Fun Run on Thanksgiving Day. 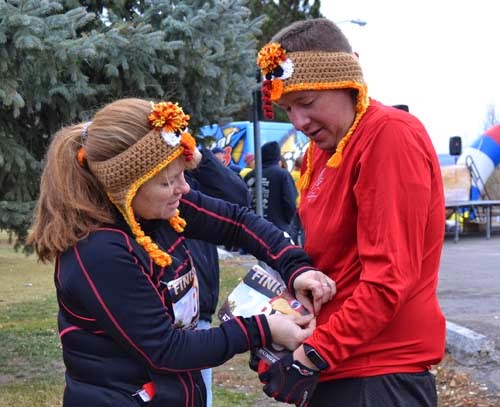 They paid their money and pinned on their
numbers for the 10k, 5k and one mile run, walk, or get there however, challenge. 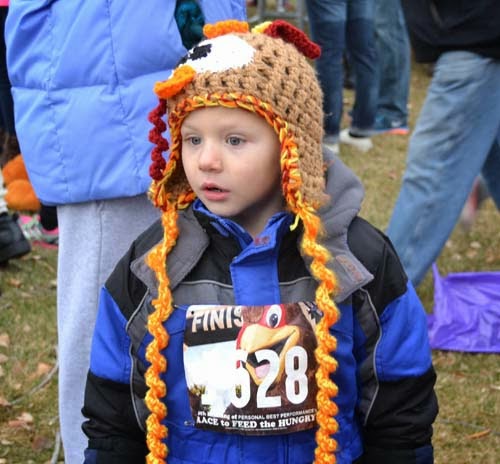 Some of them wondered what they’d been talked into. 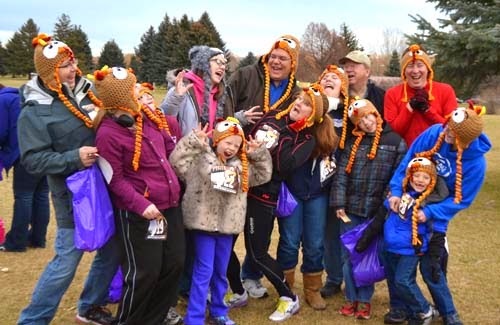 They all seemed excited to have an excuse to act weird in public. 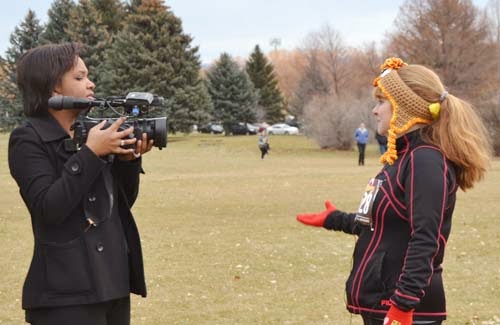 CindyLooWho got singled out by a local news station for an interview that ended up on television later that day. 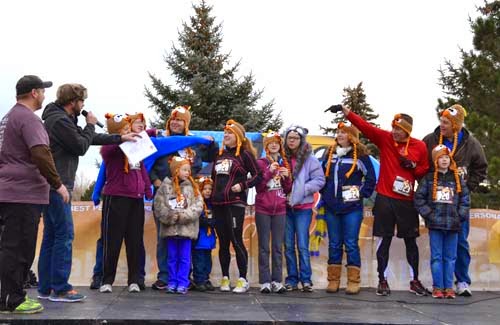 The group participated in the costume competition and gave credit to CindyLooWho for their crocheted turkey hats. Winners of the completion won a pie.  We got a LOT of pies.  This may be the first Thanksgiving EVER that we got sick of pie.

A short video of the big warmup. 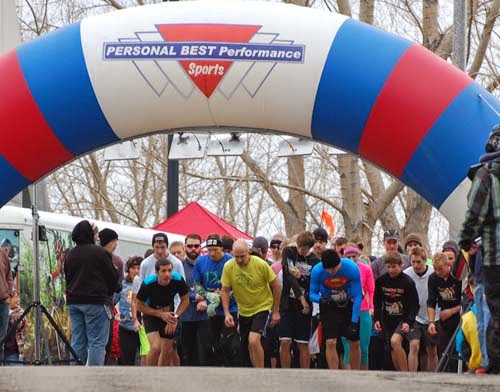 Finally the three thousand entries lined up and took off. 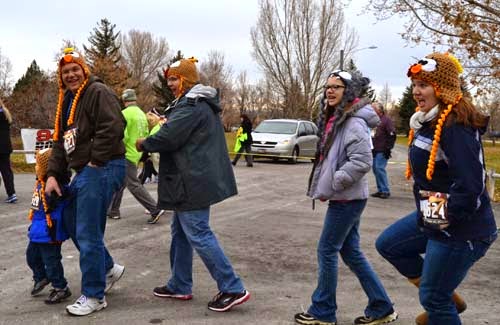 DH and I waited at the finish to cheer them in.  It wasn’t long before we recognized a redhead wearing a turkey hat coming in from the 5k run. 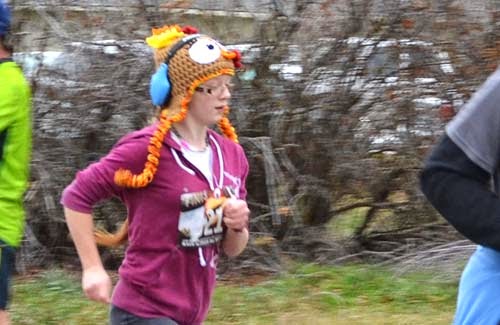 His sister was not far behind. 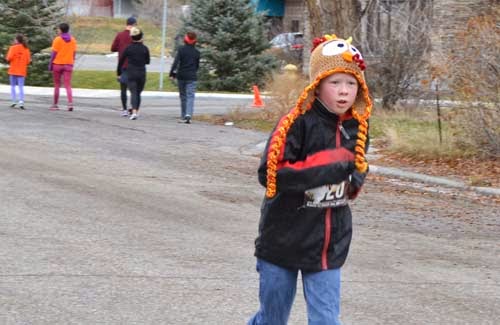 Another brother.  They were easy to spot in the crowd in those hats with the long yellow turkey legs. 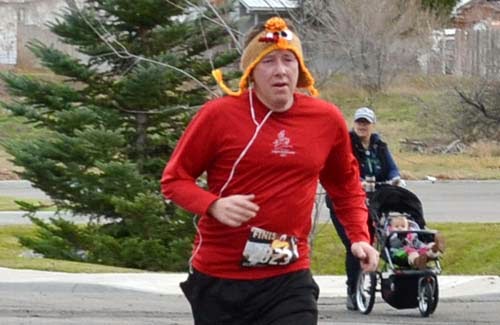 Beavis went by in a blur, finishing the 10k run. 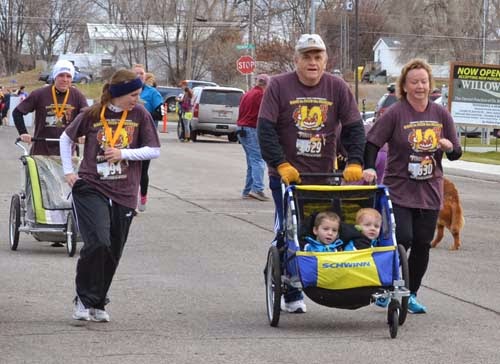 We got a kick out of watching all kinds of groups with strollers, wheel chairs, and even dogs go by. 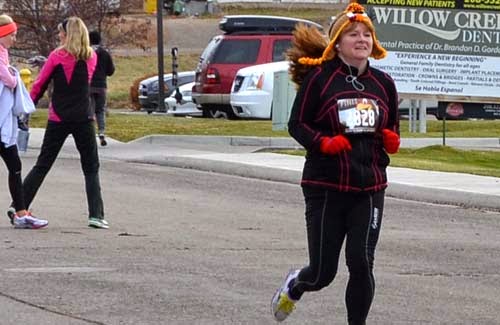 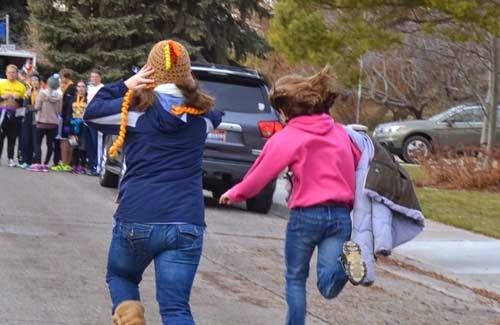 A couple of sisters trying to outdo each other in the final sprint. 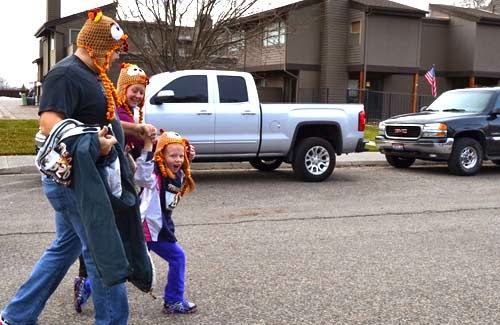 Dad and Mom and the youngest Sim. 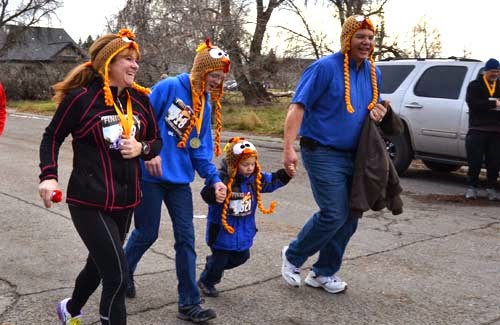 Last but not least the shortest turkey and his dad. 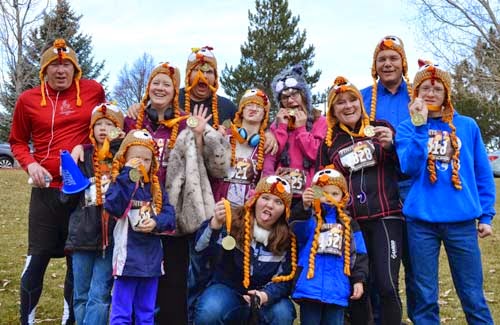 We’ve burned off a bunch of calories. Bring on the feast!