A little more than three minutes of your time to take a fine walk through the park with Dexter and Linda Sue.
Posted by Leenie at 12:46 PM 10 comments 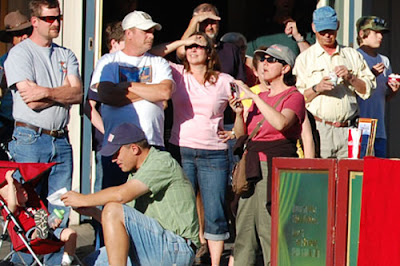 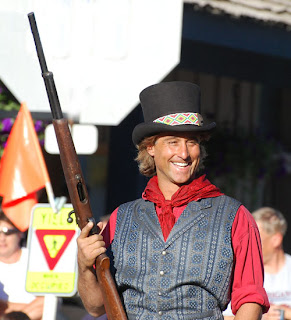 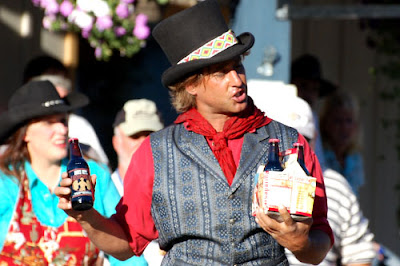 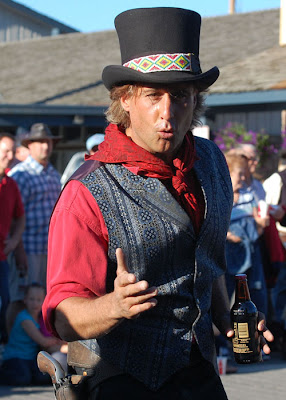 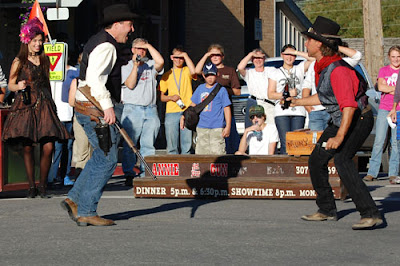 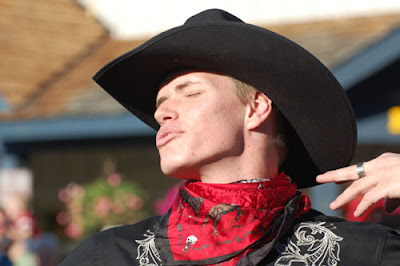 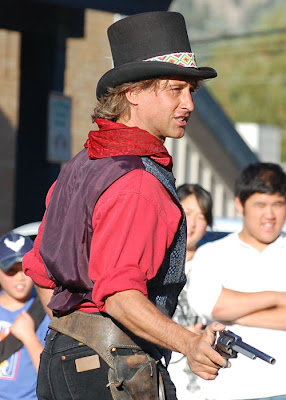 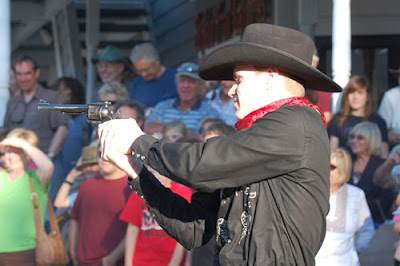 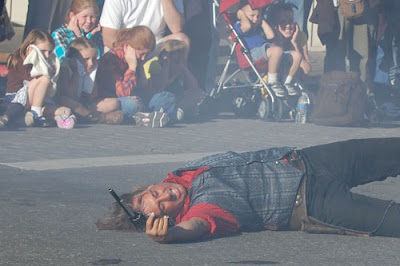 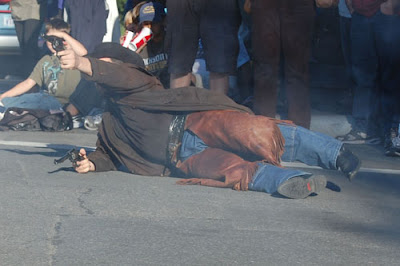 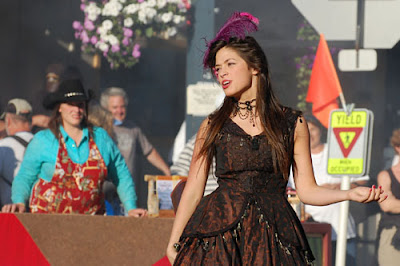 Soon no one in the street was left standing except the lady in the fancy dress and the bar maid.  Fancy Lady encouraged one and all to show up later to see their play at the theater.
Posted by Leenie at 4:48 PM 8 comments

ANOTHER NAME FOR MY JOB IS...

My occupation in graphics mostly involves designing and preparing custom art to be screen printed or embroidered on clothing such as shirts, jackets and hats.  We do a lot of jobs for businesses, schools and sports teams.  Most of my work is pretty routine.  Although every day is different, and the people where I work are a bunch of crazies.

Lately we've been printing shirts for county employees.  The design is just the county seal with the name of the job underneath such as "transportation," "roads and bridges" etc.  These people are probably not paid much and someone is not paid to think much.  Case in point.  Would you like to go about your day wearing a shirt with the logo below printed on your left chest? 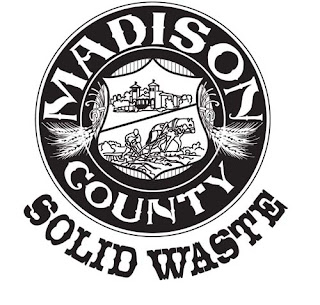 Filmed during my visit to Linda Sue's.
She's made quite a few animal friends in her neighborhood.
Posted by Leenie at 10:28 AM 10 comments