"He who has gone, so we but cherish his memory, abides with us, more potent, nay, more present than the living man." ~ Antoine de Saint-Exupéry 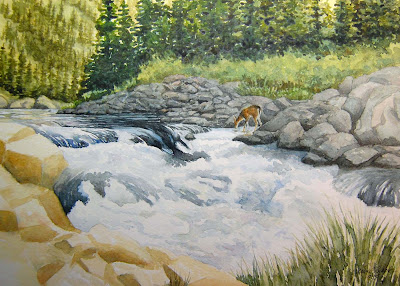 For as long as you remember me, I am never entirely lost." ~ Frederick Buechner
Original watercolor  "Payette River and Deer" 2008 by Eileen Black
Posted by Leenie at 12:10 AM 9 comments 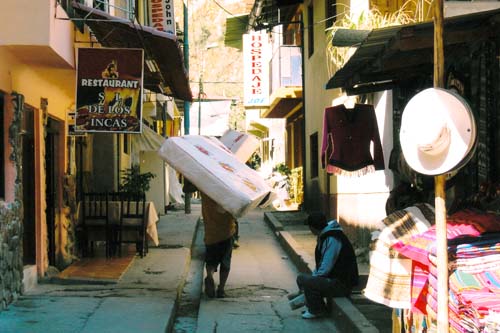 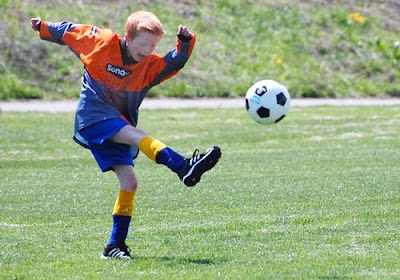 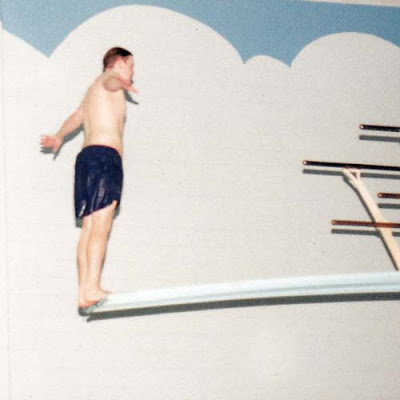 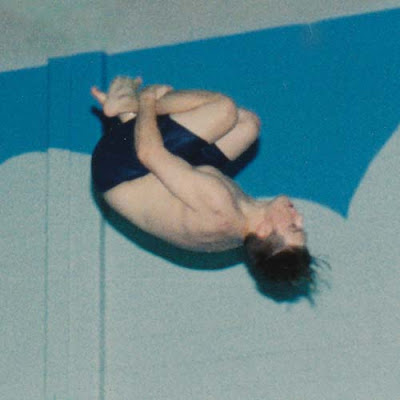 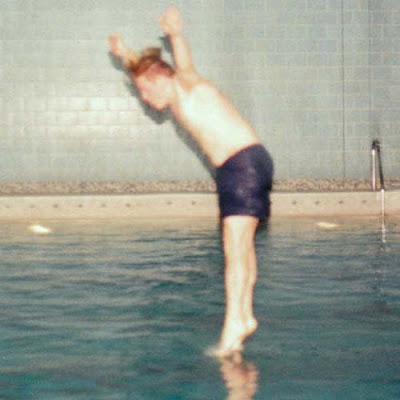 Walk on water
For more BALANCED posts visit upsidedownbee
Posted by Leenie at 4:38 AM 9 comments

CONFLICT ON THE LAWN

Orange and black are aggressive colors. They are the colors of sports teams and Halloween. When I saw orange and black in the plum tree I got out my camera. A big oriole was making a meal of the bugs and worms there. 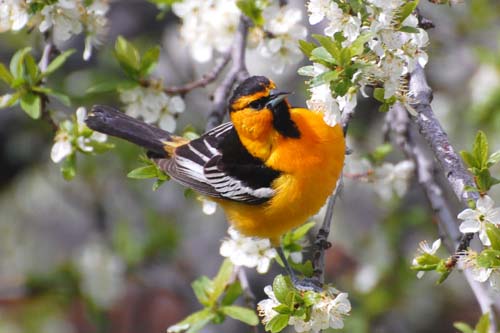 He was a bird with attitude.
When he flew to the lawn he was met by an adversary. 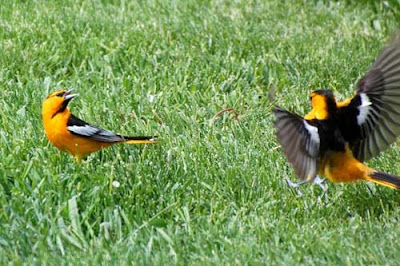 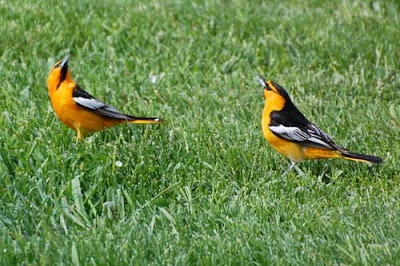 I have no quarrel with you, good Sir, but I must cross this lawn.
Then you shall die.
I command you to stand aside! 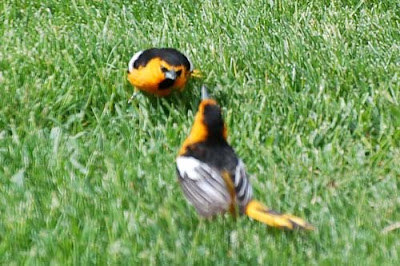 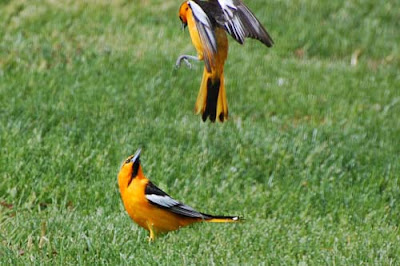 Now! Stand aside, worthy adversary.
Come on you pansy! 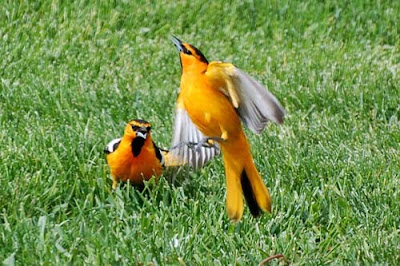 You are indeed brave, Sir, but the fight is mine.
Oh, had enough, eh? 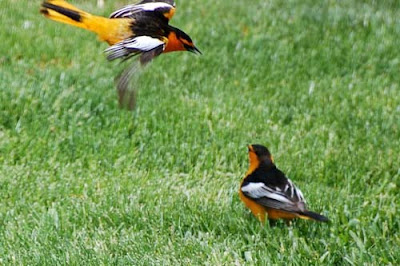 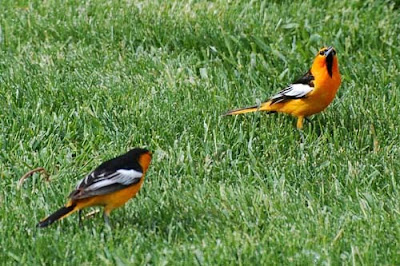 Right, I’ll do you for that!
You’ll what?
Come ‘ere!
What are you going to do, bleed on me? 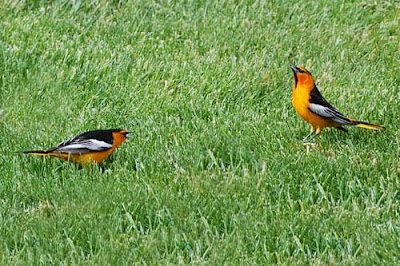 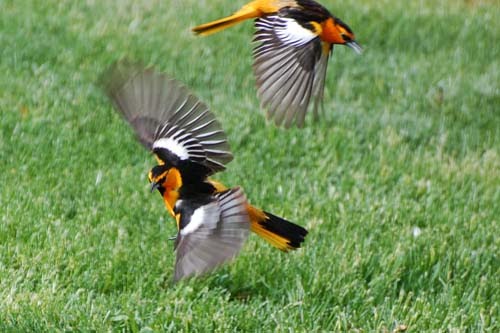 I always triumph!--Have at you!
Come on then! 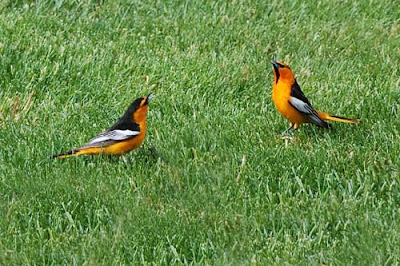 All right; we’ll call it a draw. 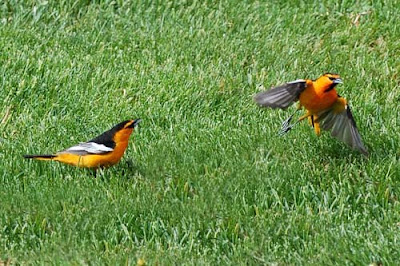 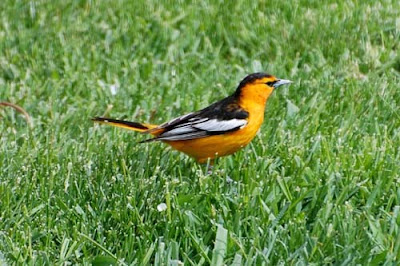 You orange fool! Come back here and take what’s coming to you…I’ll bite your leg off!

And if you haven’t already guessed, the script is adapted from the clash between The Black Knight and King Arthur in Monty Python’s Quest for the Holy Grail.
Posted by Leenie at 1:13 PM 15 comments

The weather over the weekend was sunny with blue skies. There were also unceasing gusty winds. Off and on it clouded up and then it rained--a lot. On Saturday snow fell. The sky filled with big fluffy flakes that might be called feather snow in November, but now it most certainly would be categorized as Dufus Snow. There was also sleet, a little hail and it got so cold at night that the bird bath froze over. 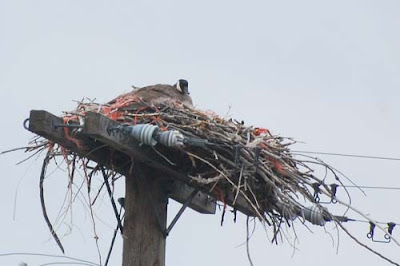 This morning the temperature had improved some and the wind had stopped. I dressed warm, grabbed my bicycle and went for a ride.

I made a point of going by the big osprey nest now occupied by the Canada Goose. Despite the days of rotten weather she was still there. 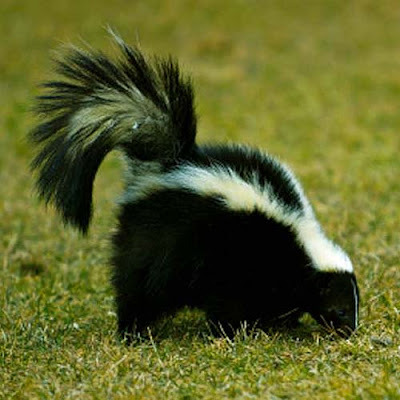 Not a Mazie bird, more of a Horton type—faithful one hundred per cent. I was so happy to see that long neck peering over the nest that I almost ran over a skunk.
Both the black and white stinker and I were surprised to see each other. There is nothing like the sight of a skunk to shoot adrenalin through the system. I was long gone before Mr. Le Pew could load his weapon.

The cool misty morning gradually became rainy and then turned into a downpour. Someday there will be practical windshield wipers for glasses. When I came in the house I had a stripe down my back, not unlike a skunk. However, mine was just mud and water flung up from my back bicycle tire.
skunk photo from Grit.com
Posted by Leenie at 5:05 PM 8 comments

Just playing with words and this is what happened.
Don't know where it came from--kind of a weird ouija board sort of thing. 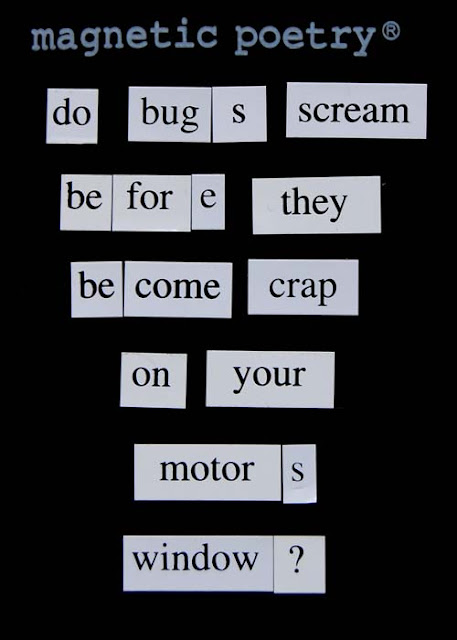