The rise like a picket fence along the border between south-east and western .

Their profile is much the same from any angle on the side.

On the side their appearance changes dramatically from every location.  This is the view from Grand Teton Lodge, a high rent national park hotel which has a nice bathroom just off the lobby.

DH and I have lived just an hour and a half's drive from The Grand Tetons for a long time.  We went through and on our honeymoon.  It was pouring rain and we never even saw the mountains, but we didn’t much care. 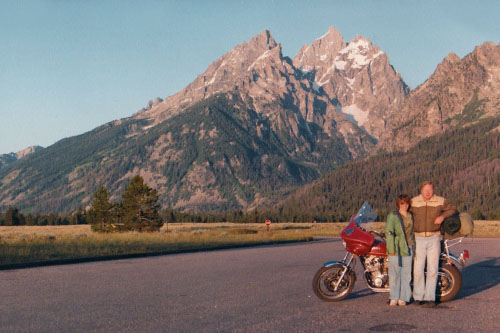 We’ve gone back to visit almost every year.  The view never ceases to make me get a little crazy with my camera.  This shot was one of those set-the-timer-and-run pictures.  We were on our way back home from a motorcycle trip to and a little road weary. 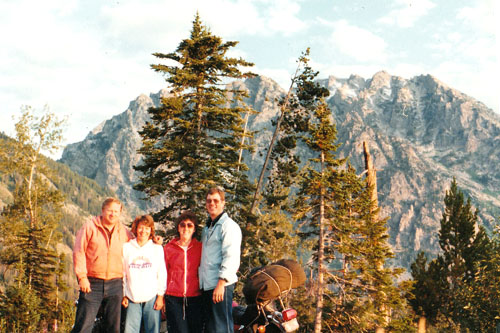 Back again with friends on another motorcycle excursion and a hike around . 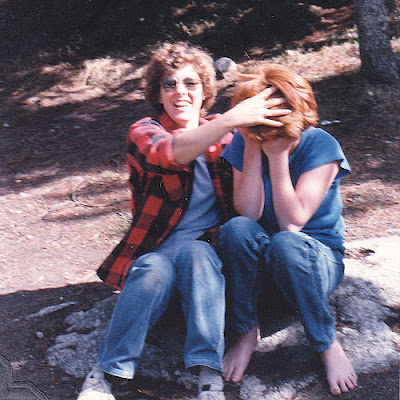 Before the place became insanely crowded it was a great place to do a little family camping. 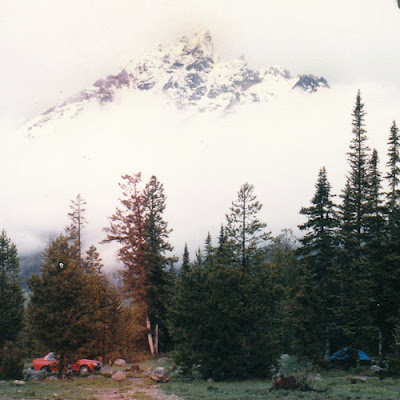 Who couldn’t resist a view like this from your picnic table? 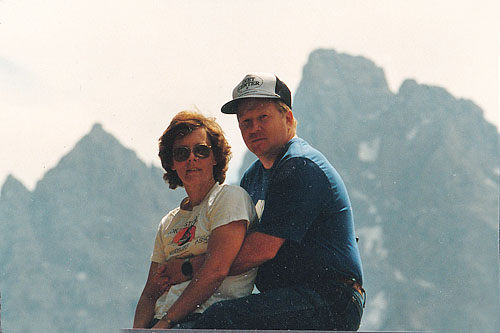 DH and I even hiked up to where we could see The Grand up close at around ten thousand feet.  The trail looked so easy on the map.  How can miles up a mountain path be so much longer than miles along a sidewalk? 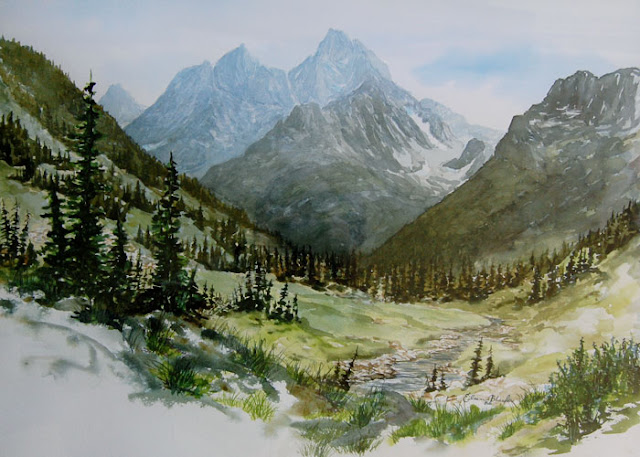 "The North Face" transparent watercolor 18x24 in. 140 cp
That view inspired this watercolor painting which I gave to DH to hang in his office on campus.  It helped us remember the good times and not the blisters on our feet. See more of my paintings here. 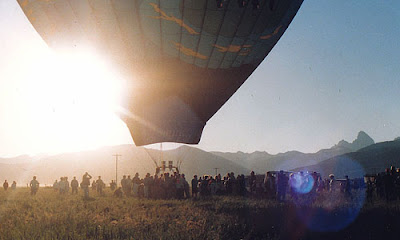 The Tetons have served as a backdrop for several trips to the July 4th Balloon Fest. 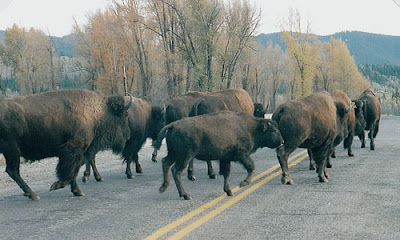 Sometimes our trip through the park is slowed by the locals. 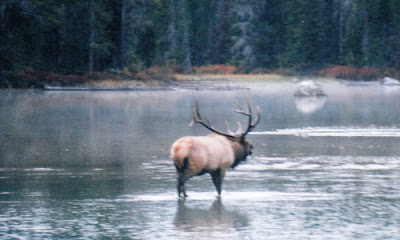 If you go there REEEEAALY early in the morning in October you can hear the eerie sound of the elk bugle, and most likely get to see the big bulls as they show off for their cows. 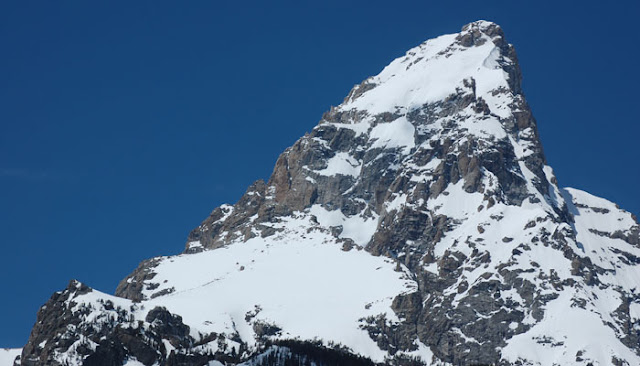 There’s something about being from out of town that makes a person want to purchase items that make no sense when they are brought home.
survives mostly on tourist dollars.  In the winter they cater to the skiers, boarders and snow bunnies. 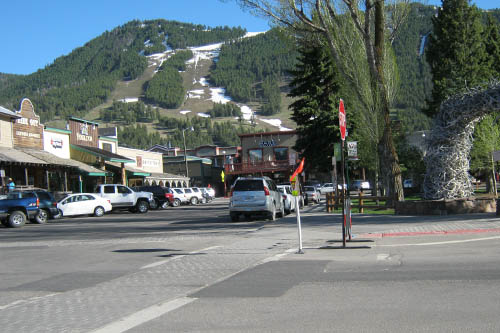 When the white stuff finally clears off the hills… 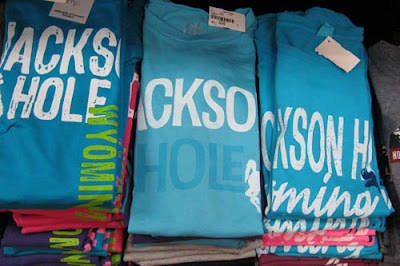 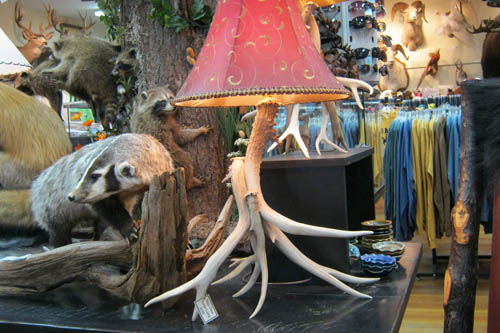 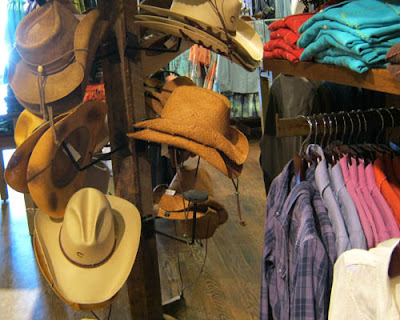 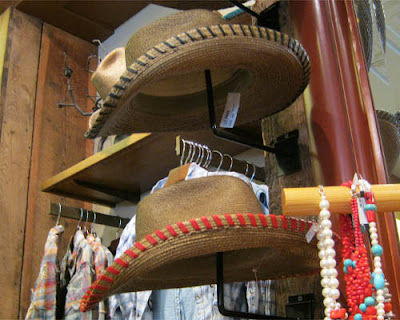 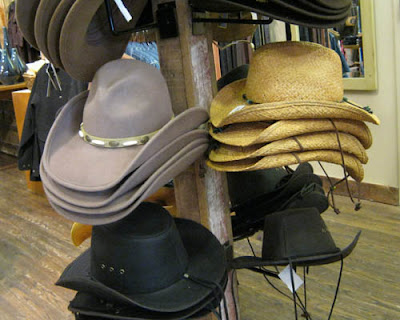 Hats with chin straps and hats with hat bands.
Most of them cost about as much as a top of the line
computer ink jet printer, but the sky is the limit.
And, except for sweaty people on sweaty horses
chasing stinking cattle, most human beings
look pretty silly in a cowboy hat. 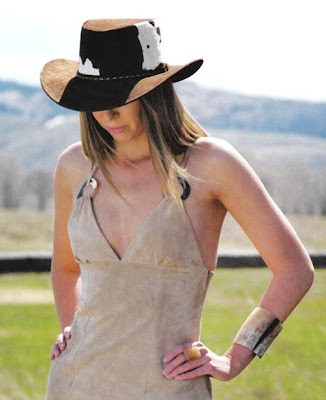 Of course there are exceptions.
Then there are the cowboy boots. 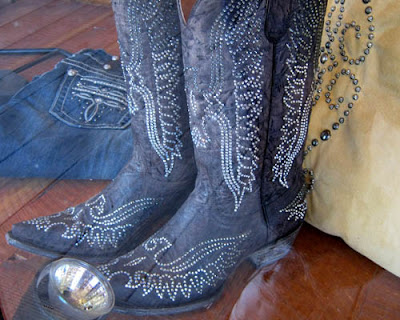 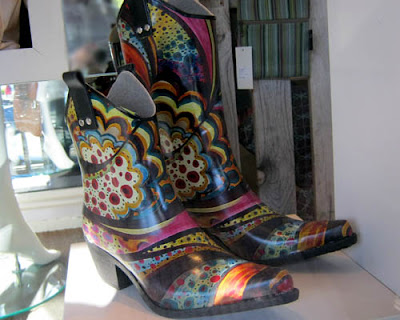 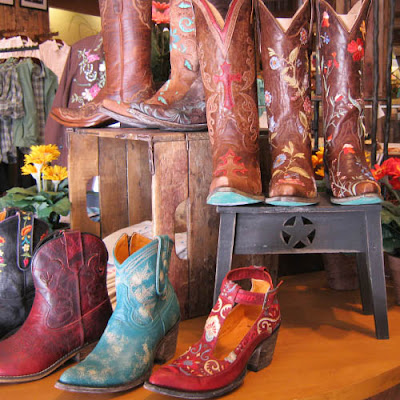 Embroidered boots—sandal boots??
These are a little impractical for working in manure
and cost twice as much as the hats. 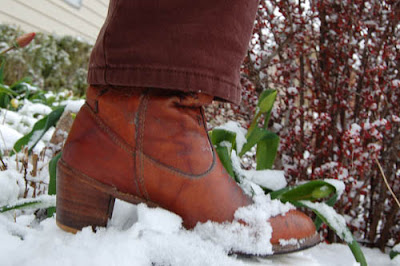 My boots are very useful in snow.
When I bought them at a local second hand store
they cost about the price of a Happy Meal. 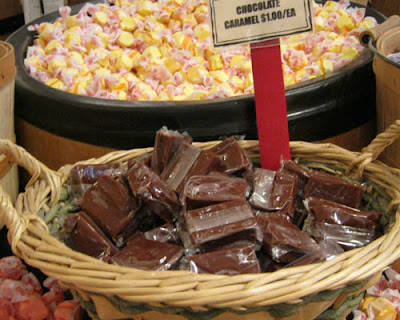 Of course there are plenty of different places to shop in . 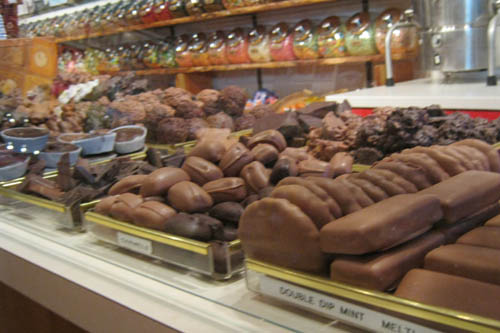 There are some things you just need. 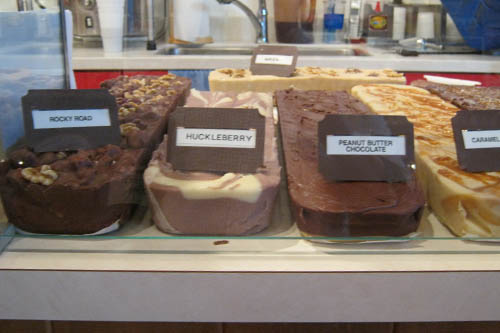