The wind that has been blowing for days and days and days finally stopped, but not before a fire destroyed six houses and five outbuildings near Boise.  Two much larger blazes threatened dozens of dwellings in Wyoming and Colorado.


How hard did it blow here? 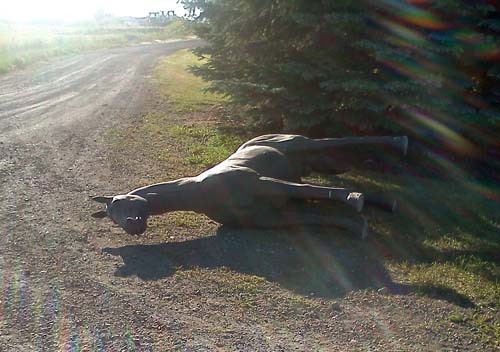 Hard enough to tip over horses. 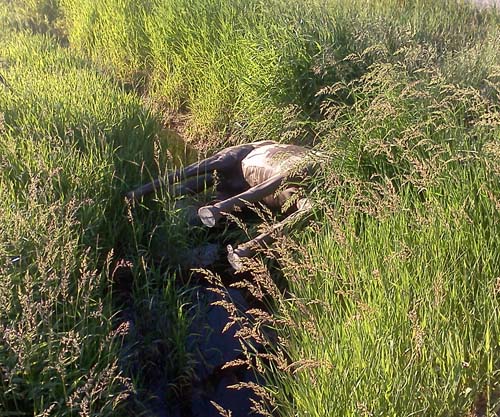 This one even ended up in a ditch.

On the other hand, maybe they fell down when the wind FINALLY stopped.
Posted by Leenie at 6:02 AM 15 comments

A DONKEY AND DUCKS

I've just added two new paintings to my Etsy site.  You can see them and the others I have listed
by clicking on the red "Watercolors by Leenie" in the upper left column of my blog page. 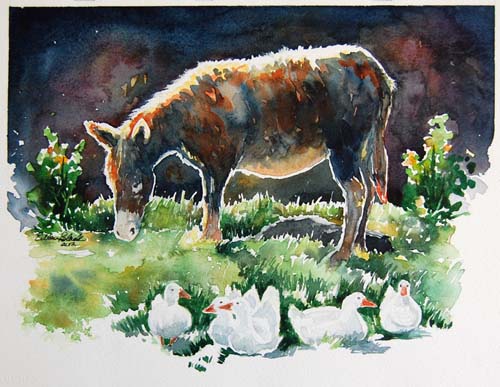 The photos and sketches I used for "Donkey and Ducks" and  "Ducks on Parade," below, came from a visit to a lush valley in Peru on the Urubamba River near Ollantaytambo. It was early morning and the low angle of the sun intensified colors and made almost everything look like a work of art. 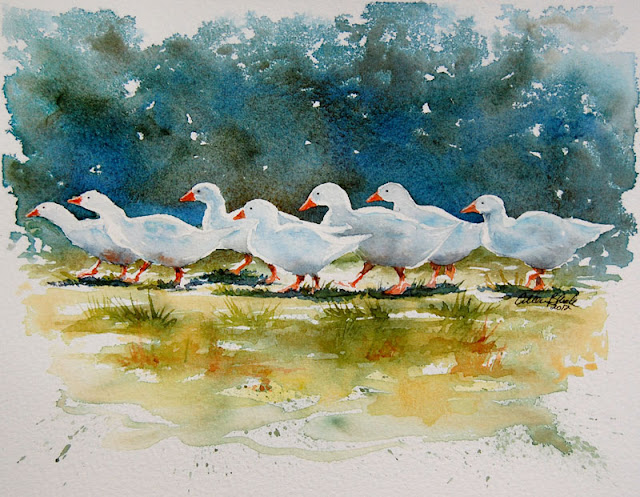 We didn’t need to check the calendar, the paper or the television to know it was nearing time for the annual airshow. 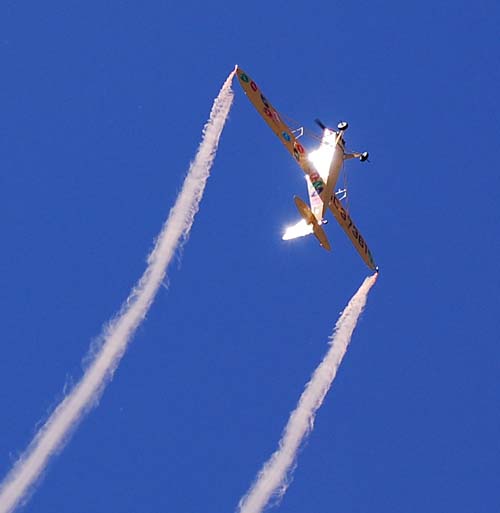 We could hear the pilots practicing for days ahead as they came and went at the airport a few blocks from our house. 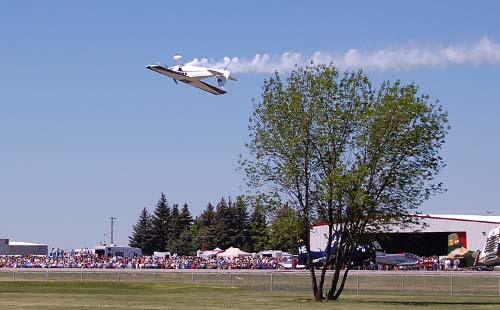 Only a person who could sleep through a bombing raid would miss the roar of stunt planes warming up for the crowd which started gathering around 7 a.m. on Saturday. 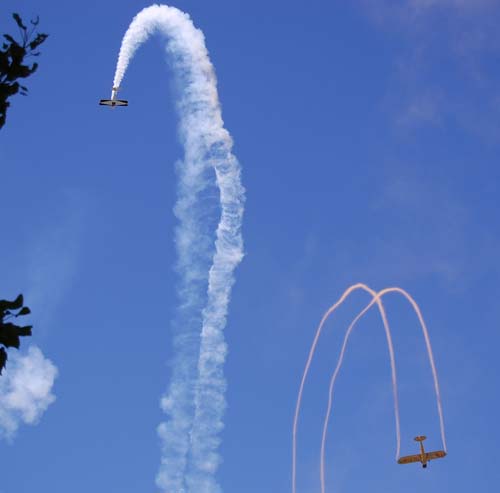 From our front porch we saw the sky fill with trails of smoke as the airplanes went through their repertoire. 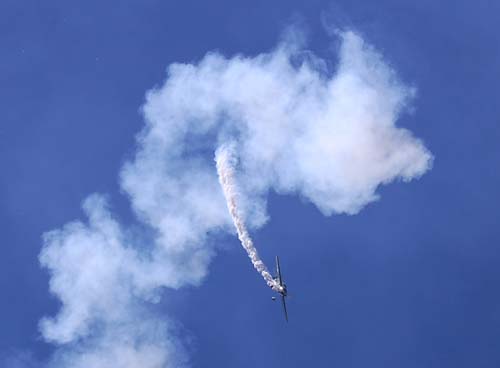 Some years we’ve left our weekend chores and gone over to the edge of the golf course to watch and get a stiff neck and a dry tongue from gawking at the sights in the sky.

It’s a good thing we weren’t at the golf course the evening before this year’s airshow.

This from Fox News:
Officials at an eastern air show say a stunt plane crashed into a golf course Friday evening but the pilot suffered only minor injuries.
The annual Legacy Air Show attracts stunt pilots and vintage aircraft from around the country.  Air show officials said that pilot Buck Roetman of , appeared to have a broken ankle.  After the plane lost power, Roetman aimed for a clear spot on the edge of the course, just east of the airport.

Note: these photos were taken back in 2008.  Aside from their size, all airplanes look pretty much the same to me. Instead I stayed home and washed windows.  I could see most of the acrobatics from our yard and was inspired to do some extreme window cleaning. 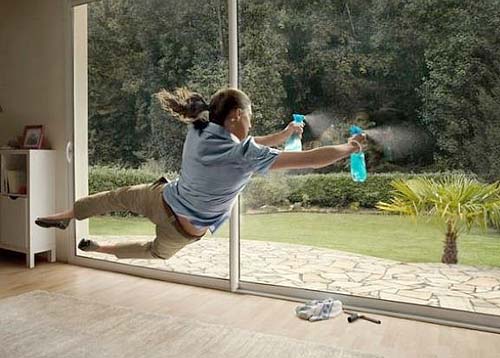 Okay, this isn't a photo of me.  I stole it from Google images.
The dead give-away is the palm tree in the yard.
Posted by Leenie at 6:49 PM 10 comments