(original poem by me)

The silver moon climbs in the east
And pulls along the rolling sea.
At lowest ebb, black mussels close,
Still dripping, into salty pools
Where sculpins dart and hide in fright,
If passing shadow blocks their light. 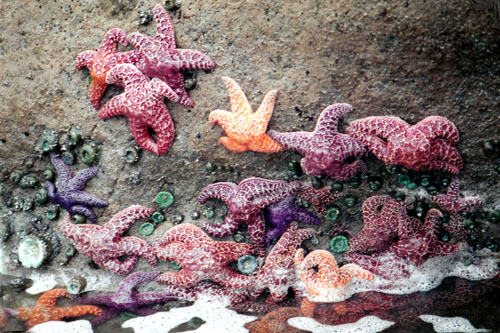 Starfish clamp themselves to rocks.
Anemones bind their snaky locks.
Then, slowly, footprints in the sand Erase as waves contract, expand.
As leisurely as the fading light
The mossy rocks sink out of sight.
Essential in the plan must be
The moon that daily stirs the sea.

A SQUAWKING BIRD AND A NEW LAKE

Our parakeet lived in a cage that hung from a floor stand.  Our cat enjoyed bumping the pole to make the cage rock and the bird squawk.

One night in August of 1959 my brother and I were awakened by shrieking from our bird.  His cage was swinging, but no cat was there to take the blame.  The next morning we learned of a massive earthquake in the area about 300 miles away. 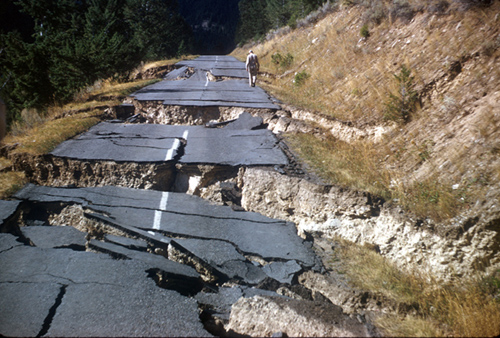 (news photo of a highway in the quake zone)
The quake measured 7.6 on the Richter scale.
It was said to be the largest known earthquake
ever to hit the in recorded history. 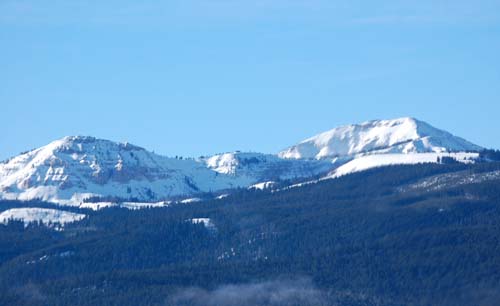 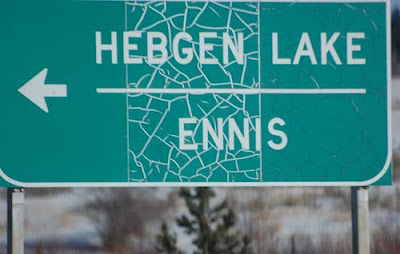 DH took the route past Hebgen 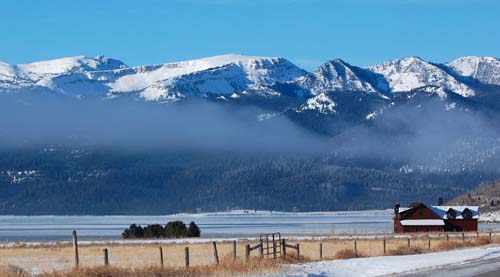 so he could check out the formation of ice on the water.
Fishermen are peculiar, but aren’t we all in our own way.

Not far down the highway is another lake called .  It was created that night in August when the earth shook and big hunk of of broke loose 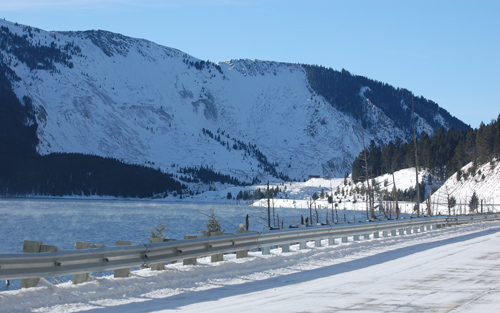 and swept across the narrow valley,
filling the canyon and damming the . 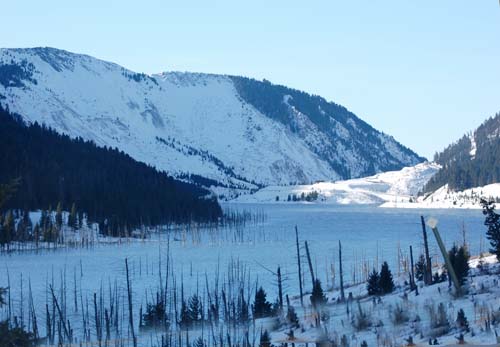 The face of the mountain is still void of most vegetation.
Trunks of trees that once grew high above the river
can still be seen rising out of the water of .

Several groups camping along the river were buried so deep that no attempt was made to find them.  Twenty-eight, (give or take two or three depending on how they are counted) people lost their lives in the 1959 Yellowstone Earthquake. 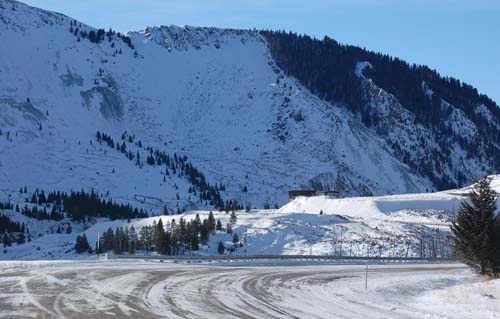 A visitor’s center is built on the dirt and rocks deposited by the landslide.  Near the building is a huge rock that bears a plate with information and a memorial to those who lost their lives in the catastrophe. 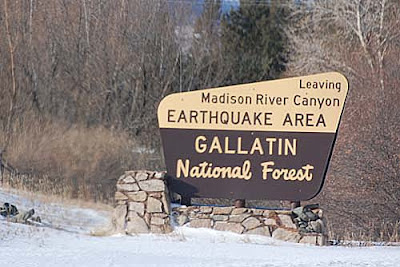 The area still shakes with earthquake tremors.  DH tells of standing on the ice of trying to catch fish when the low rumble of seismic activity rolls across the valley and the ice cracks and rattles.
Posted by Leenie at 7:36 PM 20 comments