It’s hunting season, the time of year when people gather and get gear to outfit themselves to stalk the animals of the forest and bush.  I would estimate most game brought home costs many times more per pound than the price of a nice beef steak.  But it’s the quest, right?  The bragging rights that legends are made of.

My deer hunting expedition was a little less elaborate. 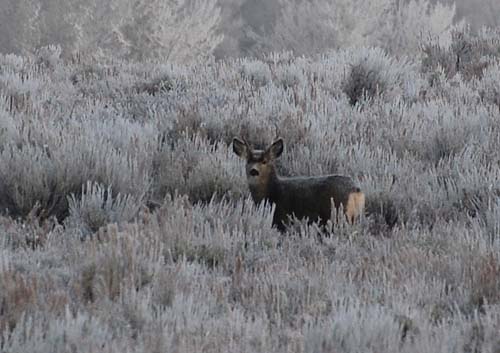 I was seeking a shot at a mule deer like this one I got in .  The size of the antlers was not a priority.  I just wanted to catch one in the view finder of my camera so I could come back and boast. 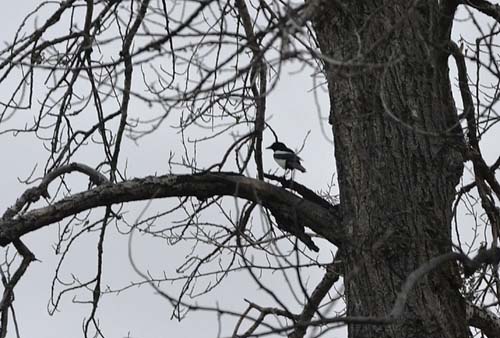 Within a half-hour walk of our house is a tree-lined river
far enough away from houses where all kinds of animals hang out. 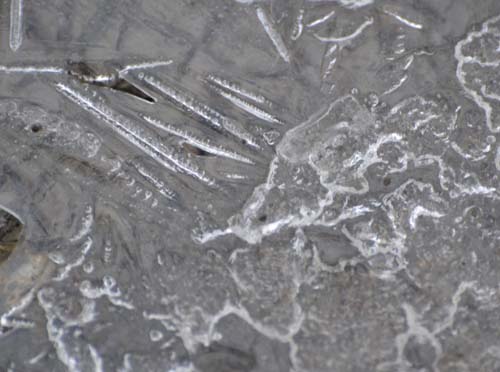 It was a little before dawn on an icy, overcast morning
when I took my camera and went deer hunting. 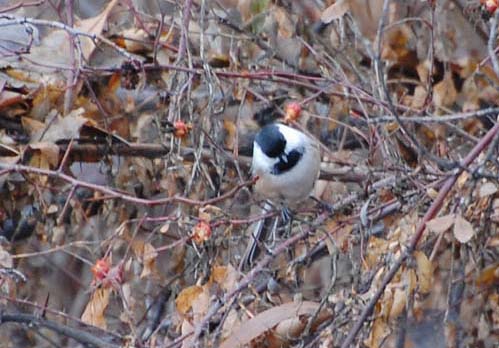 Even before sunrise the dog-walkers and joggers had gotten there ahead of me.
The birds were the only creatures who hadn’t taken cover.

There is a fence with a big “No Trespassing” sign put up to keep four-wheelers and similar vandals off property owned by a good friend.  I didn’t think that applied to me. 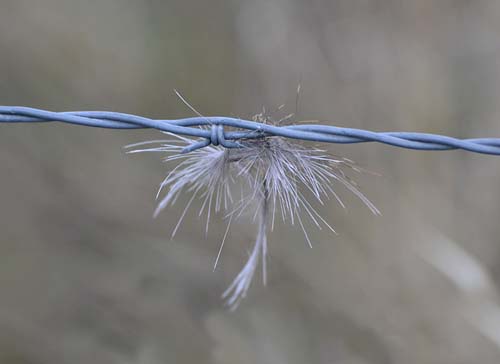 Neither did the deer.
One of them had left behind a hunk of hair when he slid between the wires. 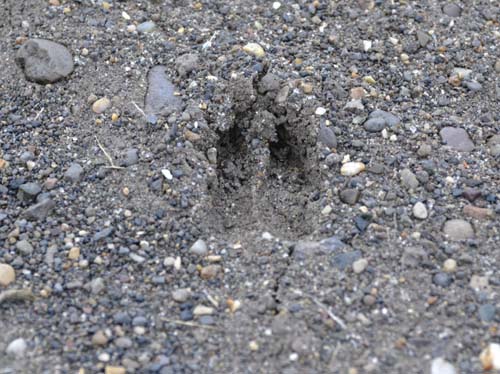 There were tracks in the mud along the road. 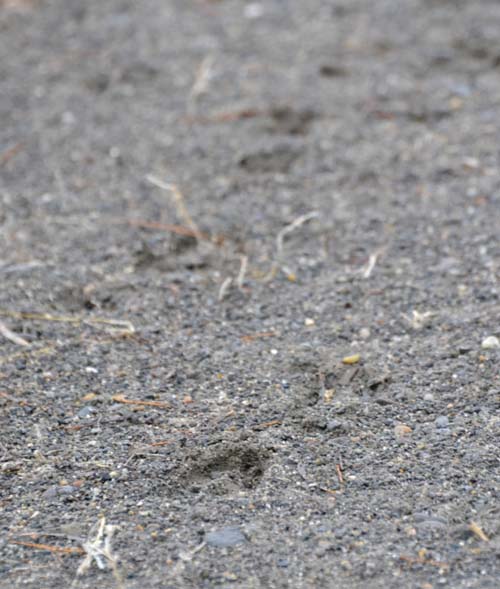 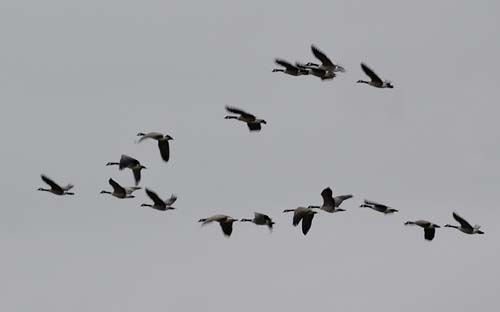 The geese flew up from the pond, honking and calling. 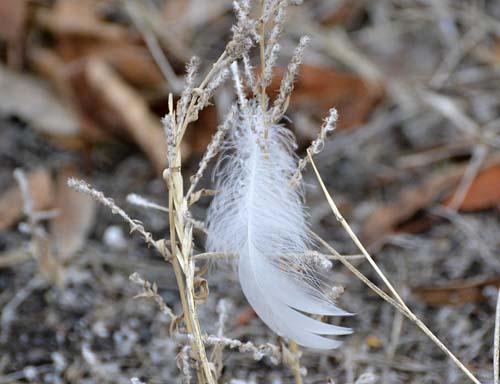 One left behind a feather. 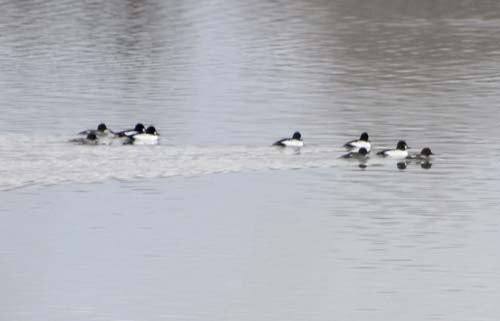 There were ducks on the pond so I shot them with my camera.  But I had to go home without getting a deer.  At least there are no rules against photographing deer out of season and the only carcass I had to drag back was my own. 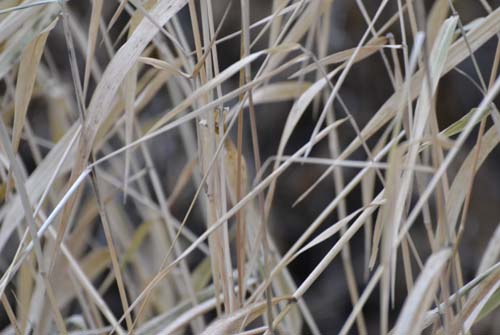 Every month a blog called the Virtual Paintout posts a location somewhere in the world.  Artists are invited to virtually explore the place using Google Maps and Google Street View and then do a painting or sketch of  a site they choose.  November 2012's location is New Brunswick, Canada.

After "touring" this province located on the Atlantic Ocean I ended up in Fredericton, the capital city.  According to Wikipedia it is, "an important cultural, artistic, and educational centre for the province. Fredericton is home to two universities, the New Brunswick College of Craft and Design, and cultural institutions."

Across the street from Lansbridge University on Queen Street is a colorful line of businesses. 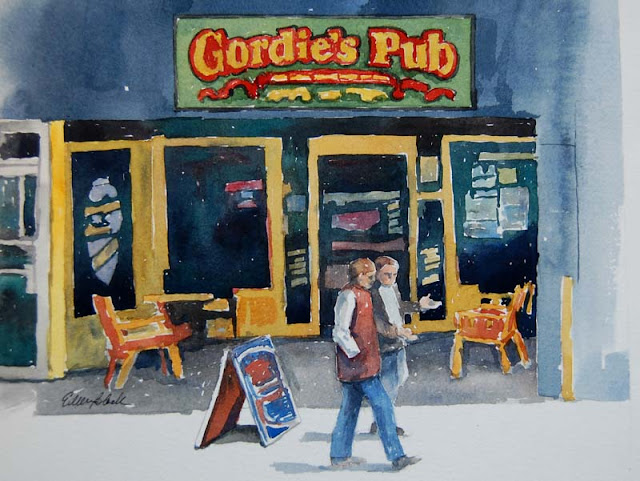 I did a little watercolor of Gordie's Pub and submitted it as my part of November's Virtual Paintout.
Posted by Leenie at 1:56 PM 12 comments 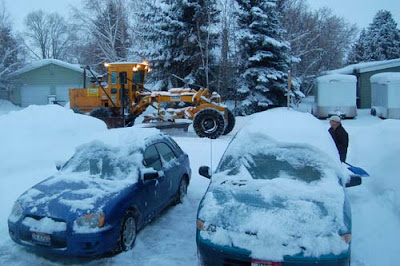 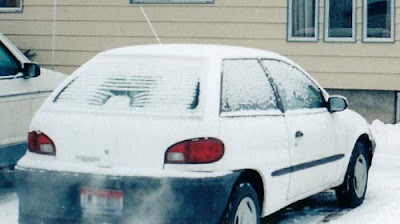 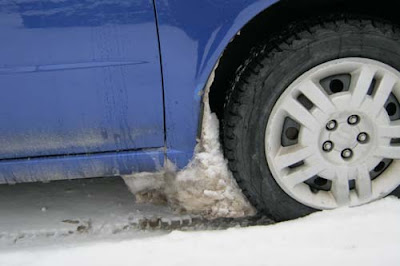 And when will auto manufacturers figure out how to keep the big chunks of ice from forming in wheel wells?  We have heated windows, and heated car seats; but still we have to deal with those gravel-filled glaciers that tear up the tires and fall off in parking lots to look like so many Yeti turds.
Posted by Leenie at 3:41 PM 13 comments