This is the seventh installment of my list of valuable information usually learned the hard way. Follow the links if you are interested in reading one, two, three, four, five, and six. 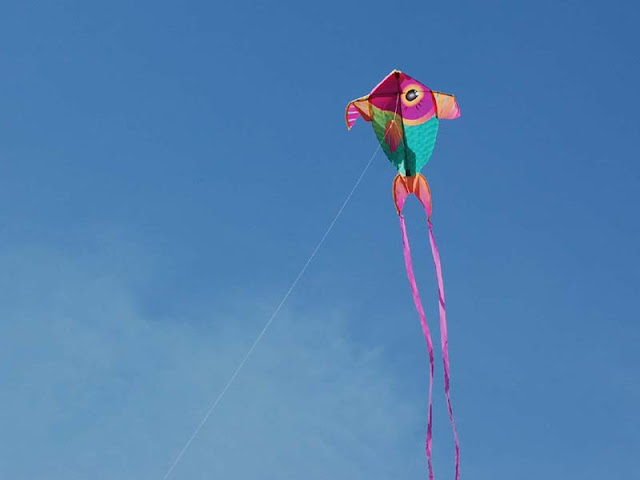 Cookie dough’s purpose is to hold warm chocolate chips together so they are easily eaten. • If you expect others to make you happy you will be endlessly disappointed. • Most kids want a pet, but nobody wants to empty the litter box, clean the fish tank, or pick up the dog doo off the lawn. • The advantage of being forgetful is that you can hide your own Easter eggs and you can re-read your favorite books again and again. • Sanity trumps nostalgia. • Red cars go faster. • How to test the value of an object--WOULD YOU PACK IT AND TAKE IT WITH YOU IF YOU WERE MOVING? WOULD IT BE IMPORTANT TO YOUR FAMILY IF YOU DIED? • Don’t compare yourself to others. They are more screwed up than you think. • It is easier to eat crow while it's still fresh. • Anticipation is often better than the real thing. • People who are happy to give you directions are not necessarily giving you the right information. • A mile up a mountain trail is much longer than a mile along a sidewalk. • Remember, you are unique, just like everyone else. • You know winter is about over when you get in your car in the morning and your drinking water is not frozen solid.
Posted by Leenie at 3:24 PM 5 comments

In the silver cold of a winter night the sound of a train whistle could be heard over three miles away. The massive black steam engine slowed only enough for a single man with a suitcase to drop to the side of the tracks. He walked a few yards to the small post office, stepped inside the nearby phone booth and dialed a number. He let it ring three times and hung up the receiver. Mom heard the train wail and was almost out the door when the phone rang. She knew Dad was letting her know he needed a ride home. When farming slowed in the cold months Dad would get a job working for Union Pacific Railroad.  He came home on weekends, often with a package or two for his kids. He even delivered presents for Santa. 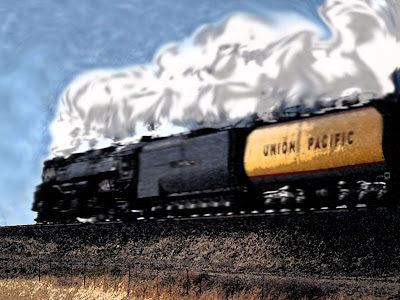 Black locomotives pulled freight and passenger cars from Denver to Portland through our little community at all times of the day. The steam and smoke that gusted from their bowels rolled away behind them and then lifted into the air. For the longest time I thought the trains made the clouds.

A few miles down the line was a town with a depot where passengers arrived and departed with their luggage being carted by black men wearing porter uniforms. While the baggage was loaded, the engine rested a quarter of a mile down the tracks. It waited, breathing like an exhausted race horse, as its boiler was topped off with water from huge tanks on stilts and another cargo of coal was loaded. When all was ready the conductor signaled the engineer and the monster eased out of town and was soon gone, leaving behind nothing but swirls of smoke in the sky and a long sad scream. 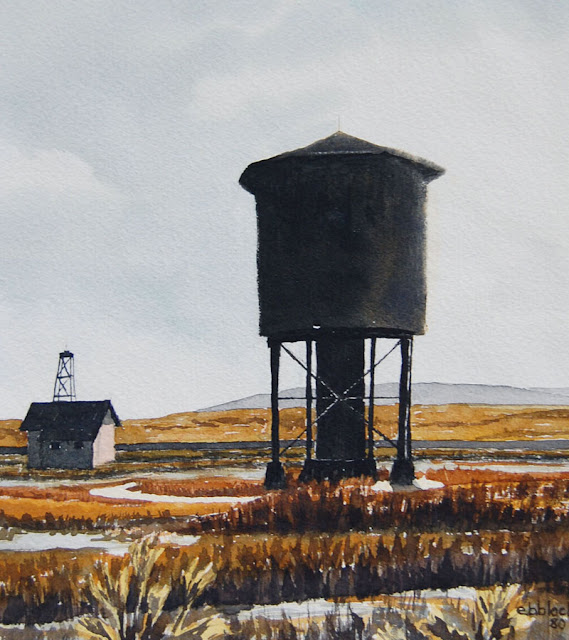 Train photos redone with Photoshop and original transparent watercolor of water tank by E. Black
Posted by Leenie at 5:26 AM 12 comments

GETTING HIS HEAD IN THE GAME

According to several internet sites; robins are one of our earliest birds to nest. Both male and female share in the building. Nesting materials may be gathered up to a quarter of a mile from the nest location. 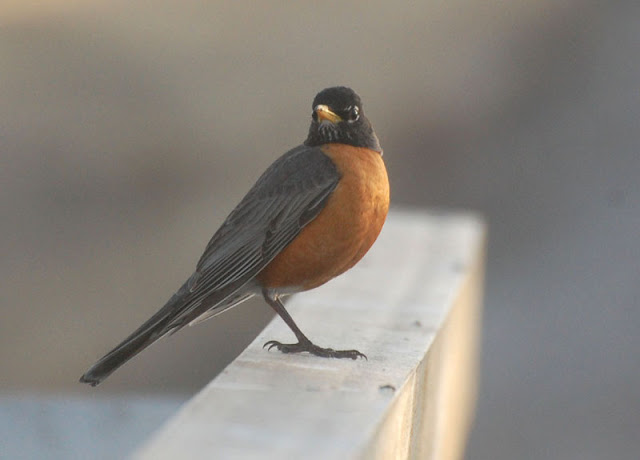 This handsome robin looks like he was sent out to find something nice for their new home. 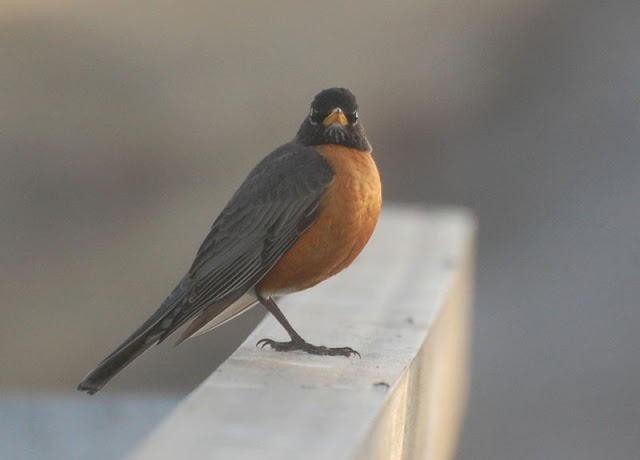 He seems to have an attitude problem. 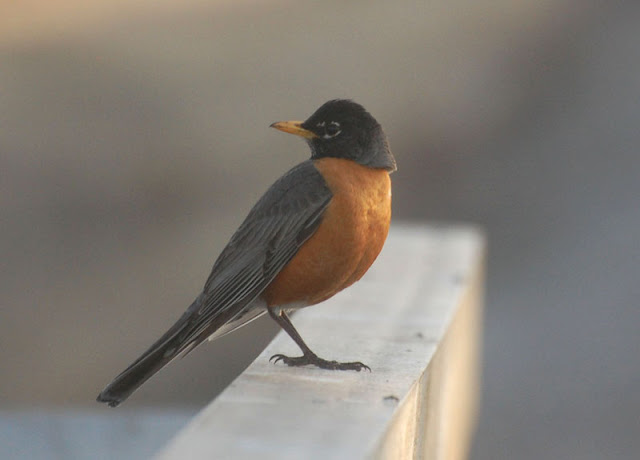 Maybe he needs to get his head on straight.
Posted by Leenie at 8:49 PM 3 comments

There’s a bike path that runs parallel to the river. While walking along it the other morning…

I noticed a tree had fallen across the path. The downed tree seemed healthy, and I doubted the damage was weather related since, for some strange reason, there had not been much wind in recent days. 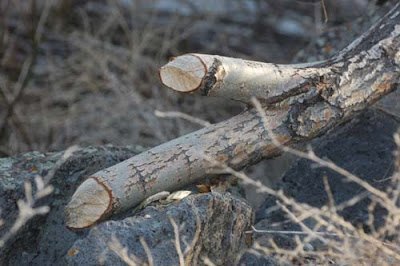 Then I looked at the branches. 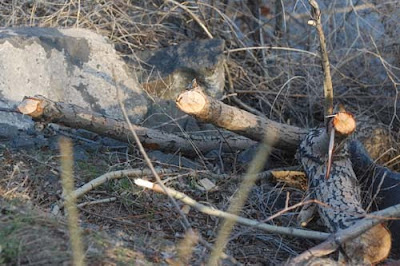 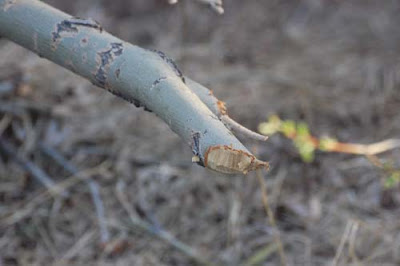 and small showed evidence of the work of a beaver. 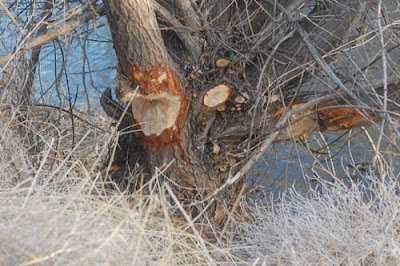 Other nearby trees also appeared notched and cut by large teeth. Some of nature’s engineers have been hard at work. 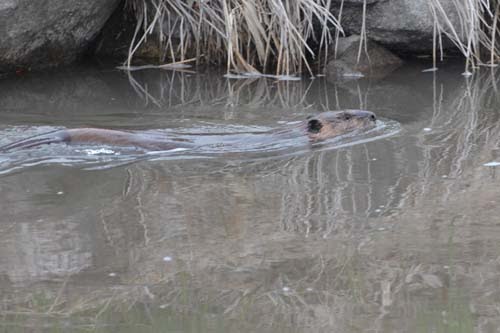 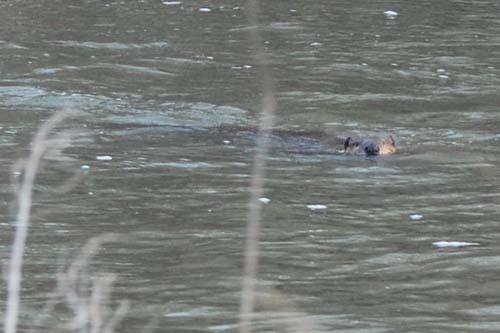 Maybe the new generation is working on a real estate development upstream.
Posted by Leenie at 2:49 PM 5 comments 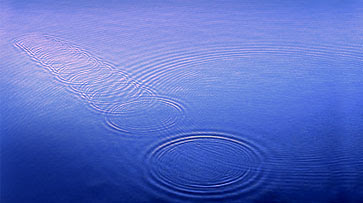