August in our neighborhood means... 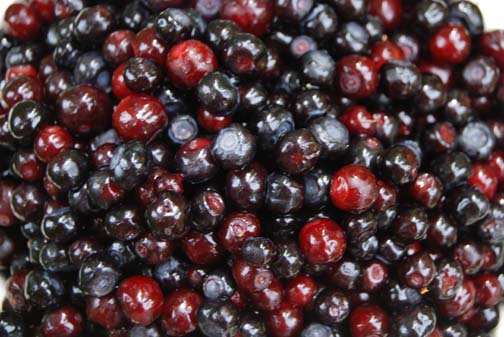 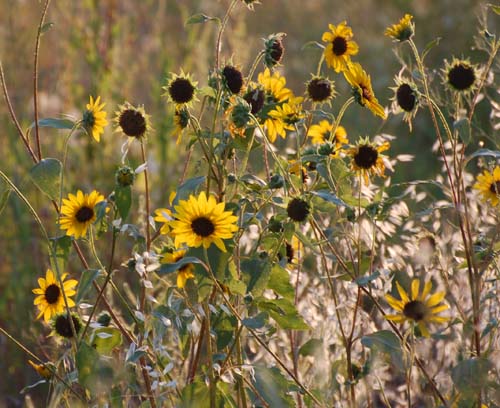 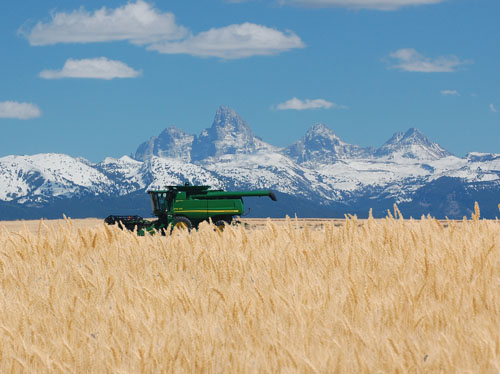 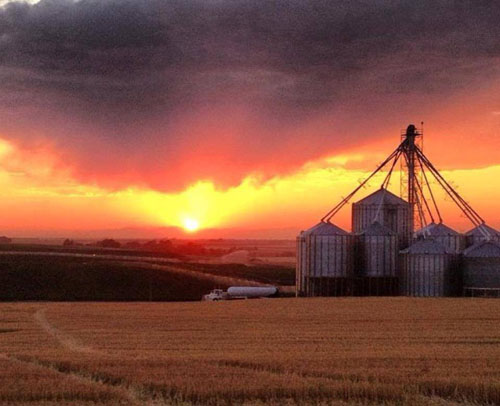 Sunsets photos like this one I borrowed
taken over the grain fields in Ririe, Idaho. 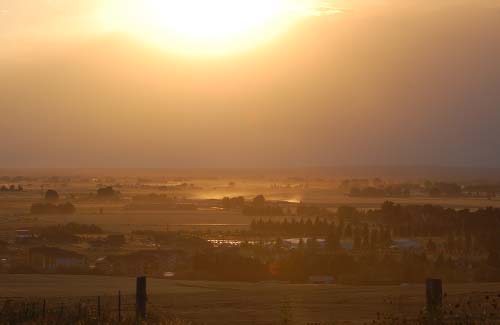 Hazy skies caused by the wheat harvest, but mostly by wildfires. 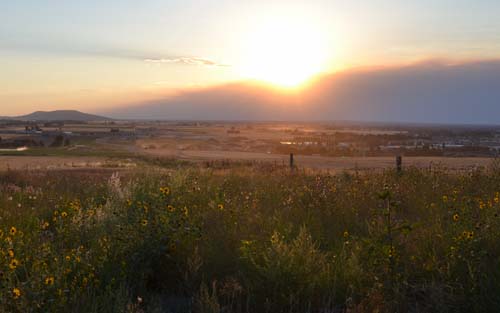 Those are not clouds in the west.  It's a bank of smoke rolling in from the center of the state. 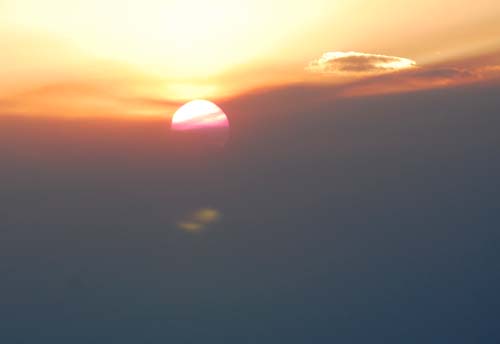 The sunset is magenta 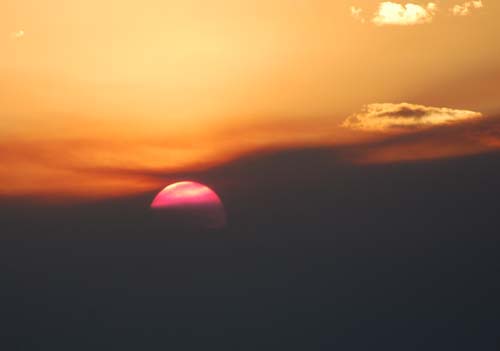 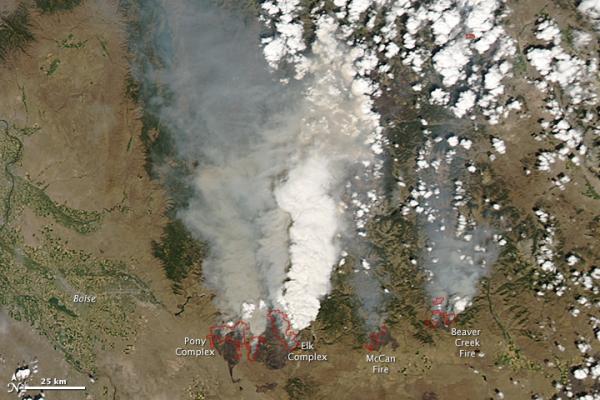 NASA satellite photos of Idaho's wildfires.
Photo taken August 10. It's much worse now.
"Southern Idaho's four large wildfires have burned 495 square miles since lightning hit the area six days ago.  The entire city of Boise is 80 square miles.  This satellite image shows smoke billowing from the four blazes burning in what appears to be a straight line across southern Idaho, just east of Boise."

According to ABC News 1,600 homes have been evacuated and the fire has grown to 92,000 acres as the wildfires continue to burn. 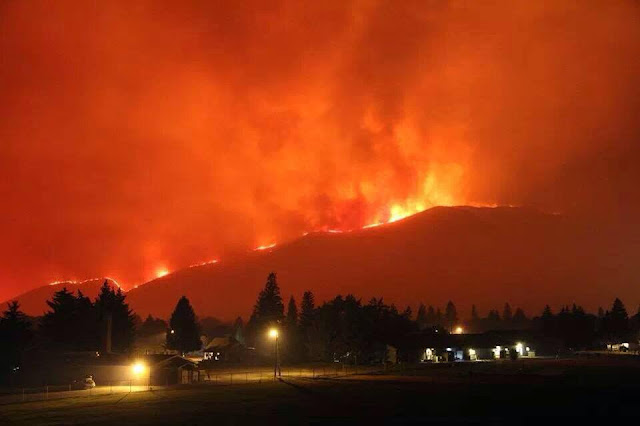 Update:  A photo of the fire just above Hailey, ID.  Hailey is just a few miles from Sun Valley.  My oldest was born there.  Sending hope and good wishes to the residents and the fire fighters.

I was minding my business, making beds, doing laundry the other day when the cell phone in my pocket started freaking out--screaming, honking, and vibrating.  The text read,
"Boulevard, CA AMBERAlert: LIC/6WCU986 2013 Blue Nissan Versa."

I'd seen the news about the abducted teen from California and even heard discussions about people in the state being wakened by some similar phone text.  But here? In invisible Idaho?  Turns out she and her captor  WERE in Idaho.  Some alert back packers spotted them in a remote part of the state and reported what they'd seen. Search parties went out and a rescue followed.

ABC News Reported:  After a massive search in a remote area of Idaho, police on Saturday located a suspect killer and the 16-year-old girl he allegedly kidnapped.  The girl was found safe but the alleged kidnapper was killed, police said.

I think more work needs to be done on perhaps putting more info in the Amber Alert so people can understand what just happened when their phone goes bonkers.  I give great credit to those involved in making people aware of the abduction which most likely resulted in the successful rescue. 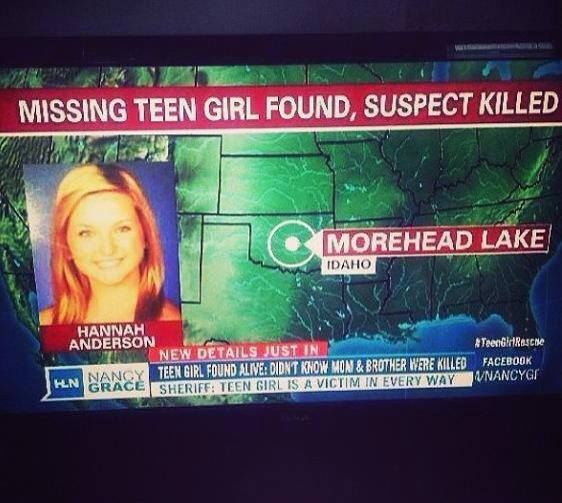 I'm just glad Headline News and Nancy Grace weren't in charge of the search.
Unless Idaho has moved and nobody told me.
Posted by Leenie at 7:33 PM 15 comments

We thought the best was behind us as we settled in for the long crossing of the .  The soothing waltz of the engine had some of us snoozing and I was making my way through a book when Captain Jeffrey called out, “Whales!”
We grabbed cameras and scrambled up on deck. 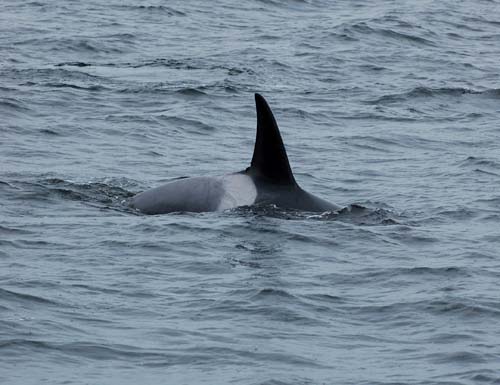 A big orca rolled by so close we could see the saddle of gray on his back.  These relatives of the dolphin can get to be twenty to thirty feet long.  This was only one of a group, called a pod, which was surfacing from the waves near our boat. 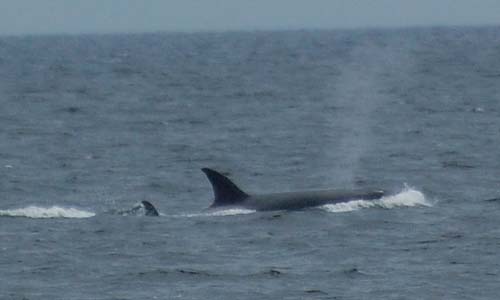 We caught a glimpse of a small fin near one of the larger whales and guessed it was a youngster with its mom. 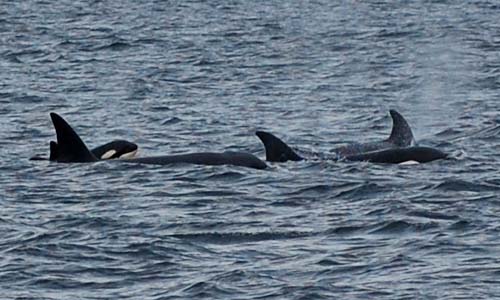 We continued to watch and, sure enough, there he was, swimming in the protective custody of his babysitters. 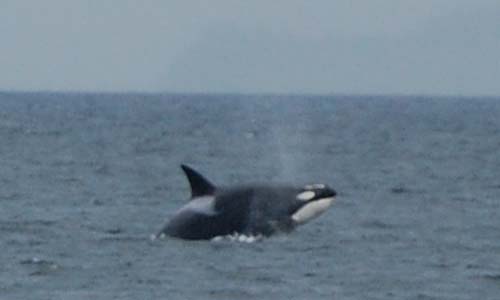 The orcas seemed to be pretty relaxed about our company.  As our cameras clicked away one of the big guys, weighing several tons, leaped out of the water… 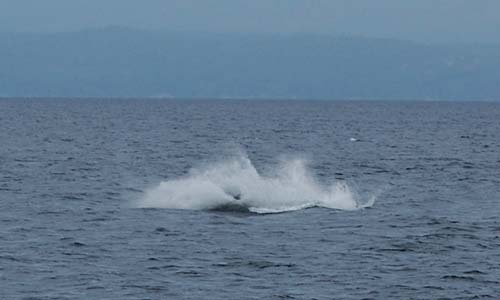 …and came splashing down with a force we could almost feel. 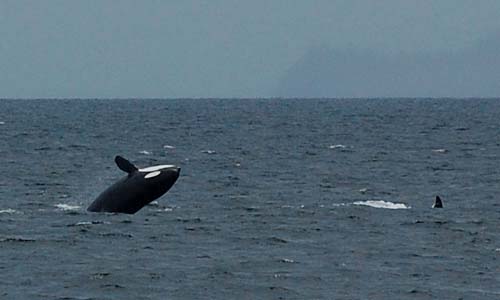 Not to be outdone, another breached nearby, only he raised the bar by coming down on his back. 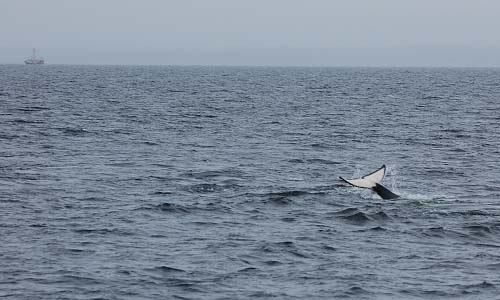 He landed with a flap and we could see the white underside of his tail. 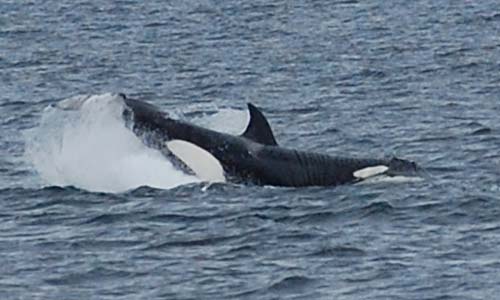 The huge predators played in the water nearby for several minutes while we gawked and grinned in amazement. 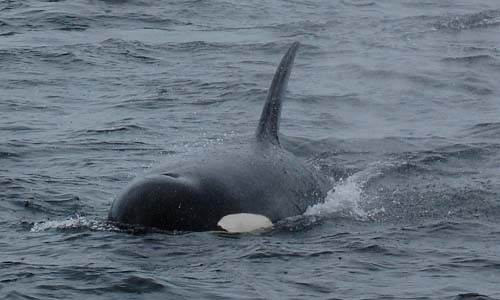 These small whales have 40 to 50 four-inch teeth and have been known to grab seals off the beach or an ice flow.  We were awed and a bit spooked to see them so up close and personal. 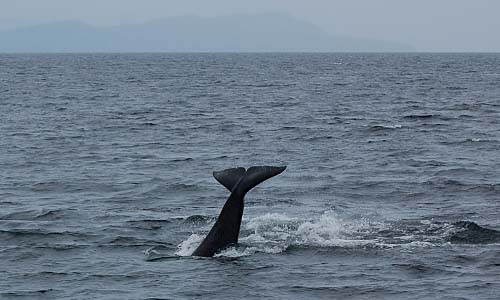 Then, with a wave of a tail, they disappeared from view.
The David B continued on her journey. 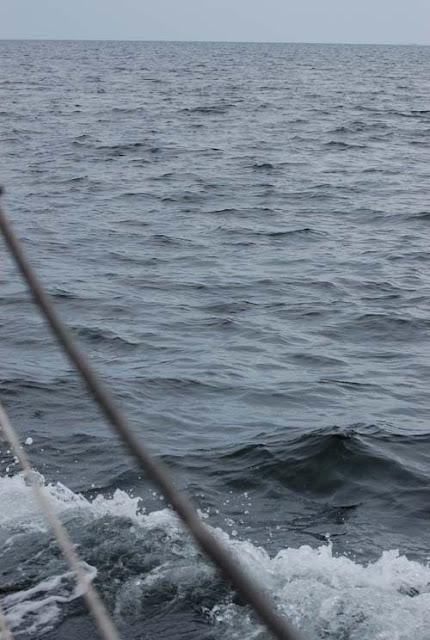 The next afternoon we were back on the dock in . Our thanks go to Jeffrey and Christine Smith; captain, chef and unforgettable companions, for taking us on an adventure of a lifetime.