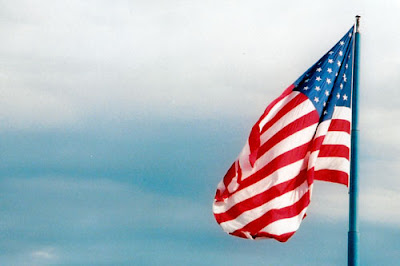 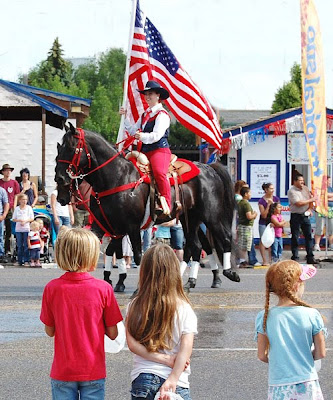 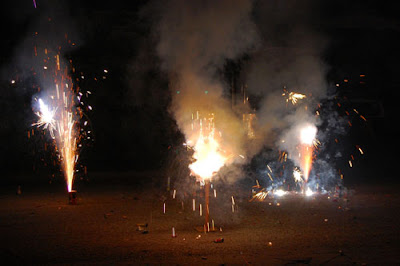 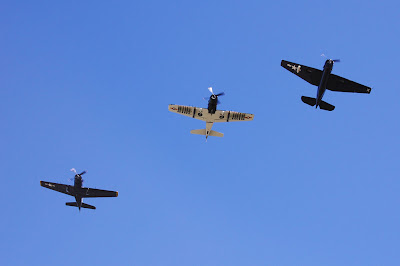 We thank all who make these possible.
Posted by Leenie at 4:34 AM 3 comments

Yesterday afternoon was sunny and warm. 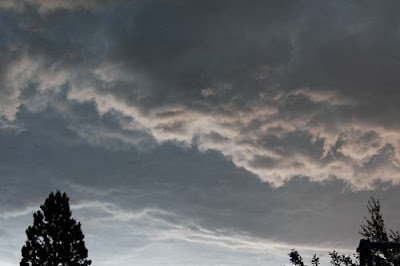 Then THIS came boiling across the sky. 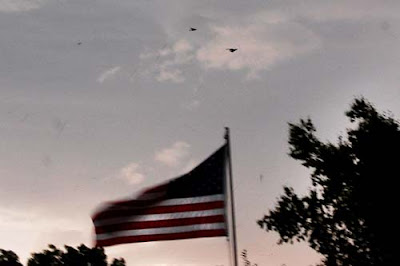 The wind picked up and the birds sought shelter. 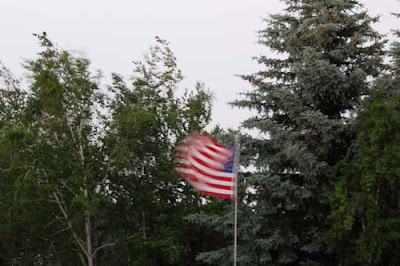 Then wind began to come in roaring gusts and rain poured down.
DH and I got a call for help and left in the car immediately. 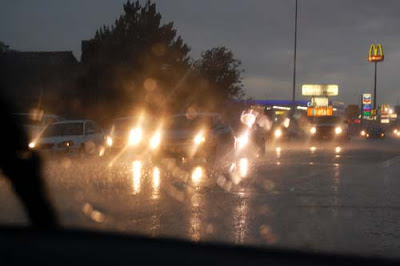 The streets were awash and the gutters were filling.
On we went past the McDonald's. 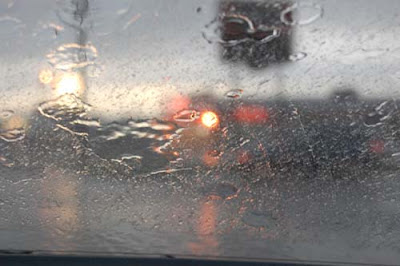 Rain came down faster than the wipers could clear it. 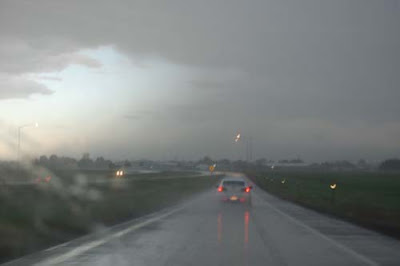 We hurried out of town. 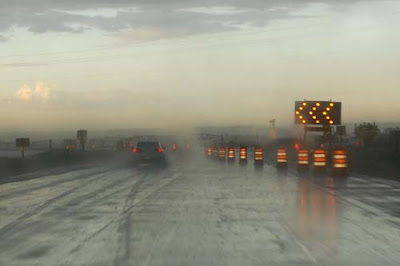 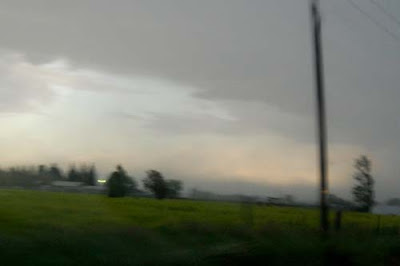 Out into the farm land. 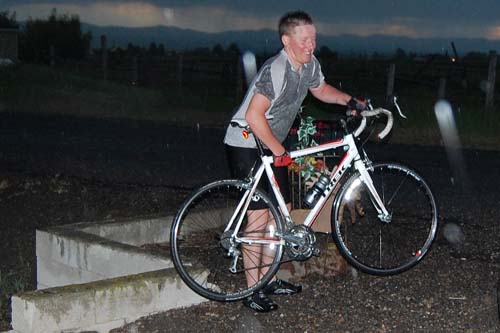 To rescue Youngest Son.  He was out putting some miles on his bike when the sky opened up. 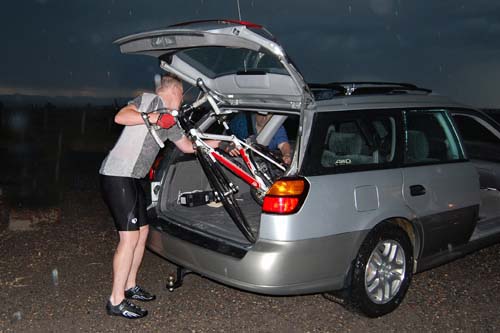 He gladly packed his bicycle in the car.
"It was hailing here.  Hail hurts!"
Posted by Leenie at 4:42 PM 7 comments

Around 1893 my great grandfather brought his family to homestead property less than an hour’s drive from where we live.  He built a house and began farming the rich volcanic soil.  Not long after they arrived, a United States Post Office was opened and Great Grandfather was the first chartered postmaster.  The place needed a name. 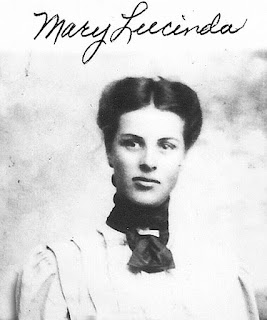 Since many of the women who lived there--my grandmother Mary Lucinda and her mother Mary Ellen included--were named Mary, the town became known as Marysville.
Winters at that altitude are long and harsh. Before Mary Lucinda’s father could build a suitable barn, an especially bad snowstorm blew in across the rolling hills.
My grandmother recalled her father bringing their team of horses and the milk cow into the house for shelter.   He used the big headboard from their bed to contain the animals to a corner of their home.  Grandmother told about trying to sleep while the big animals shuffled and snorted a few feet away and the blizzard raged outside.
More families moved in and with them came an outbreak of scarlet fever.  In a few months two sisters, Martha and Laura, died of the disease.  Not long after that the family moved across the state to warmer temperatures and a longer growing season. 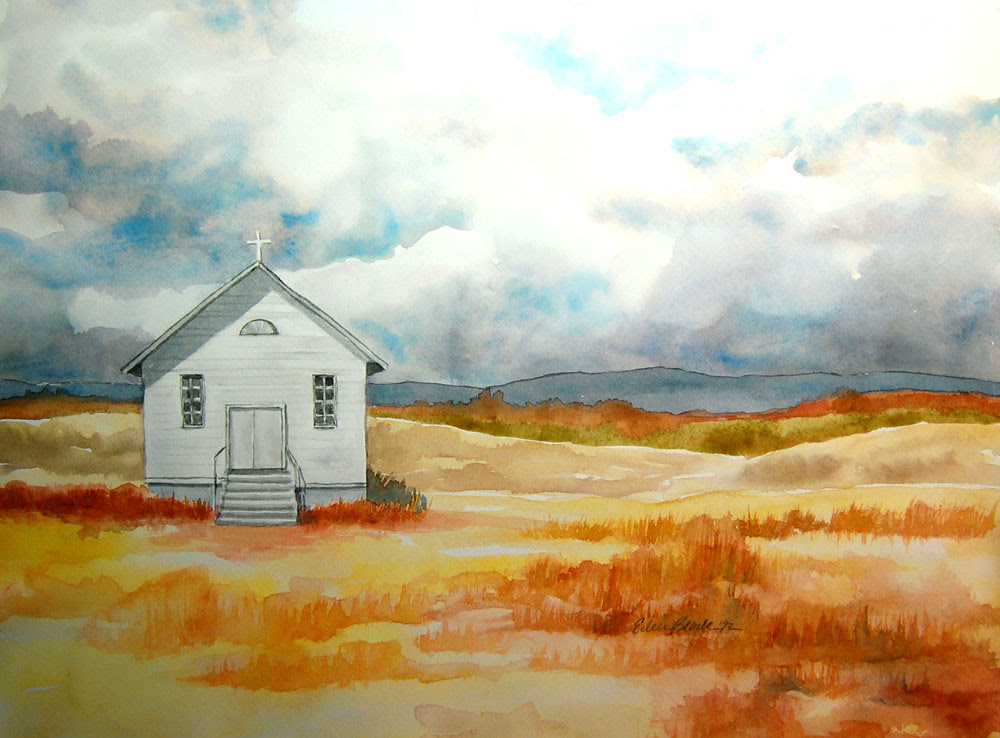 Flag Ranch Road Church--original watercolor by E. Black
Most little churches and schools built around Marysville stand empty.  A larger town grew up around the railroad a few miles to the west. 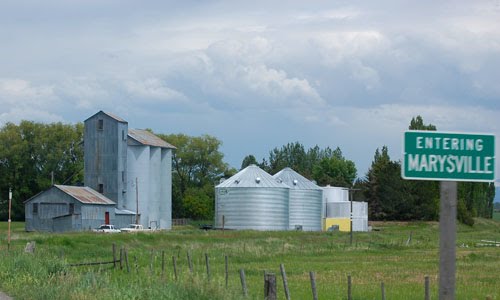 Not much is left to show that my ancestors lived in Marysville except a name on a sign and graves in the cemetery. 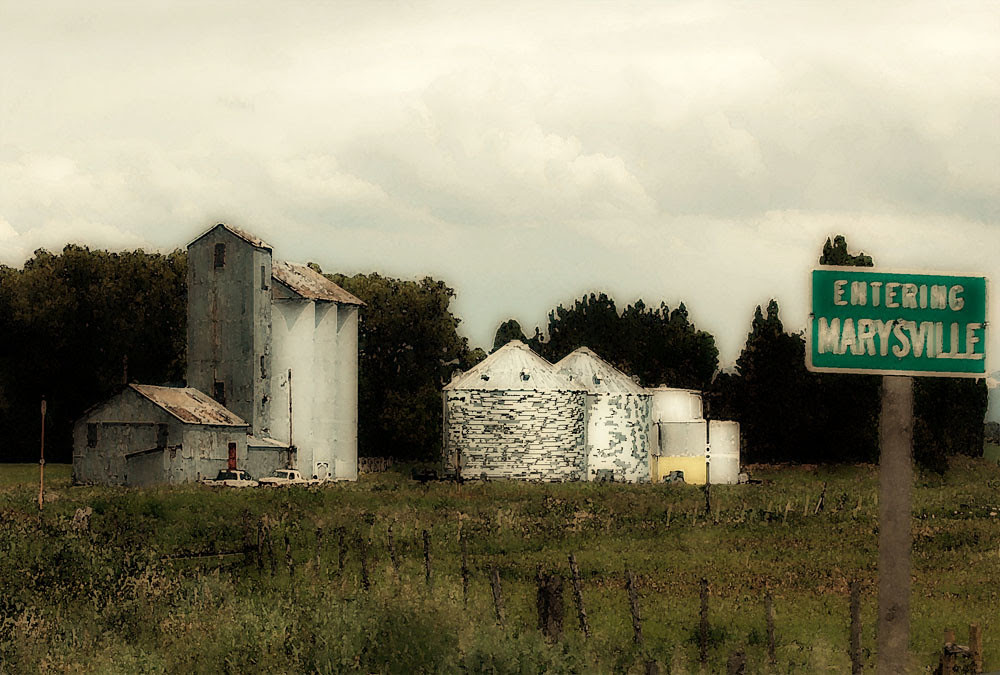 Don't ask what the world needs.  Ask what makes you come alive. 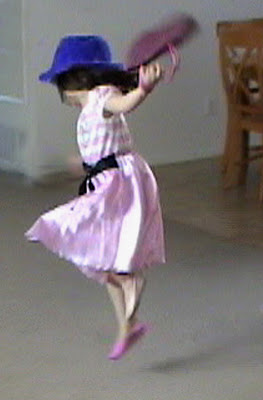 Because what the world needs 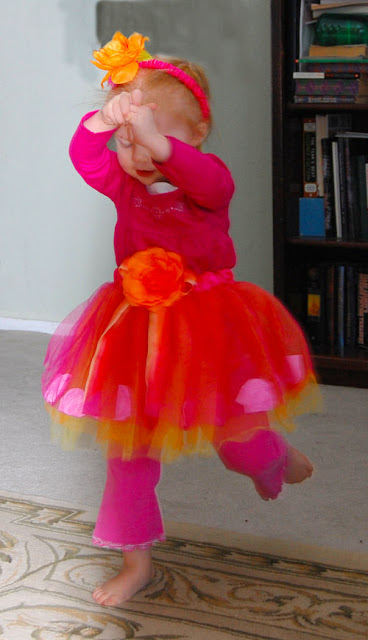 is people who have come alive.
Howard Thurman
Posted by Leenie at 11:56 AM 11 comments