When you’re living in snow country in January and you don’t have a job which forces you to leave the house, and you’re starting to feel the onset of a bad case of cabin fever; you have several choices.
I chose the last one.  It was dark outside, but this time of year it’s almost always dark outside.  Snow had fallen during the night and the temperature was well below freezing. I decided to stay on where buildings would block the cold breeze. 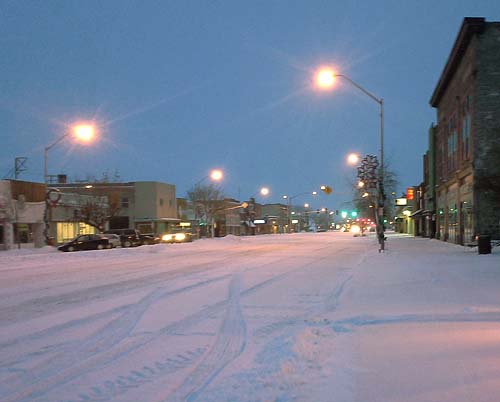 I hoped the sidewalks would have been cleared.
But no such luck. 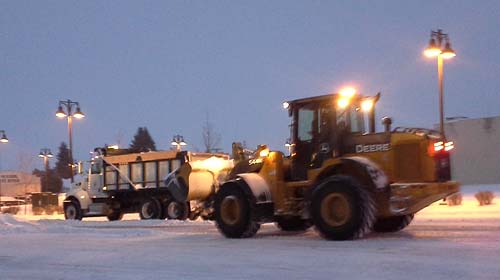 The city street crew was busy loading snow into trucks. 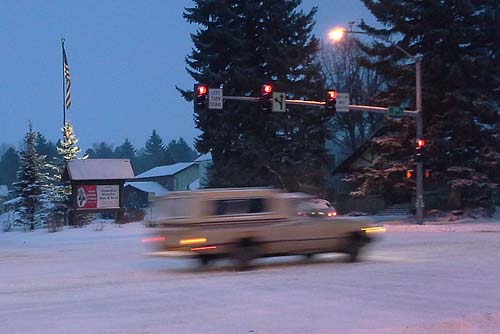 Most people who live here have snow tires and a good battery on their car.
Getting to work in this kind of weather is just part of the job. 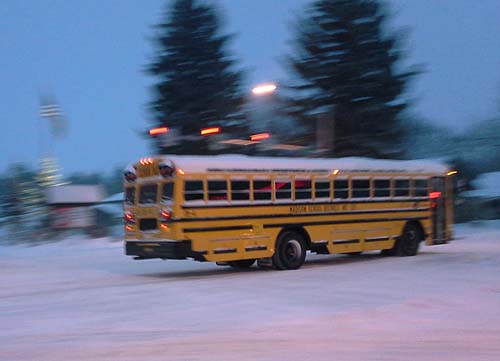 Kids’ hope turns to despair when there is no
announcement from their district of school closure. 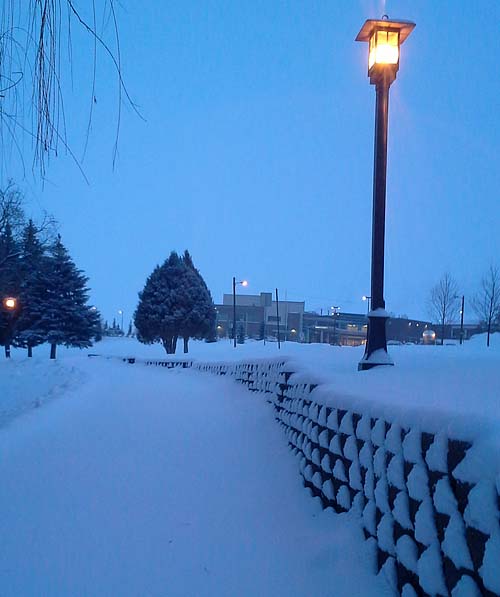 I’m the first one to make tracks down the path in the park.
Good thing I’m wearing my clompy boots with snow cleats. 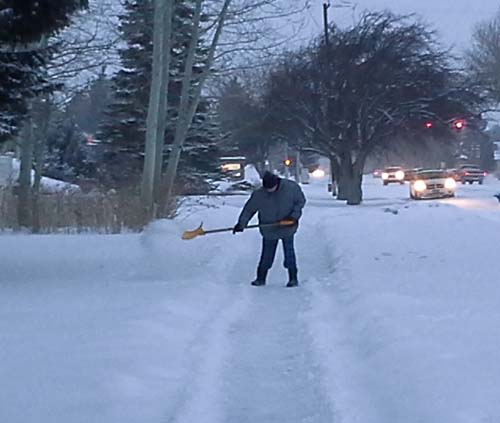 There are already plenty of people out clearing their walks of all that white stuff. 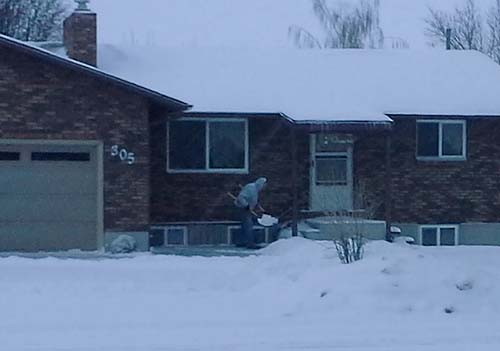 This guy had two shovels and was getting the job done twice as fast. 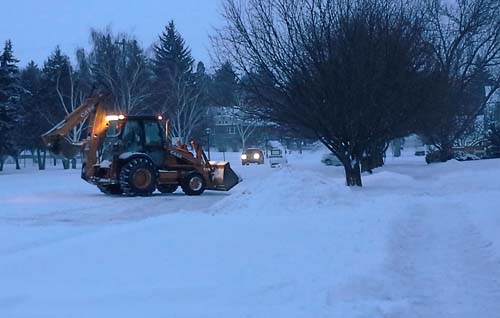 Some home owners hire a neighbor with a backhoe to clear their drive. 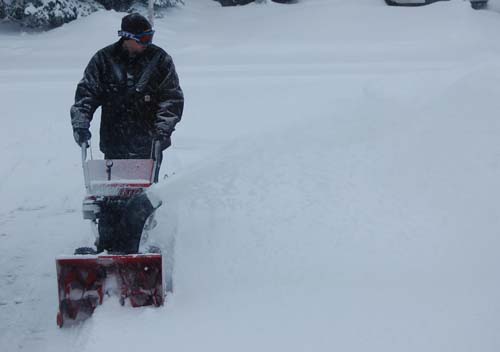 Some, like us, have a snow thrower to do the job. 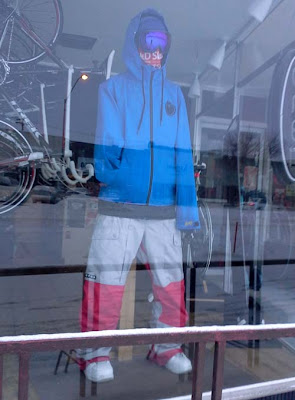 The bicycle shop still has bikes for sale,
but this time of year the snow board equipment
is front and center in their window. 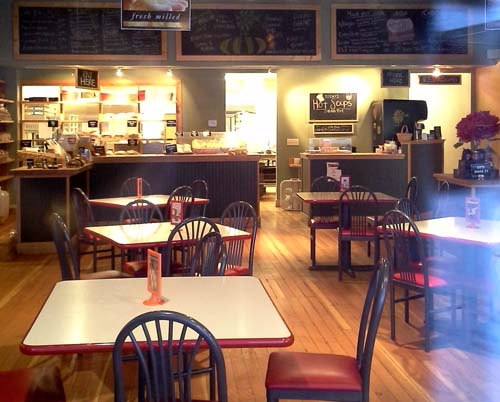 Ah---the bakery.  How cruel to send scents of cinnamon
and fresh bread out into the street before they open their doors.
Must—make it home.  Breakfast is calling!
Posted by Leenie at 11:54 AM 12 comments 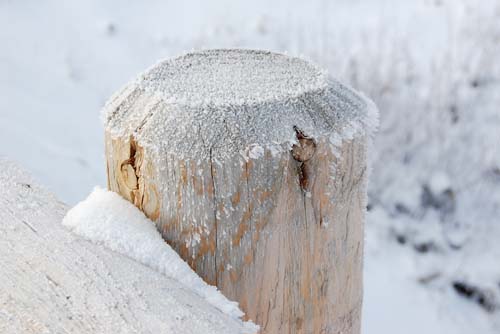 For the first morning in a week... 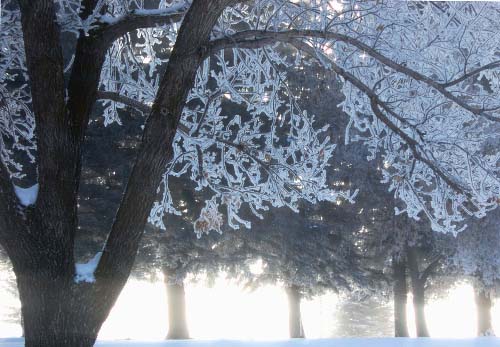 The thermometer doesn't read below zero.
That's minus eighteen and descending in metrics. 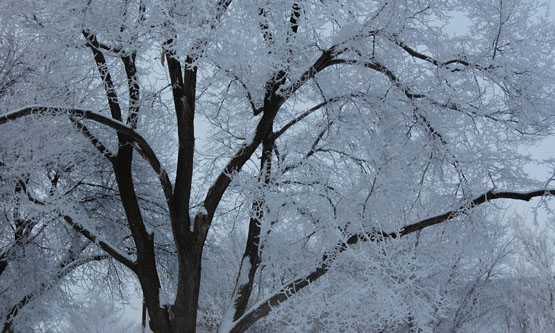 Instead we have lace crystals. 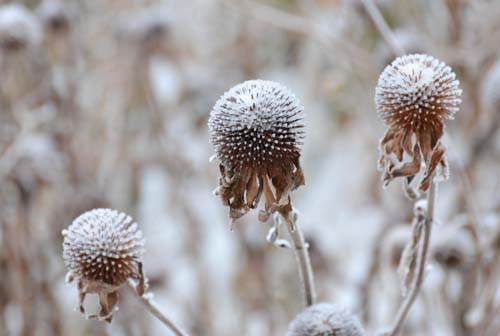 Even the scruffy cone flowers in my garden are spiffed up 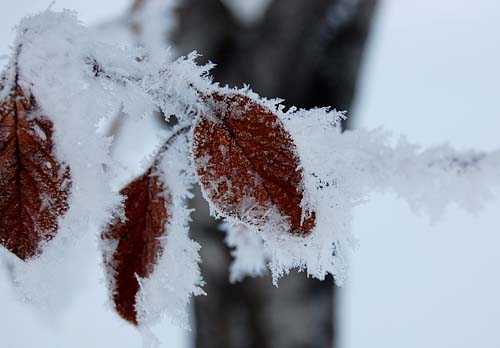