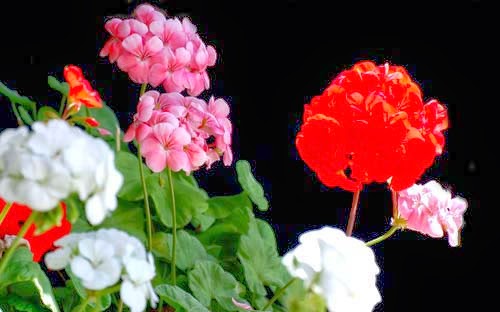 The geraniums in my kitchen
They're waiting for warmer weather so they can return to their home on our porch. 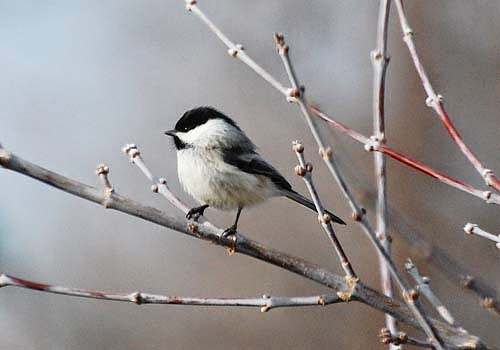 A chickadee in a rare moment of stillness
Posted by Leenie at 9:00 PM 6 comments 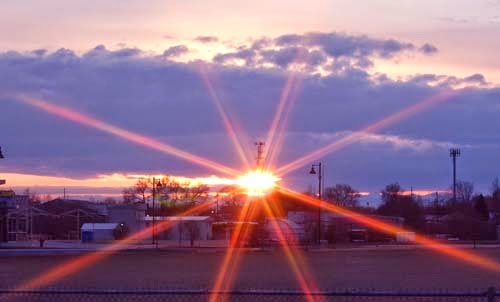 Pink sunrise!
I was hoping to be in a better location but a sunrise happens on its own time.
I had to settle for a shot through a local cell tower. 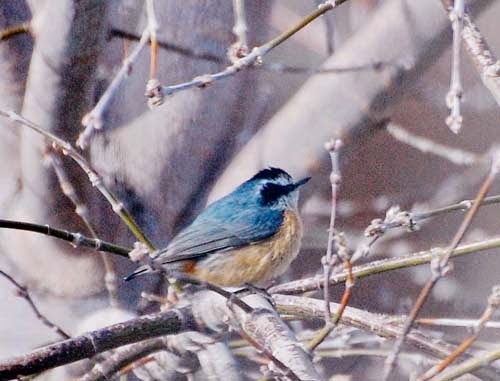 A red breasted nuthatch, (I think). I've never gotten a photo of one until now-- 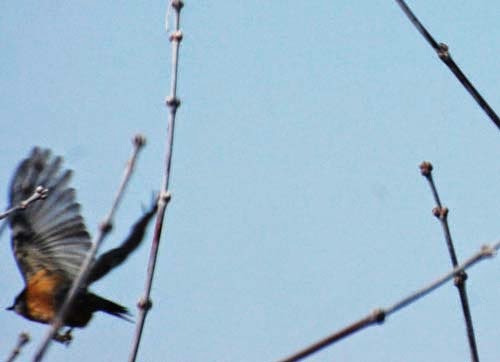 --because they're so quick and so fast. 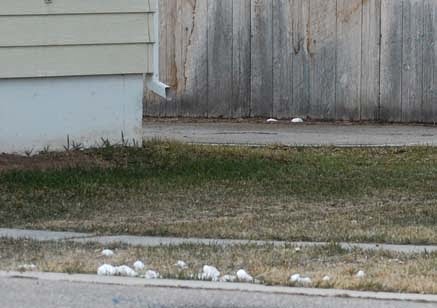 The snowman is GONE.
The scarf, the hat and the snow.
Perhaps they removed the body so completely because they thought their house was under surveillance
Posted by Leenie at 9:00 PM 6 comments 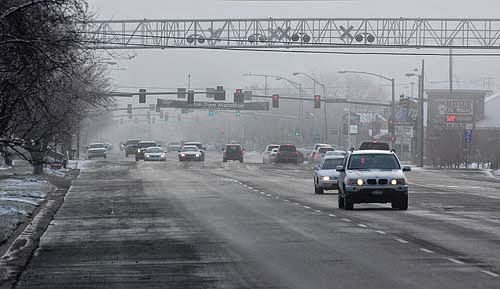 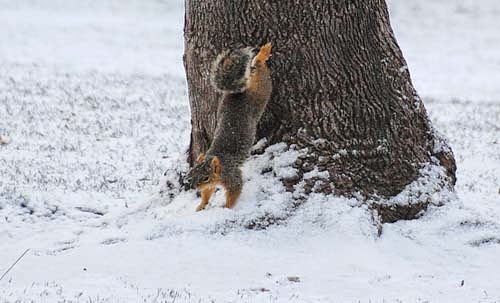 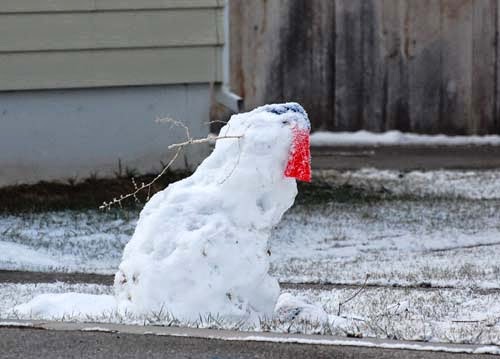 Over the past twenty-four hours the poor snowman lost his head.  It is lying at his feet still wearing his hat but bespattered by assassin snow.
Posted by Leenie at 9:00 PM 6 comments

Once again I find it impossible to narrow the April 2 photos down to one.

Last week I was clearing debris out of my garden on a day so warm I didn't need a jacket. 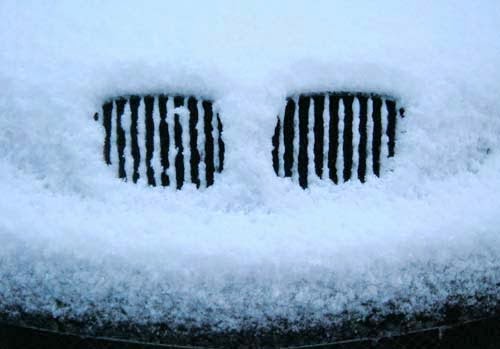 Yesterday Mother Nature thought a sideways snow storm would be a hilarious April Fool's joke.
This Beamer took it in the teeth. 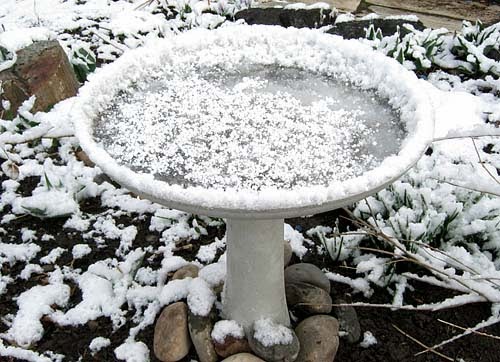 Our bird bath looks like it needs a garnish of a giant lime wedge. 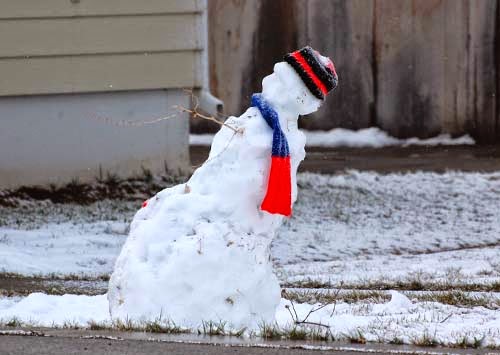 Olaf's friend must have gone on a hunger strike.  He looks a bit thinner but he got a stay of execution.
Posted by Leenie at 9:00 PM 7 comments

Day one, sunrise through branches. 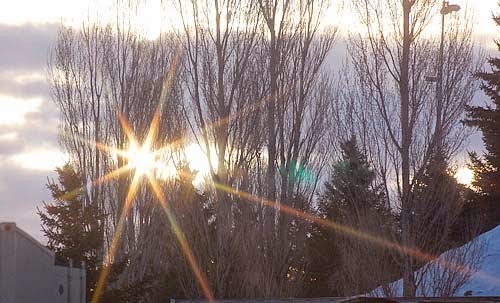 Caught a brief blink of the sun through the clouds and trees.  Was hoping for a pink sunrise for my first day  but Nature had other ideas.  Given an excuse to take photos the challenge may not be one photo every day for thirty days but editing all the pictures down to one. 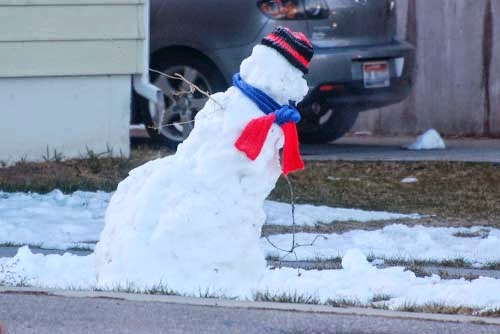 So I'm adding a shot of  one of Olaf's friends who showed up after a heavy wet snow on Sunday.
When the sun gets up a little higher he'll be doing what frozen things do--in summer.

A link to Matt Cutts' three minute video just in case it doesn't pop up on whatever portable device you're using.

Is there something you've always meant to do, wanted to do, but just ... haven't? Matt Cutts suggests: Try it for 30 days. This short, lighthearted talk offers a fun way to think about setting and achieving goals.

After six years and 835 -plus posts I've gotten a little bogged down in my blog. April is a month with thirty days. Starting tomorrow I will try to post a photo I've taken for the the day with a short explanation. My very own thirty day challenge. Wish me luck!