Tuesday I was driving down the Columbia River Gorge which is also the border between southern Washington State and northern Oregon.  I wasn’t in a rush so I decided to explore the Historic Columbia River Highway. It goes in the same direction as Interstate 84 but is a slower and more scenic route. 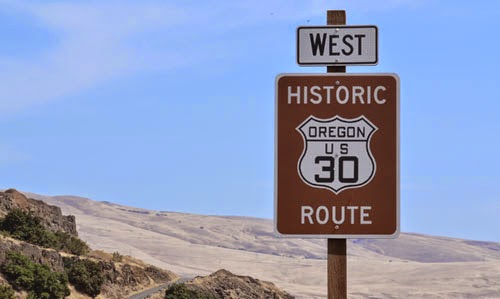 The Columbia River Highway, also known as Highway 30, was finished in the 1920’s.  It was designed to offer scenic views of wide vistas and plenty of waterfalls.  When the four lane Interstate 84 was built in the 1950s, highway travel became swifter, but views of the Columbia River Gorge were sacrificed.

In recent times the old highway, 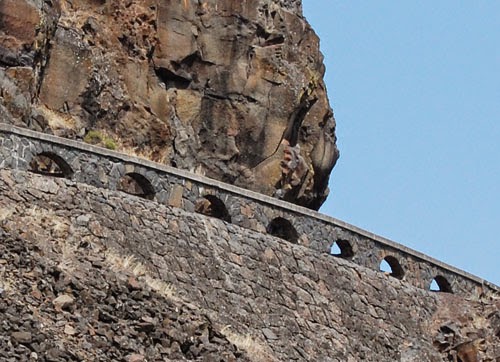 …along with some impressive stone guard rails and bridges have been restored where possible.

The westbound highway began just out of The Dalles.  I stopped at a visitors’ center to learn how to find my way there.  The lady said because of a huge range fire the nearby section of the Historic Highway had been closed and she wasn’t sure it had been re-opened. 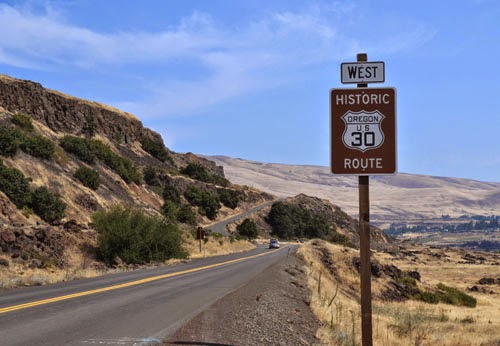 I drove off to find my way back to the Interstate and somehow stumbled onto Highway 30.

A haze of smoke filled the river canyon as I drove on expecting to meet up at any time with road blocks. 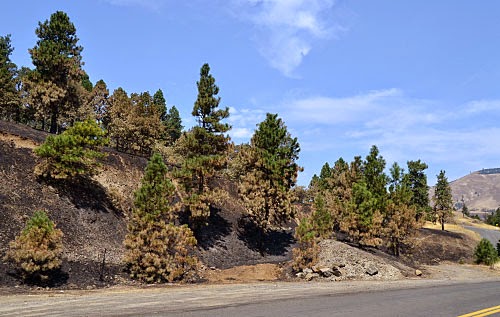 In many places the ground had been blackened right down to the road and the branches of the trees were scorched where the fire had passed by. 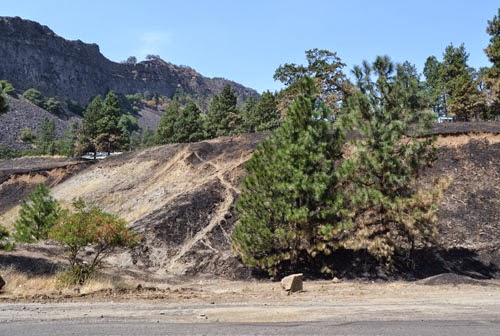 Evidence was everywhere of the battle between the blaze and the firefighters. 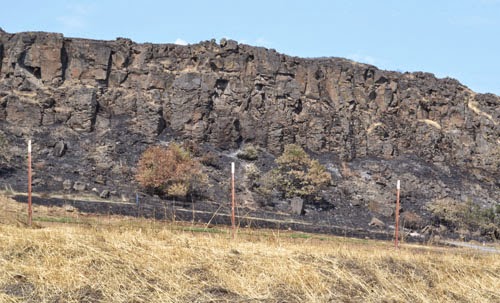 Sometimes a line in the dry grass marked where the flames had been stopped. 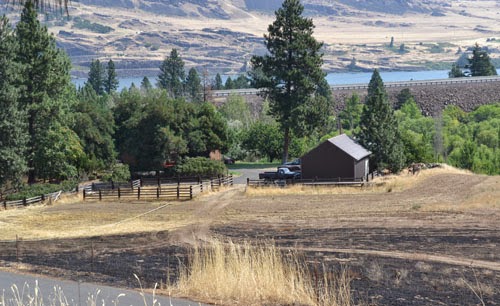 I didn’t see any burned structures but some buildings must have seen the fire up close before it was extinguished. 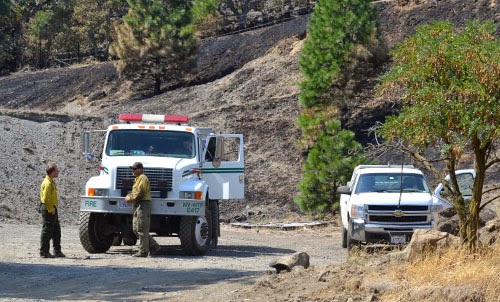 It was around noon when I passed by a fire crew taking a lunch break. 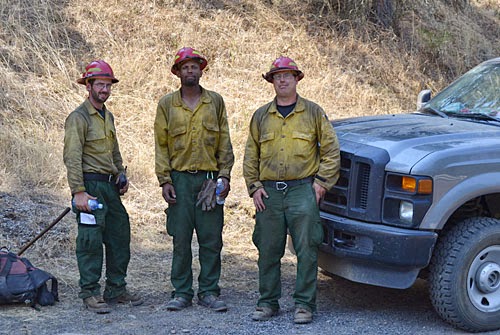 Some of the guys were kind enough to pose for my camera.  They said the fire had been contained except for a few hot spots and they were turning the job over to the county fire department to keep an eye on things and snuff out any remaining sparks. 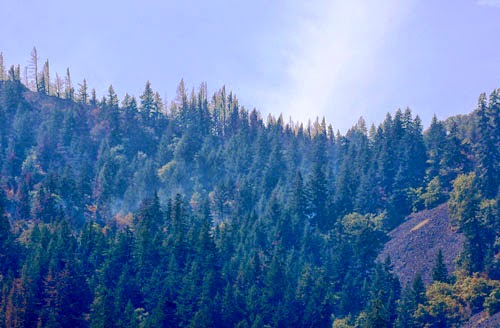 I’m guessing there was a team up the hill working on the source of this smoke.

A few hours later I traveled through a heavy rain storm moving through the canyon which probably helped the fire fighters finish their job; and increased the possibility for more fires with the lightning and wind.

According to the news, close to a million acres in the Washington and Oregon area have already gone up in smoke this summer and many wildfires are still burning.
Posted by Leenie at 2:50 PM 9 comments