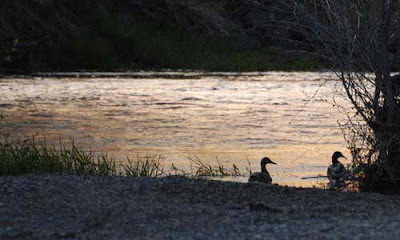 This Weekend
Family and loved ones will say goodbye to a dear friend. As a young man he danced with me to see if it would make my fiancé jealous. It did.
Another dear friend will be mother of the bride for the first time and see her baby walk away with a handsome young man in a tuxedo.
Our daughter’s second son will take his first breath.
LIFE goes on. 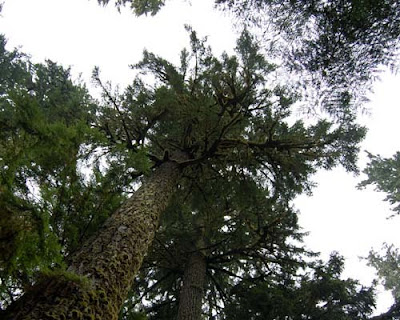 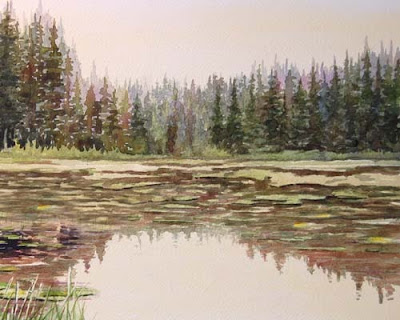 detail from: Afternoon of a Moose--transparent watercolor on Arches 140cp by me
It is not so much for its beauty that the forest makes a claim upon men's hearts, as for that subtle something, that quality of air that emanation from old trees, that so wonderfully changes and renews a weary spirit.
Robert Louis Stevenson
Posted by Leenie at 6:49 AM 5 comments

The body I have been given to live in amazes me continually in its ability to heal itself. But I’ve also learned that toothaches don’t get better and can sometimes lead to serious thoughts of suicide. So when I felt a familiar pain in my upper jaw I made a dental appointment. By the time I sat down in the dentist’s chair the next day the twinge had changed to a throb.

The offending tooth had already been through a root canal and an expensive porcelain crown. My tooth doctor looked at the x-rays and diagnosed, “Re-abscessed.” He gave me a smile and left while his friendly dental assistant shot me up with Novocain and set up for the procedure.

Skip to the part where I have a latex cover over everything in my mouth except THE tooth. Lots of buzzing and spraying going on. Doctor sees my eyebrows have just about met my hairline and asks me how I’m doing. Right. I have dental tools hanging out of both sides of my face and three hands inside my mouth. I give him a so-so sign with my hand. I can see him smile behind his mask. He is re-doing the root canal to remove the infection. I tell myself to breathe, breathe.

Slowly his cheery remarks to the assistant change to mumbles. He is cranking away at my jaw. “Get me a post wrench,” he says. More cranking for a very long time. More awful stuff. He finally finishes up and hurries off to another patient.

I managed to drive myself to the pharmacy for antibiotics and ibuprofen and then home. The ibuprofen didn’t cut it. DH gave me low-dose codeine he had left over from surgery. It helped a lot. I asked him to get more. The dentist called in a stronger version and DH brought it home.

Pain can make a person incredibly stupid. The new pills were the same drug that had made me spew most of the contents of my stomach on my husband in an emergency room. Then, when they gave me a shot of the same stuff, I emptied the rest of my stomach in a little plastic pan poor hubby had found. Still, I bit off the end of this tablet and swallowed it with the hope that it would make all the misery go away. It didn’t. Immediate barfing. (Note to self: When feeling ill never eat anything that will hurt coming out of your nose.)

Long story short. The body has taken over where the brain failed. The work on the tooth is healing and I’m back to eating solids. The good news is…I’ve lost five pounds. The bad news is…I’ll probably gain it all back when I can keep down chocolate.
Posted by Leenie at 5:13 PM 10 comments