Some pictures I’ve stolen from the internet that made me smile. 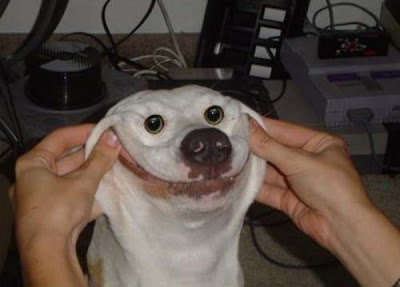 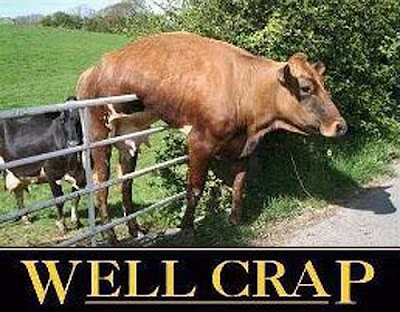 After looking at this one again I hope the cow was
helped over her jumping indiscretion without damage.
In fact I was wondering at two a.m. how to moooove her safely.
Didn't come up with a good answer. 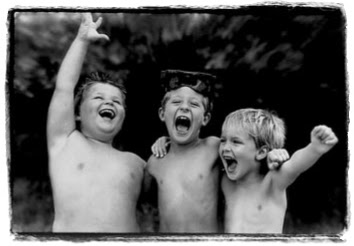 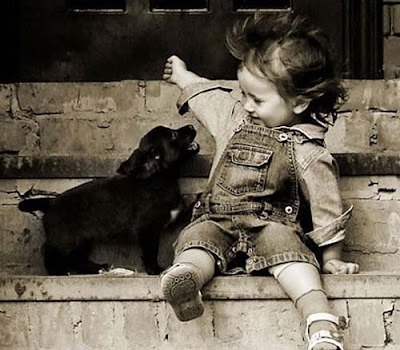 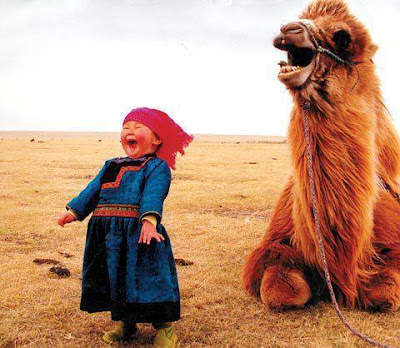 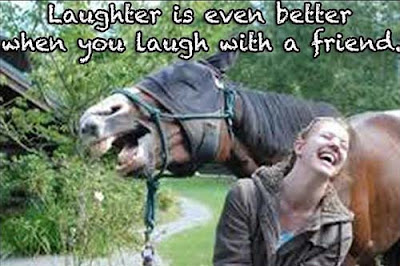 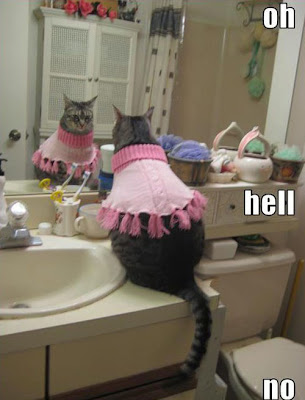 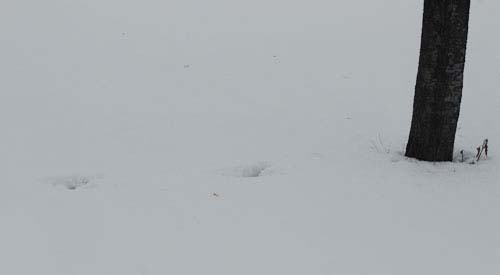 …leaving a dotted line in the snow which ended at our plum tree. 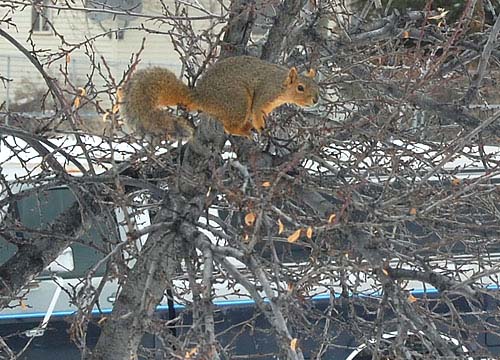 In an instant he was up the tree and doing a reconnaissance scan of the area. 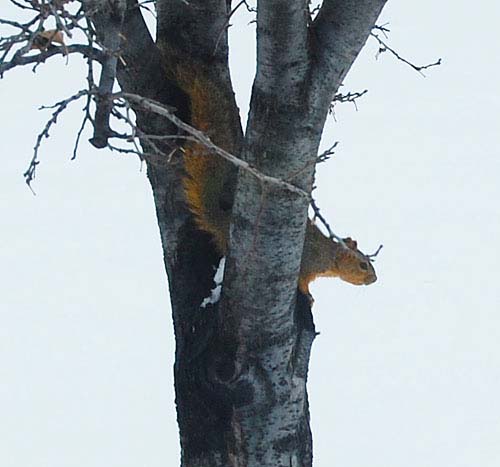 One more look around… 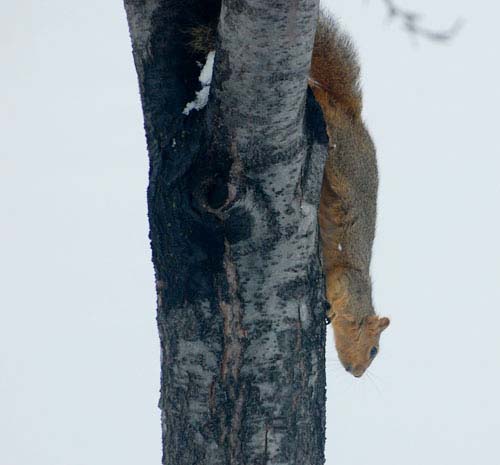 …then he scrambled down the trunk. 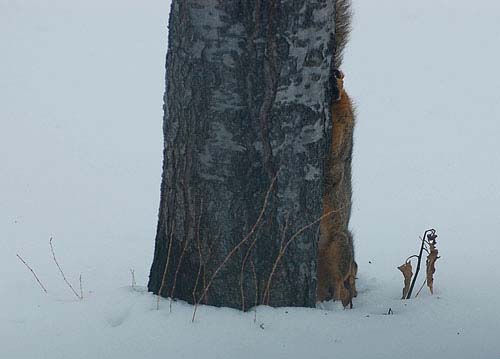 While clinging to the tree with his back toenails, he shoved his head into the snow. 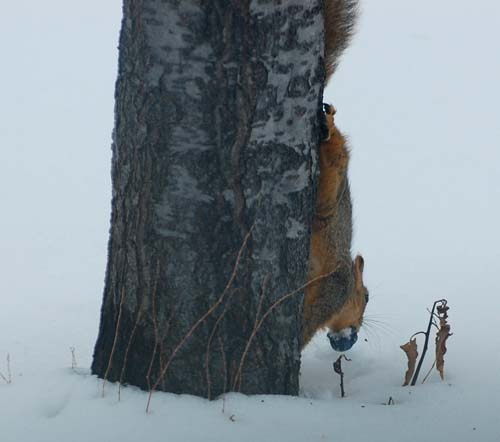 He knew there were plums scattered under the tree.
We’d picked buckets of them last summer.
The ones left behind had later fallen to the lawn. 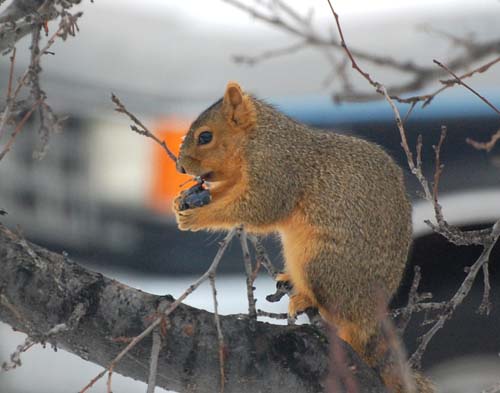 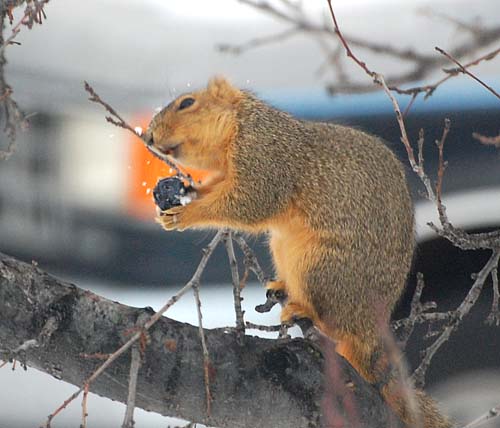 So juicy he had to use a branch to wipe his face. 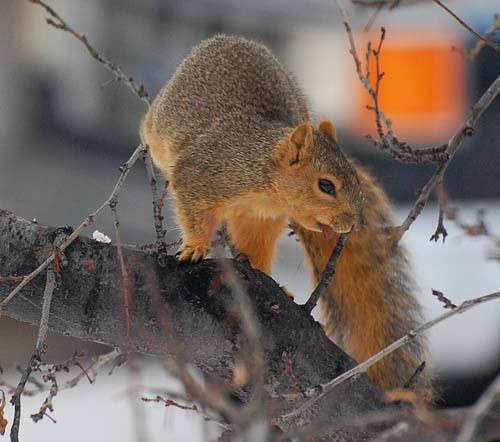 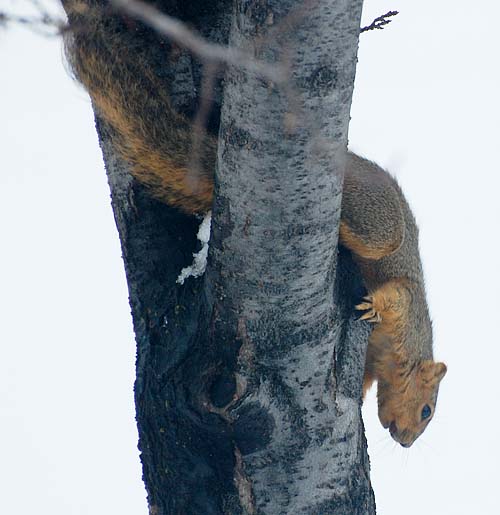 …and went back for more. 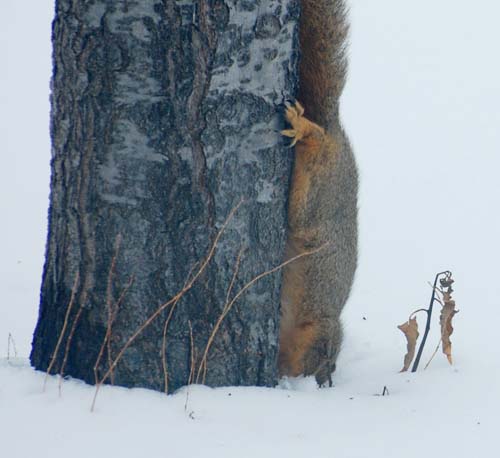 It only took him a few seconds of fishing around to find another. 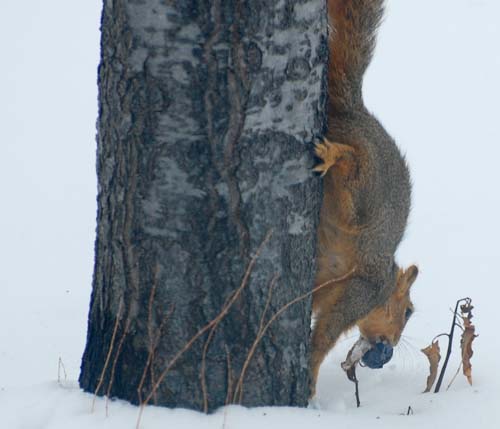 He stuck in his head and pulled out a plum. 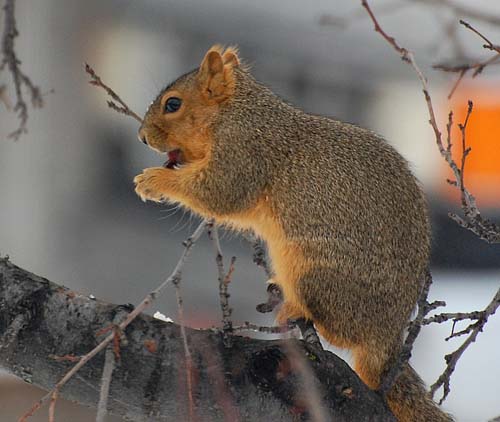 What a good boy am I! After finishing his dessert he shot across the yard, scrambled up the fence… 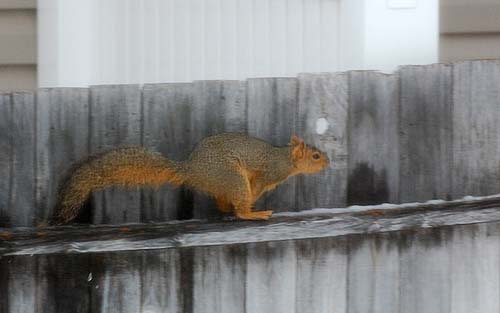 I painted three and sold three.  I'll never rebuild my inventory at this rate.
I'm either going to have to paint faster or raise the prices on my Etsy Site.

See more of my work by clicking on the red logo, upper left of this page. 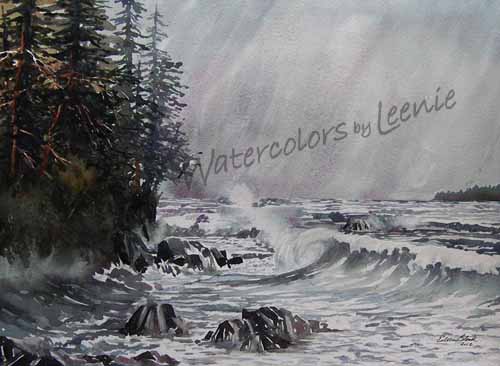 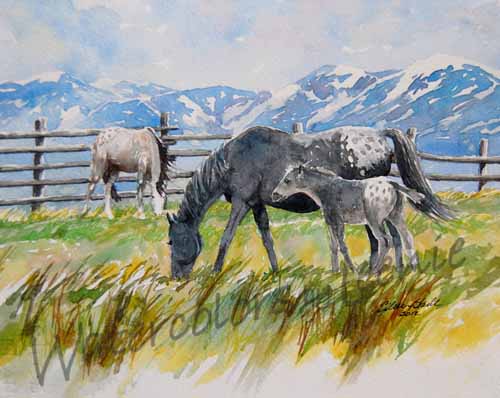 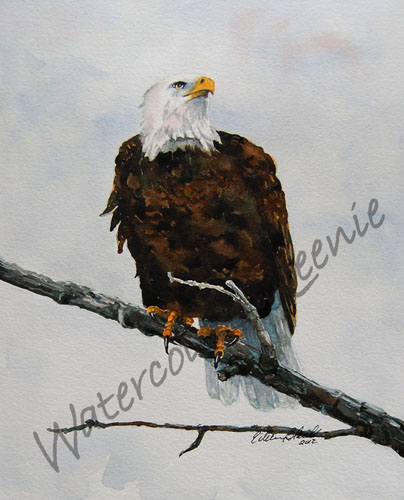 "Eagle Staredown"--original watercolor by Leenie 8x10 inches
Posted by Leenie at 11:41 AM 17 comments