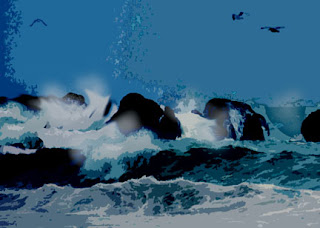 I thought that I heard voices, maybe music, maybe screams
Sea-girls wreathed in sea-weed rode the surf and called my name.
I know it really happened. Or maybe it was dreams.
Still, I heard mermaids singing in the darkness just the same.
Posted by Leenie at 5:14 PM 9 comments

NaPoWriMo PROMPT: First, make a list of ten words. You can generate this list however you’d like – pull a book off the shelf and find ten words you like, name ten things you can see from where you’re sitting, etc. Now, for each word, use Rhymezone to identify two to four similar-sounding or rhyming words. Once you’ve assembled your complete list, work on writing a poem using your new “word bank.” 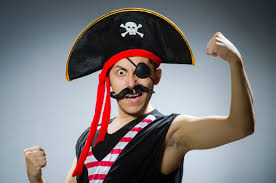 Nigel is a pirate with an orange wooden leg.
He’s not sure how it got that way. It started out as blue.
Maybe when he bet his friends that he could drink a keg.
Or perhaps the time he downed the grog in sandy Timbuktu.
It could have been the week he spent in foggy Montreal,
When he dared the guys to find a use for orange paint.
It might have been the third pub on the evening of the crawl
Where he soaked his leg in mango juice without the least complaint.
He knows it wasn’t Paris where he didn’t tip the waiter,
Or the night in Louisiana when he bought bones from a witch.
But it could have been that time retreating from an alligator
When he hid in sweet potatoes that were lying in a ditch.
There was that day in Brisbane when he met the kangaroo.
He fed it peas and carrots and a side of eggs and ham.
Things were going well until it ate his only shoe.
Nigel may have hit it with a plate of duck and yams.
He’s tried to clean the orange off with lemon juice and toothpaste
Which didn’t work, and neither did the Mr. Clean or soap.
To try and scrub it down with rum would only be a booze waste.
So Nigel just accepted it or probably lost hope.
Posted by Leenie at 2:32 PM 0 comments

NaPoWriMo PROMPT: write a poem about a specific place — a particular house or store or school or office. Try to incorporate concrete details, like street names, distances, the types of trees. Little details like this can really help the reader imagine not only the place, but its mood. 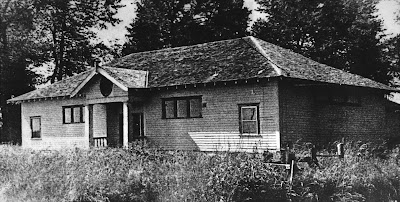 Almost a hundred years later
I found it, still standing.
No longer housing children.
Yet there lingered scents
Of oiled floors and crayons.

No more shouting and singing
In the school yard.
No patient teachers
Guiding young students
Through lessons and texts.

Now restored, open for visits
Maple Leaf School
Where Dad learned his numbers
And his letters,
In Tillamook, Oregon. 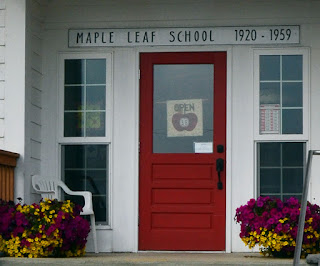 NaPoWriMo Prompt:  I’d like to challenge you to write a self-portrait poem in which you make a specific action a metaphor for your life . 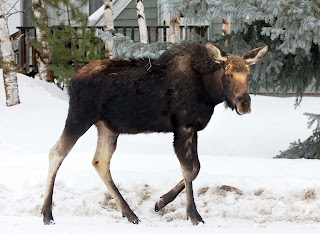 My life is a bad movie.
Not much drama,
Lacking in plot.
A lot of stale jokes,
I do my own stunts.
Then there’s an earthquake.
It snows.
And a moose wanders
Though the yard.
I need to get new writers.

NaPoWriMo PROMPT:  And now, in the spirit of an early-bird prompt, I’d like to invite you to write a poem about your favorite bird. 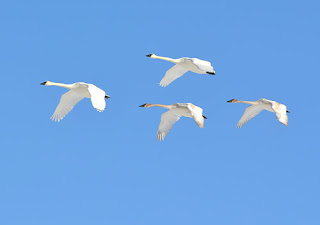 Wedging their way
Across an ice blue sky,
Silvery trumpeters
Announce
Approaching spring
With their clarion call.
Posted by Leenie at 9:03 PM 0 comments