GOOD DAY FOR A HANGIN'

When the last cutting of hay was stacked and the wheat was safely stored in the granaries; the next order of business was securing the property against an onslaught of pheasant hunters. 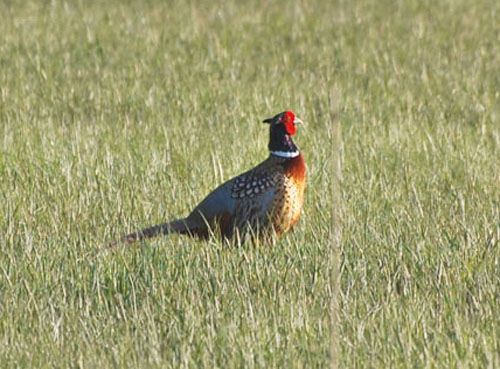 The area where my childhood farm home was located, , was on the map for a good place to find and shoot wild pheasants.  Earnest Hemingway was mostly to blame.

To quote one of his friends, a rancher named Bud Purdy, 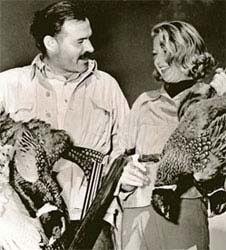 “Hemingway stayed with his girlfriend, writer and journalist Martha Gellhorn, in Suite 206 of the Sun Valley Lodge, which he soon dubbed “Glamour House.” Hemingway worked diligently on “For Whom the Bell Tolls,” and soon became enamored with duck hunting at Silver Creek, near Picabo, and pheasant hunting at points south, near Shoshone, Dietrich and Gooding.”

Pheasant hunters actually did farmers a favor by thinning out the flocks of hungry birds that could do a great deal of damage to a new grain crop.  But there were always a few inconsiderate guys who left gates open, wrecked fences and often shot cattle in their eagerness to blow a bird out of the sky.

Californians (who had more gear than brains) and their big idiot dogs, seemed to be the worst offenders.  They could be seen driving their vehicles with the black and yellow license plates slowly by stubble fields looking for game.  They’d jump from their automobiles and charge through the fences to be the first to bag a bird.

Neighbors and friends who came to the door and asked permission were usually allowed to hunt on our property.  They were given information on the best places to hunt and told where the cows were grazing so they could watch out for them.

My brother and I were given the job of making the “No Hunting” signs.  We used scrap lumber and old paint to label our fields off limits.  This was probably one of my first lessons in the importance of planning ahead when doing a lettering job. I discovered the word “hunting” was too long when painted in all caps on a square board.  The sign ended up reading, YOU NO HUNT.  On another one I ran out of room and stuck on an apostrophe instead of the letter G.  It read, NO HUNTIN’.

We had several big fields a couple of miles from our house.  Hunters seemed to think they could get away with shooting pheasants there even when it was posted. 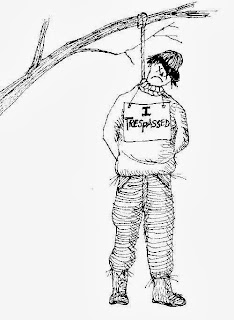 Mom came up with a great way to get their attention.  We made a scarecrow dummy out of old clothes and straw and hung it on a rope from a tree along the road with a big sign around his neck that read, “I TRESSPASSED.”

Our “hangin’ victim” seemed to keep the hunters away.  Plus our neighbors reported back how the guy really gave them a shock until they realized the joke.  The hang-man did his job well during that hunting season.  That is until Danny Larson, a teenage neighbor boy, blew away his whole bottom torso with his shot gun.
Posted by Leenie at 4:19 PM 9 comments

This time of year it’s not difficult to get up before the sun.
There was a fresh layer of snow when I went out for a walk
so I took my camera to see who would be up ahead of me leaving tracks. 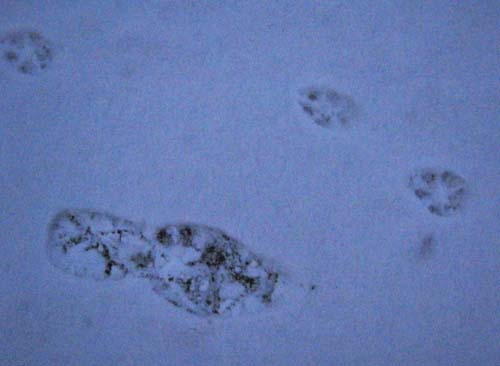 These might be dog tracks, but dogs are usually accompanied by people.
The footprints didn’t follow the path but went in and out of grasses and bushes
near the golf course where I’d seen a coyote earlier in the year. 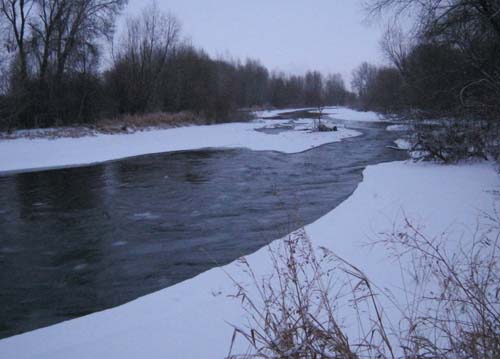 The tracks disappeared into the trees by the river which was black and full of floating ice. 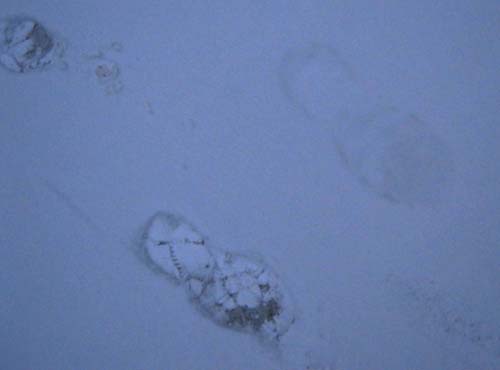 A runner had been down the river road ahead of me.
It was probably our neighbor.  I see him occasionally coming home as I am going out. 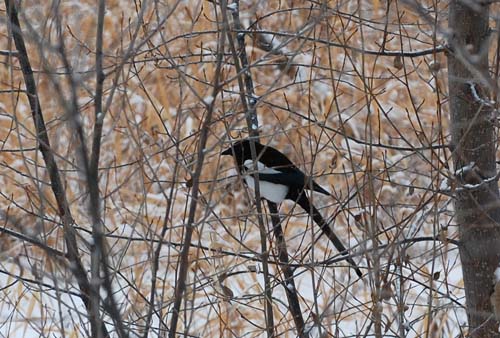 Only the call of magpies and chickadees broke the early morning quiet. 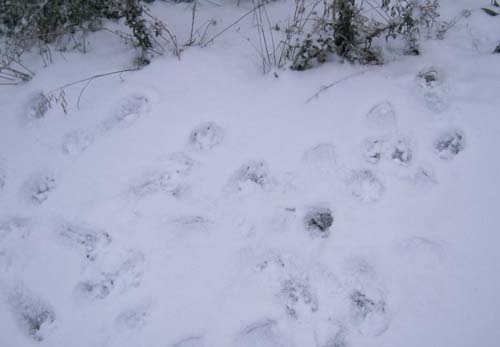 Smaller doggish tracks were left in and around grasses not far from where
I’d seen a mother fox guarding her den in the rocks last spring. 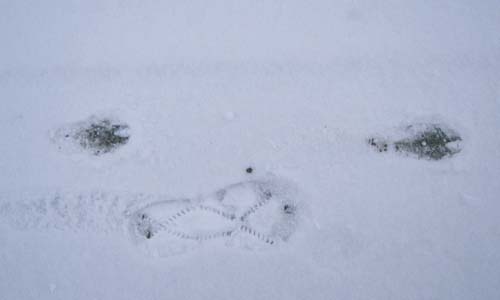 Whatever was making these tracks was probably just ahead of me and left in a hurry. 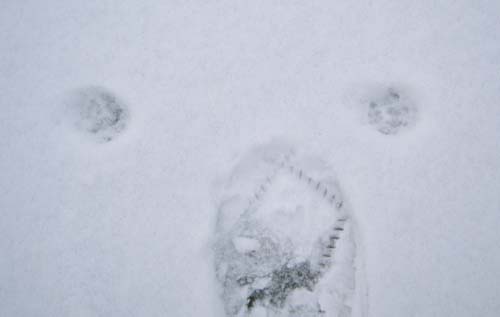 Even before I could see the small cat-like tracks,
each back paw falling precisely into the print of the front paw, I could smell a skunk.
Fortunately the stinker stayed out of sight.

Then I could hear what sounded like cars with loose fan belts
as the air whistled through the wings of a flock of ducks overhead. 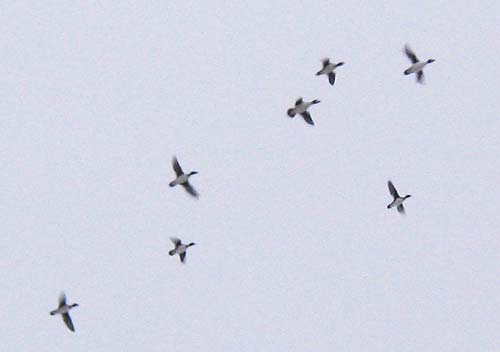 I’m not sure, but with their white chests they looked to me like buffleheads.
My bird book says, “usually in small flocks on lakes or shallow bays in winter.” 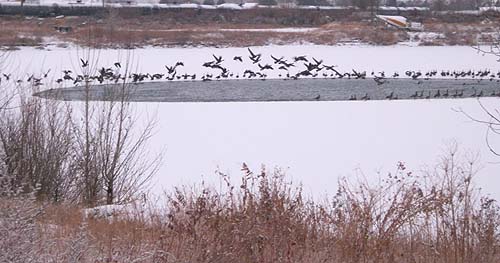 As I was walking by the pond.  The geese were startled by my approach
and also took to the air. 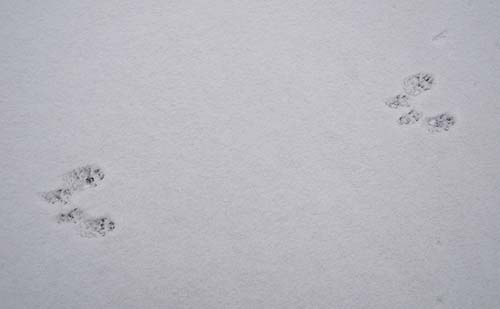 These tracks were easy to identify. 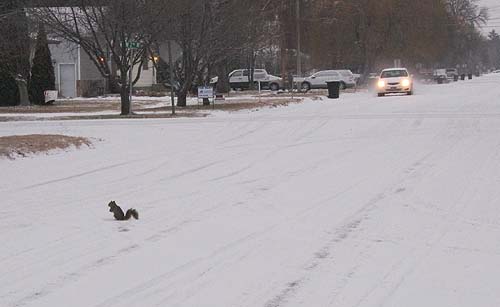 The owner was just a few feet away… 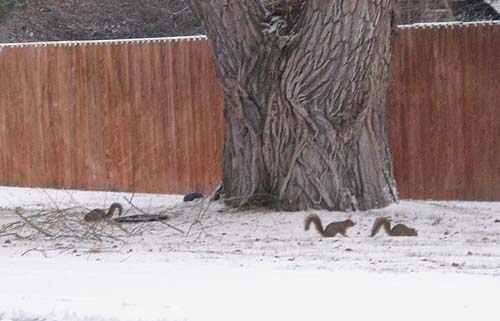 …and on his way to join his friends for breakfast. 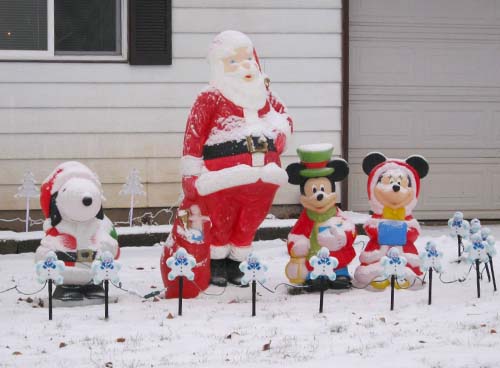 It was no longer dark as I made my way back to the house.
I’m SO glad after today the length of the days will again gradually begin to grow longer.
Posted by Leenie at 3:51 PM 8 comments 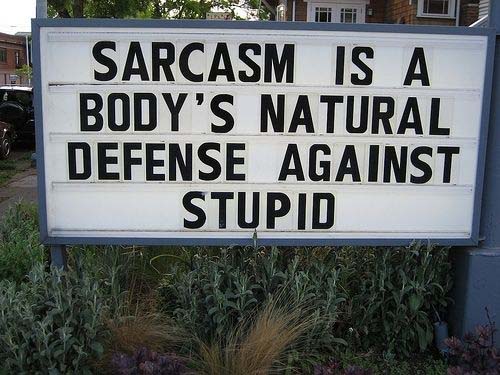 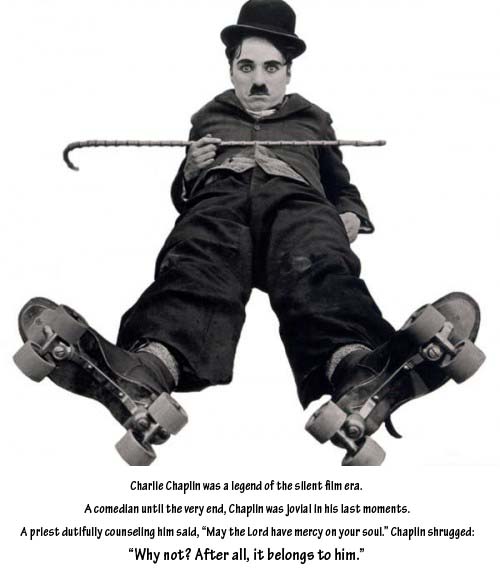 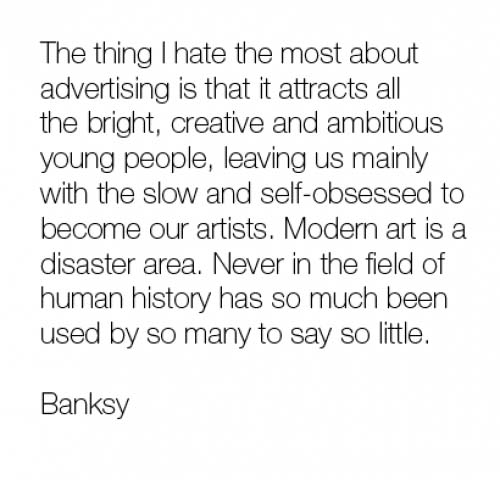 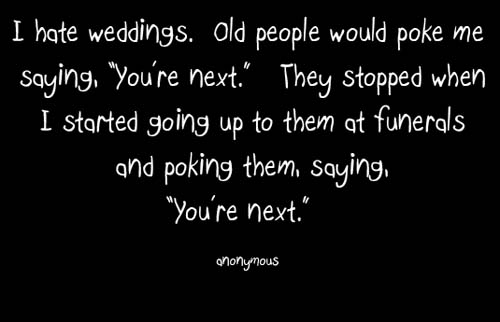 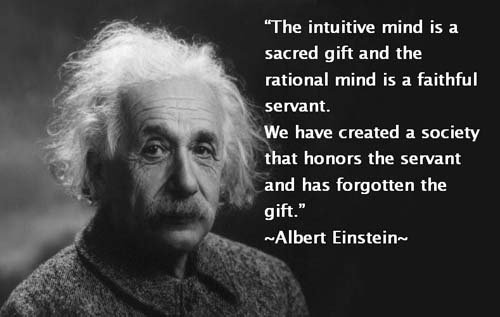 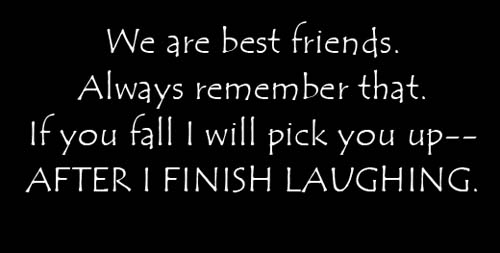 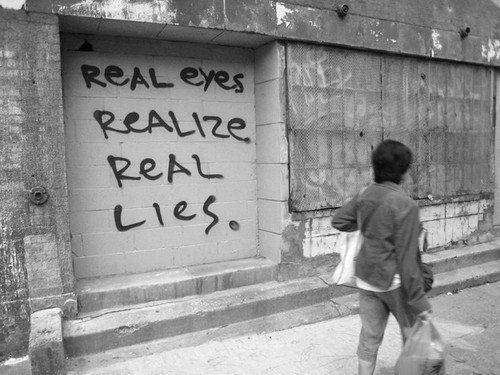