Girls raised on a farm learn real early there is no Super Man, no Mighty Mouse, and no Popeye to save a damsel in distress. If you call for help you'd better mean it. Especially if the guy has to leave a piece of greasy machinery in parts or a cow half de-horned.

That being said; I noticed while cleaning bathrooms that the seats had reached an EW factor of about nine. Yeah, it had been a LONG time since the last replacement. 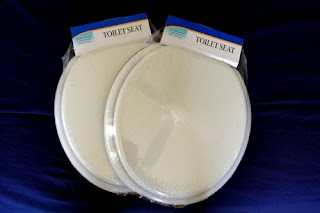 So I’m at Wal-Mart with two shiny new seats under my arm ( I got the inexpensive ones, a whole six bucks each) when I remembered I needed a big bag of peat moss for my garden—and I had no cart. I set the seats down and got a cart. Now my seats were gone, taken ‘way back to the plumbing department by an efficient Wal-Mart associate. Maybe it had something to do with the fact that I’d stuck the new white potty covers in with a display of Doritos. 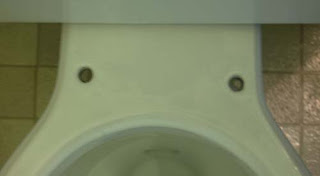 Anyway, replacing one toilet seat took about fifteen minutes. This included cleaning the really gross area where the old one was attached. 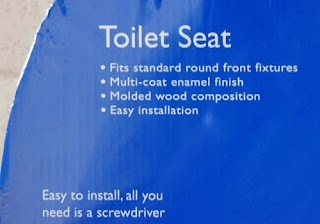 Instructions said, “Easy to install. All you need is a screwdriver.” My fingers weren’t strong enough to loosen the nuts on the plastic bolts so I needed a pair of pliers. And rubber gloves helped with the EW factor. 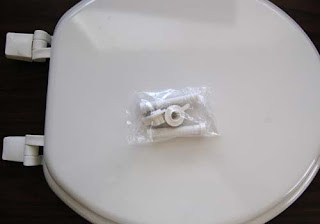 I used the screwdriver blade to flip up the little covers, loosened the bolts; took off the old seat and dumped it in the trash. No recycling as picture frame or bread board. 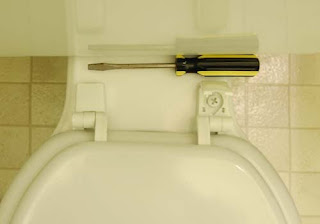 The new seat went on without a problem.
"I can rub and scrub this old house till it’s shinin’ like a dime.
Feed the baby, grease the car and powder my face at the same time.
I can scoop up a great big dipper full of lard from the drippin's can.
Throw it in a skillet, go out and do my shoppin’ be back before it melts in the pan.
‘Cause I’m a woman! W-O-M-A-N."
Posted by Leenie at 4:11 PM 10 comments

This is a photograph of a watercolor I painted and sold over twenty years ago. It is a picture of a landmark grain elevator. 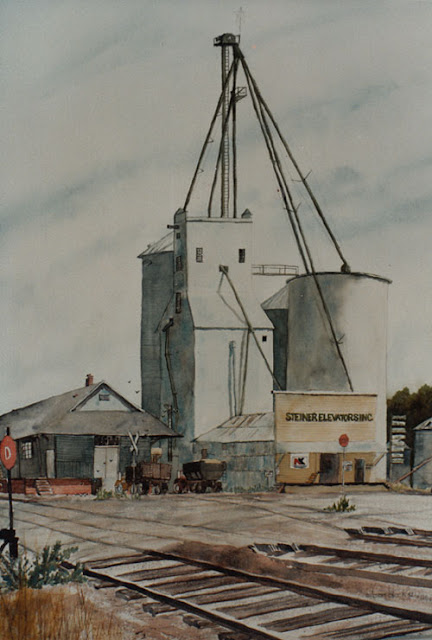 So called because grain is lifted from a loaded truck using an endless chain with many buckets attached and then sent to one of the large storage silos. The process is reversed when the grain is to be sold or planted. On the top is a star covered with lights that are turned on at Christmas time. In the dark the star seems to hover over the town. 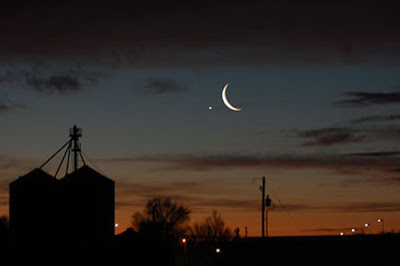 As with most agricultural areas the grain elevator is one of the tallest structures around. 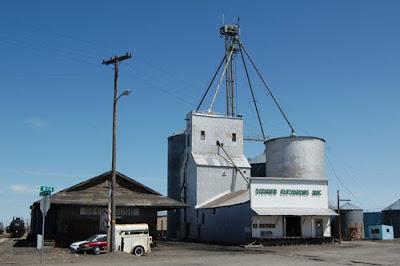 Twenty years later not much has changed. 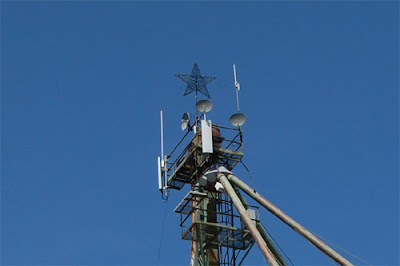 Except now the star is joined by an array of satellite dishes and antennas.
Posted by Leenie at 9:43 PM 8 comments

They've been everywhere.  The Liberty tax people.  Girls and guys in blue dresses.  Some dancing, some waving.  Some holding and/or spinning signs.   Some just hoping their friends don't see them. All of them in this neighborhood dealing with the worst weather--such as a blizzard on Tuesday that dropped six inches of wet snow. 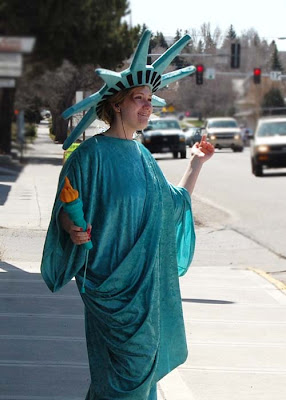 I've had to figure out how to get by them on the sidewalk on my way to work.
But today was different. 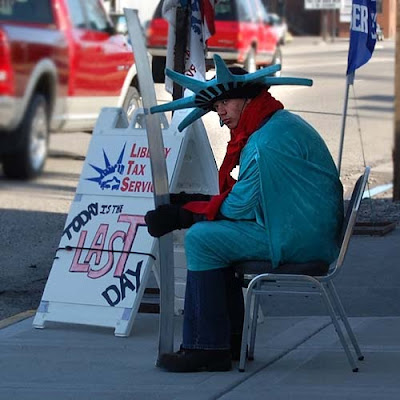 Today is the LAST DAY. 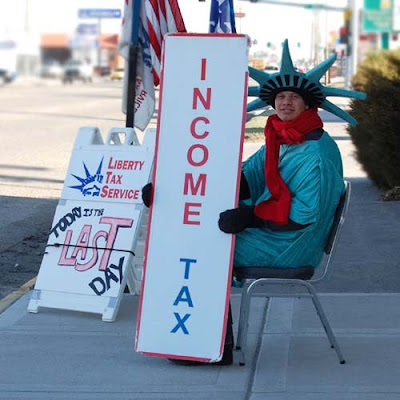 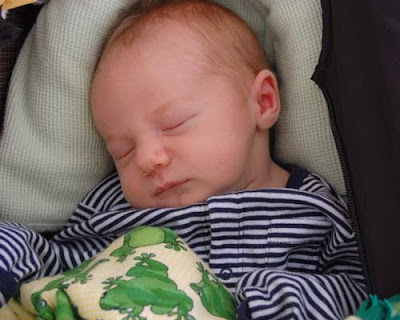 Click here for another video. Only 58 seconds of your time. CUTE BABY ALERT.
Posted by Leenie at 4:00 PM 7 comments 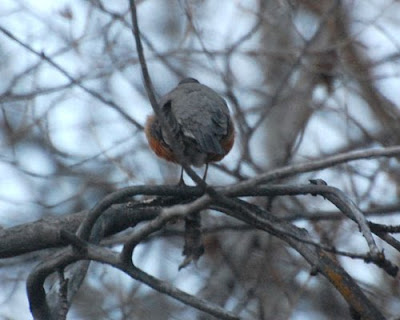 It's days like these that let you savor a bad mood. Bill Watterson-Calvin 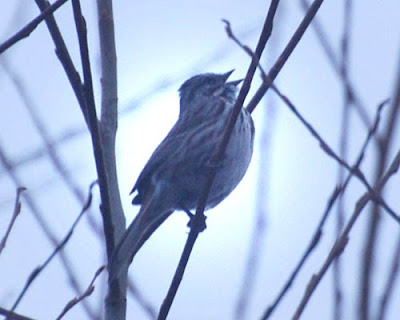 Music is a safe kind of high. Jimi Hendrix
(He should have taken his own advice) 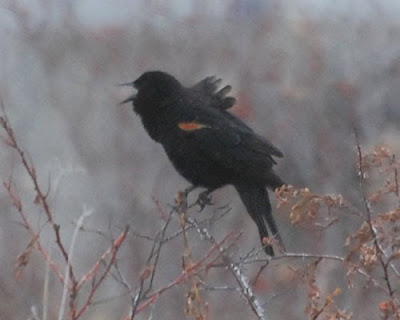 When in doubt sing LOUD. 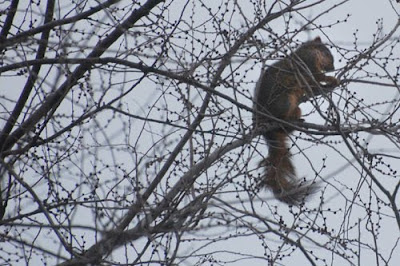 Being squirrely is another way to get high on a gray day.
Just maybe not as safe.
If all else fails, pop bubble wrap.
At least it will annoy your perky neighbors.
Posted by Leenie at 2:56 PM 11 comments