NEVER SAY "NO" TO PIE

I’m not sure why three or four butternut squash plants grew in an empty space in my garden last summer.  We weren’t home a lot of the time.  Maybe some guy traded his cow for seeds and ditched them in the dirt before he went home to avoid defending his irrational act. 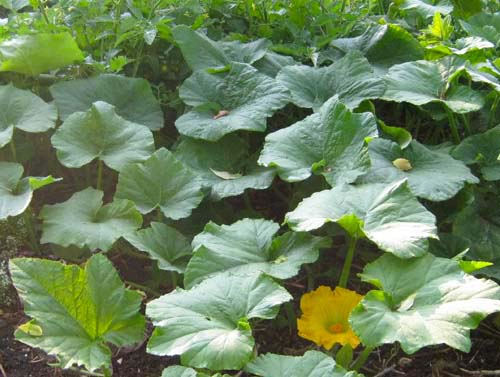 I let them grow since they discouraged weeds, but they never grew tall enough to climb.  Still, I didn't think we’d have a growing season long enough for butternut squash to mature. 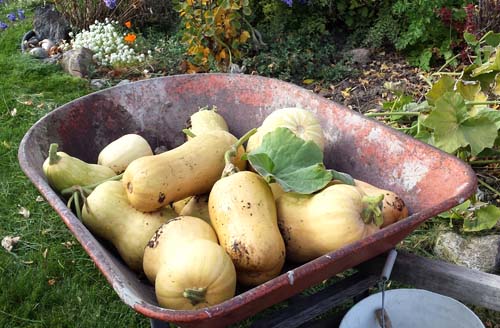 Then I had the challenge of what to do with a dozen squash. 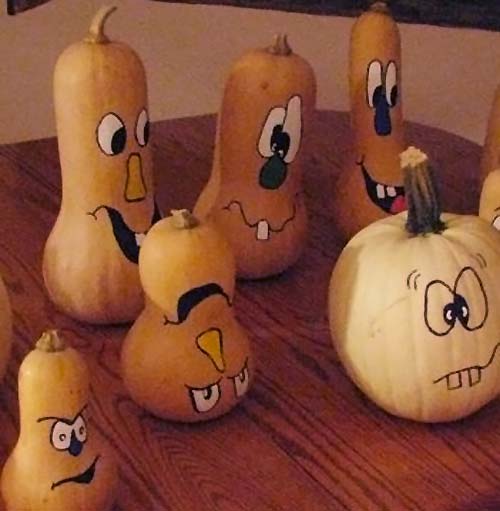 We gave away a few to neighbors.  Our granddaughter painted up a bunch to decorate our place for Halloween. 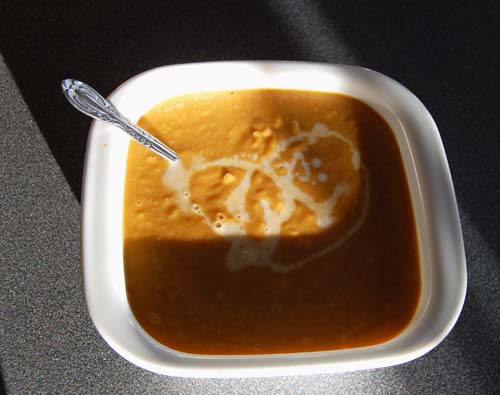 I tried a butternut soup recipe I saw on television.  The general consensus on that dish was, “Meh.” 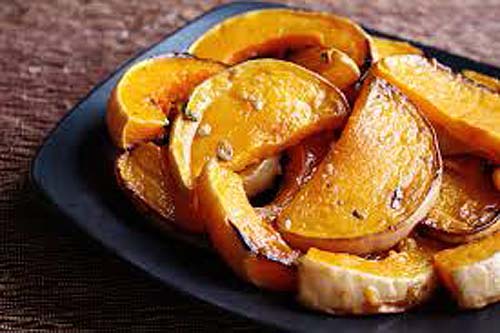 We like baked squash. But even after all that we still had a stack of the guys, now with faces, staring at us when we walked by their spot in the  basement.  And months later they were still as good as the day we picked them. 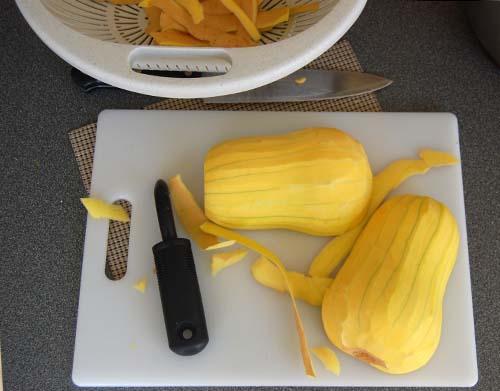 So I peeled and scooped out the seeds of one, cut it in chunks and steamed it in the microwave oven for about 10 minutes. 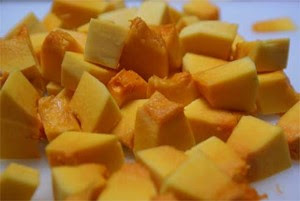 When the squash was cool, I mashed it up… 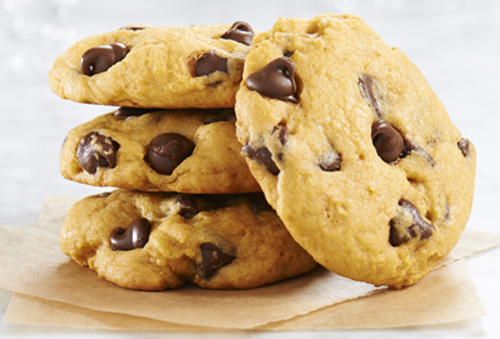 …and used some of it instead of pumpkin to make pumpkin chocolate chip cookies.

I still had about two cups of squash left.  It was pie time.  Using Libby’s Famous Pumpkin Pie recipe:
I tossed the cooked squash chunks into a blender, poured in the evap. milk, and the eggs and some grated fresh ginger and kicked it on. 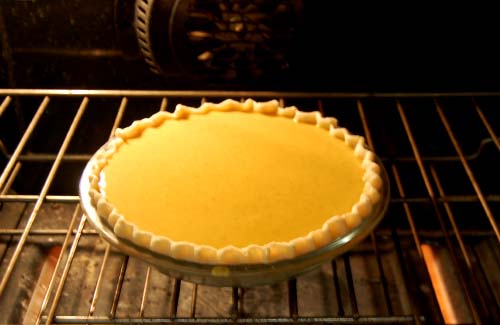 I added in the sugar and spices and poured the whole mix into a waiting unbaked pie shell.  Soon the whole house smelled like Thanksgiving. 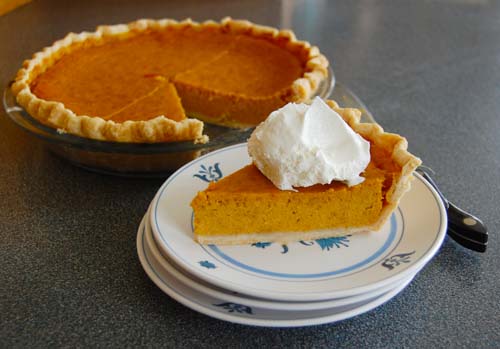 The not pumpkin pie was a hit.  DH said he liked it much better than pumpkin.  So did I.


"Vegetables are a must on a diet.  I suggest carrot cake, zucchini bread and pumpkin (or butternut) pie."—Garfield the Cat
Posted by Leenie at 8:26 PM 7 comments