The sun wasn’t having much success working its way through the overcast skies.
The still have plenty of snow,
but the long wet winter means a lot of water moving into the rivers. 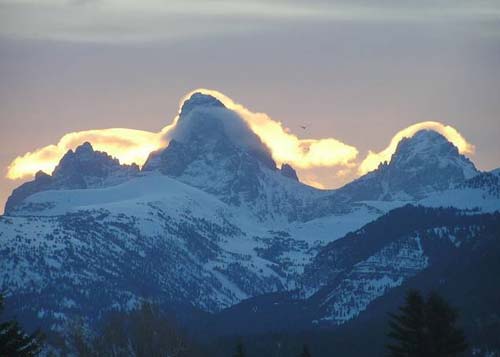 The  is near flood stage and was almost over the road in a few places.
I was walking along, getting ready to take some snapshots with my pocket camera
when this happened. 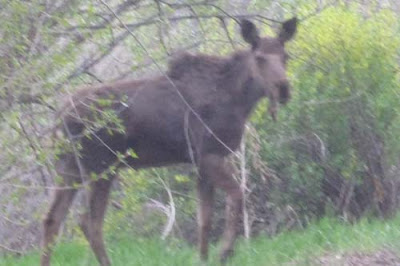 Holy, crap!  A young moose wandered into my view finder.
A young moose is really not much of a threat, but at this time of year
a young creature of any kind often comes with a defensive momma. 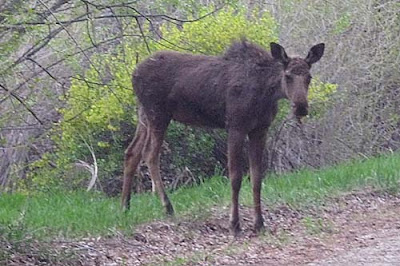 I stood very still and looked around.  If Mrs. Moose came charging
out of the trees I was in deep trouble.  I had the choice of a flooded river
on one side, or boggy woods and scraggy old cottonwood trees on the other.
Or I could run.  I haven’t tried running for a couple of months,
but I had a feeling that a shot of adrenaline might give my feet some help. 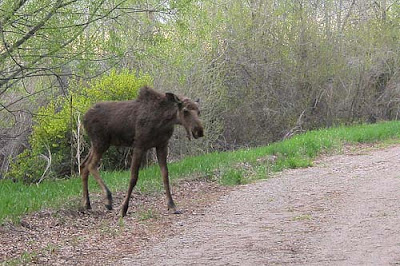 Moose Jr. made quite a show of being tough.  He raised the hair
on his hump, put back his ears and lowered his head as he crossed the road. 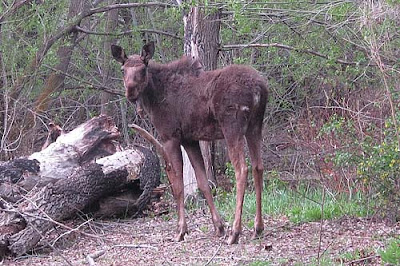 I finally guessed he was alone.  He walked on a little farther
and turned to check me out. 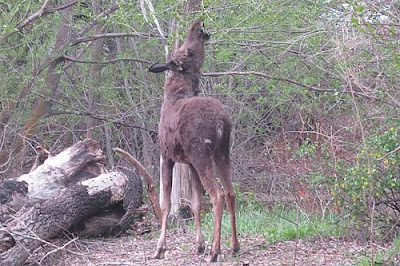 I must not have seemed to be very intimidating because he decided
to forget me and get some breakfast. I carefully continued on my walk. 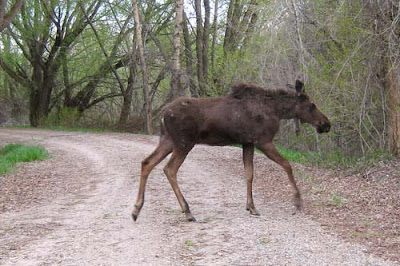 When I had moved on, Moose Jr. went back across the road
and returned down to the river.  I hurried home,
thankful I didn’t have to find out how fast I could run.
(The photograph of the Grand Tetons is from an unknown source.  It arrived in an email.)
Posted by Leenie at 2:14 PM 14 comments 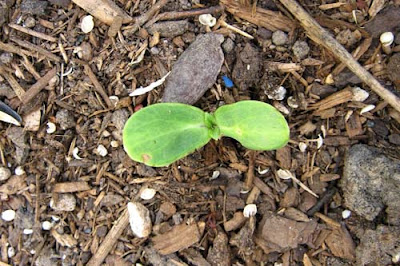 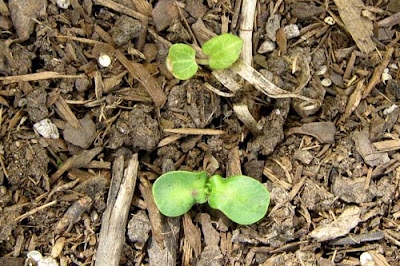 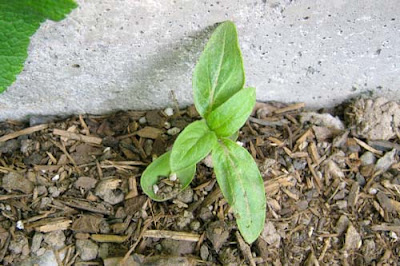 in my perennial flower beds? 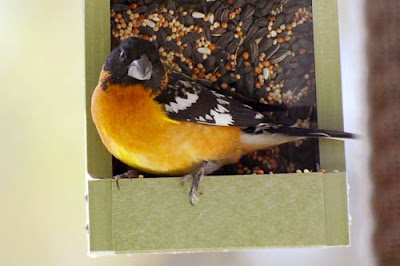 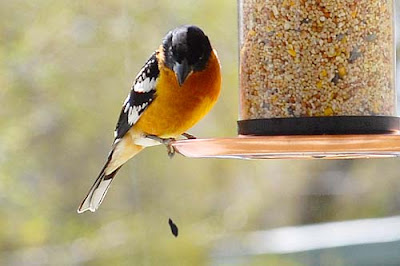 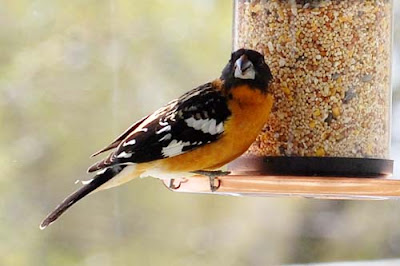 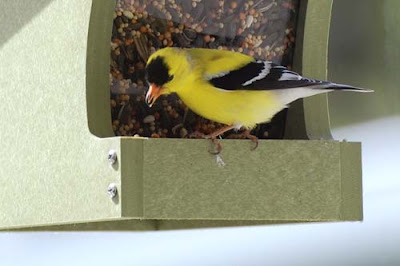 What about the goldfinch? 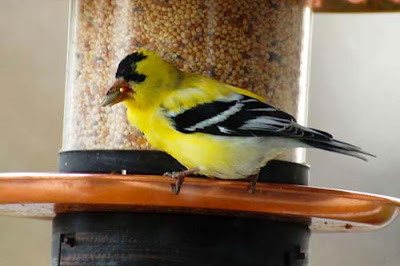 He's just helping himself to some free lunch. 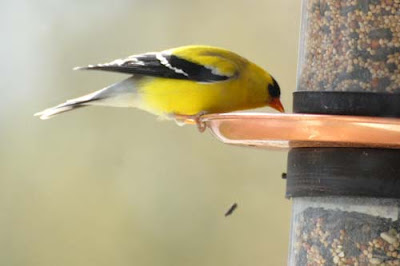 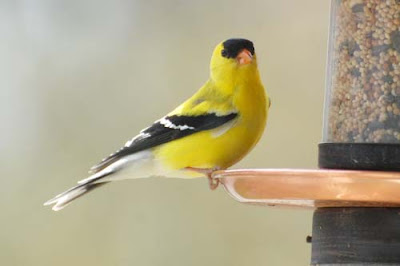 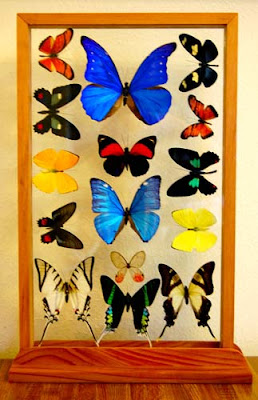 Before we boarded the airplane to return from , our group stopped at another market place.  This one was in .  Neither DH nor I felt like adding anything to our already stuffed suitcases, so we wandered around looking at more of the same tourist souvenirs we’d seen for days.  We split up to see if we could find anything unusual.  Off the main square I found a stall selling dried vampire bats, giant grasshoppers, huge katydids; and cockroaches the size of mice.  But there were also butterflies. They were brightly colored--mostly from the Amazon.  They’d been collected and carefully mounted in double glass shadow boxes.
I truly liked the collections of butterflies, but I didn’t have enough Peruvian cash with me to buy one.  I found DH. He still had some local coins he would have to exchange or spend.  So we settled on a twenty-dollar assortment of fifteen that had two bright blue morphos, one clearwing, three kinds of swallowtails, two sulfurs and a red and black Agrias amydon.   We learned later that not only possesses the greatest diversity of butterflies in the world, but it also has the most species.
The lady in the stall wrapped the shadow box in newspaper, but I told her not to tape it down.  I thought I would take it as a carry-on when we boarded the plane.  That meant security would need to see the contents. 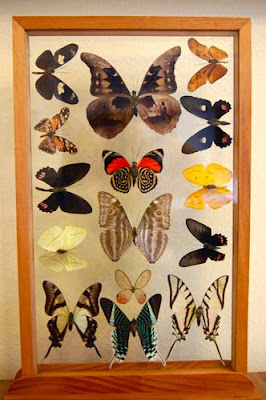 Back at the hotel DH and I discussed how we would get the glass butterfly case home without it being damaged.  We finally settled on putting it deep in his large suitcase wrapped in lots of newspaper, knotted shopping bags; and protected by layers of dirty laundry.
We claimed our baggage in and took it through international arrivals.  DH noticed the little lock on his big suitcase had been cut off.  Did the butterflies make it?  We did not dare look.  Our group went through customs.  No one was searched.
Our flight home was delayed by bad weather.  We finally boarded and waited on the ground while our luggage was loaded.  Through the window I watched the baggage handlers toss our suitcases onto the conveyor belt that went into the plane.  I wondered about the glass butterfly case.
We arrived home late that night.  We dropped our suitcases on the floor and searched through DH’s bag.  The butterflies had made it to without any sign of tampering or damage.  We were worn out.  We went to bed. 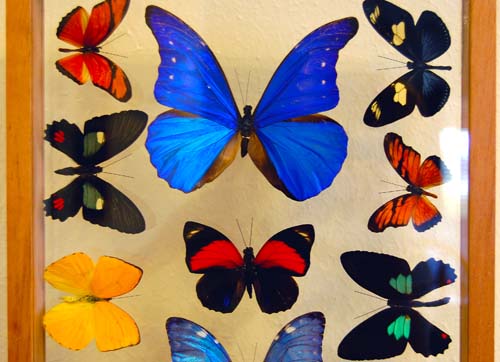 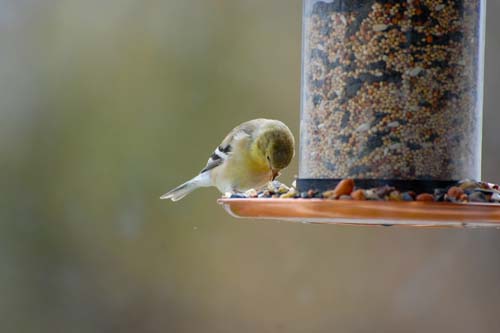 Some are pragmatists,
taking things as they come
and making the best choices available. 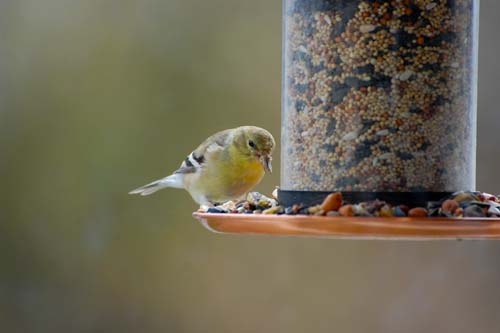 Some are idealists,
standing for principle
and refusing to compromise. 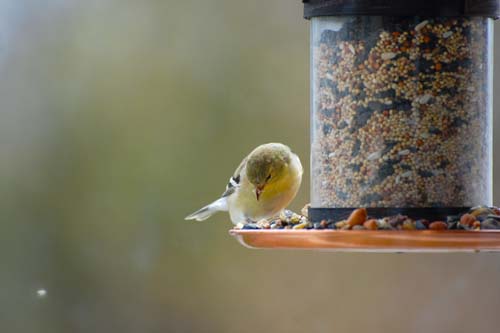 And some just act on any whim
that enters their heads. 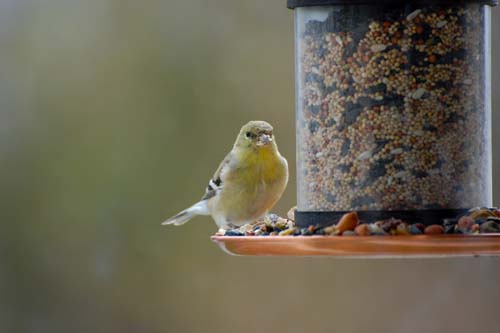 I pragmatically turn my whims
into principles.
~~~~~~
Bill Watterson
Posted by Leenie at 7:01 PM 12 comments