TRAVEL AND A TRIBUTE

Early Saturday we traveled to Utah. We were on our way to attend the funeral of my younger brother whose short life was ended by cancer. 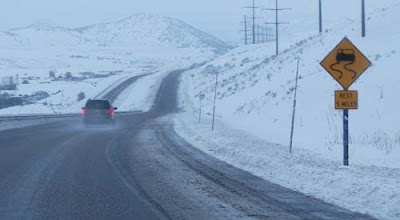 Snow fell most of the way making the drive messy and unpleasant. We followed our son with his wife and kids in their mini van. This part of Interstate 15 is called The Malad Pass. Malad means “bad” in the French language. 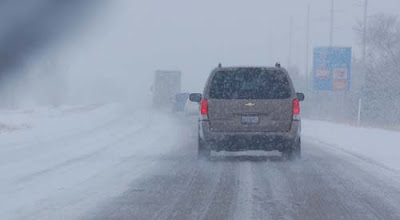 The drive took us 300 miles to my brother’s home. 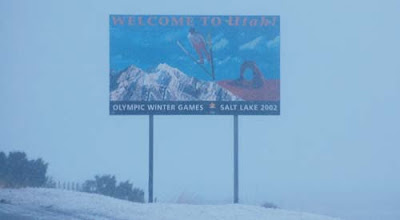 Hundreds and hundreds of friends and family came to celebrate his life with his wife and children. 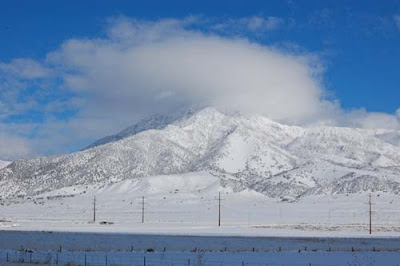 Sunday DH and I returned. By then the weather had cleared. 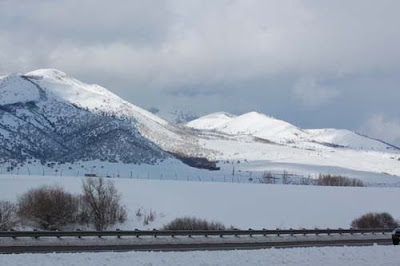 The same highway was now a thing of beauty thanks to a fresh coat of snow.

We were near home when we learned that my brother’s wife and her brother were there ahead of us. After the funeral they received word that their father, a widower, was in the hospital. They had gone to Idaho to be with him. DH and I joined the family at the bedside just minutes after this sweet man left his worn out body to join his wife. 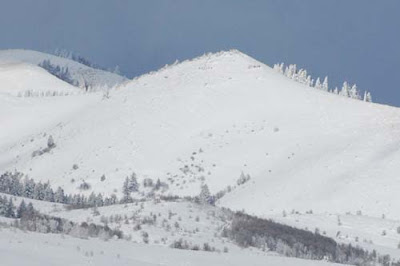 Sail on little brother, father and devoted husband. Sail on dad and grandpa. You showed us how to live and left behind a great legacy.

That's me at the weddings

That's me at the graves

Who once looked so grown-up and brave.

Secret Gardens of the heart

Where dreams live on forever

I see you shining through the night

In the ice and snow of winter.

Words and Music by Judy Collins

Oh Leenie - my thoughts are with you at this sad time. Love, Anne

I can only offer my condolences Leenie and say you are in my thoughts, Jill

Oh, Leenie! My heart is with you. This is just so sad!

Dear Leenie, I am thinking of you & your family. It must be very, very painful to lose a sibling. x Anairam.


The images of such sublime beauty that you have shown here seem to say something of the enormity of all this, and of the grace and love in your heart.


peace be with you.

Our thoughts and condolences go out to you and your family. I know you have hope and faith that will see you through this tough time. Good Luck.

Looks so cold- and lonely- and airy - and bright -and ethereal. A good season for going, but I am sorry for the empty space left behind...sorry for you and family. LOVE!

i'm so sorry for your loss. my heart goes out to you!

So sorry to read this. My thoughts are with you.