Since there was a large group to help celebrate the birthday,
there were two cakes.  The decorating was delegated to
a sister, the wife and some nieces.  They wanted to
make the blowing out of candles a challenge for Birthday Boy.
The decorating committee scavenged through the supplies
and found enough candles… 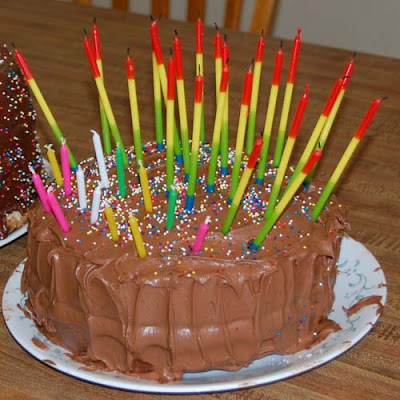 …to represent every year of Birthday Boy’s life for the top of one cake.
To make sure there was plenty of FIRE, they gathered all the number candles… 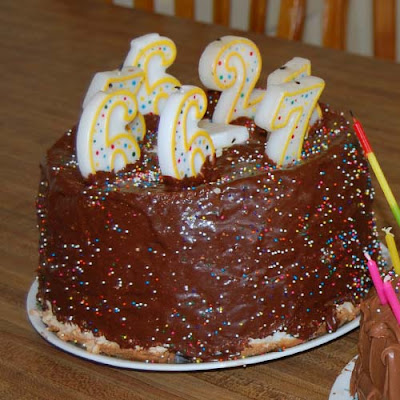 …and put together a combination that added up to the total years on the other cake. 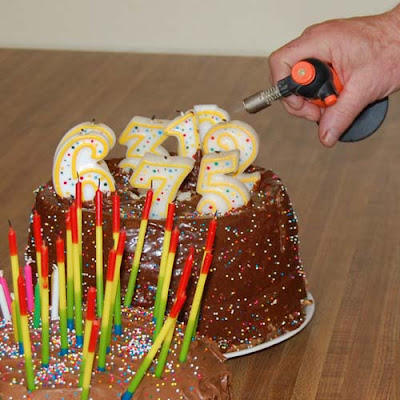 The fire committee at first attempted to light all those candles
with a blow torch, but that was a bit of overkill. 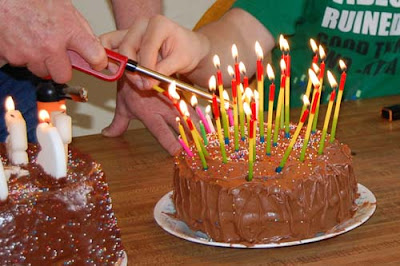 So matches and a barbecue lighter were used.
Soon there was plenty of flameage. 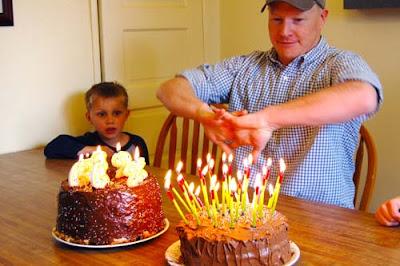 Birthday Boy was up to the challenge.
He’s done very well competing in triathlons,
either coming in first or at the front of those in his age group. 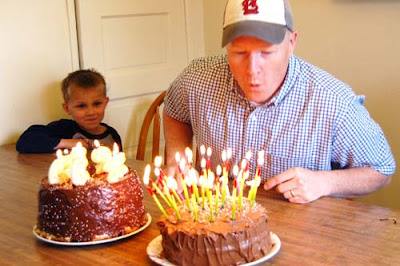 So he filled those athletic lungs to capacity and went to work. 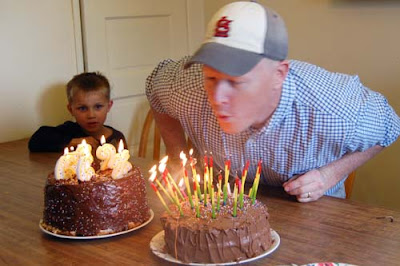 Being careful not to spit… 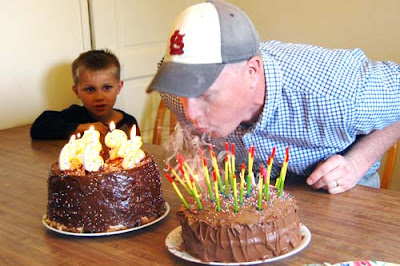 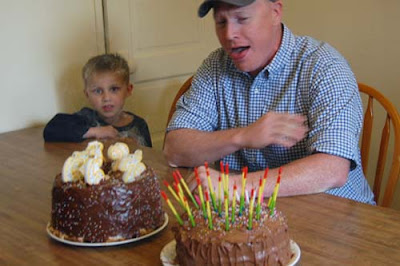 …and left nothing but smoke.
HAPPY BIRTHDAY!
Posted by Leenie at 10:58 AM

Happy Birthday to the guy with the great set of lungs. MMMMM cake. The little guy beside looks so cute.B

lol! I love all the number candles! The cakes look scrumptious! And I love the birthday boy's helper on standby :)

I hope the birthday boy had a fabulous day!

You always need an understudy in the wings on these momentous occasions- even if he only has one line of "you missed one!". Happy Birthday to the Birthday Boy and congratulations on the one-take 100% candle extinguishing!

Happy Birthday to birthday boy. Wow, I hope he did not have to eat all that cake himself!

Happy Birthday to the birthday boy
I love the expression on the face of the little onlooker.
Please send a huge slice of the choc cake
we need it in the rain here!

Look at the delighted face on that beautiful little boy!