FROM THE GROUND UP

My parents started their farm a year before I was born by bringing in a two-room house and setting it on the edge of eighty acres of sage brush and lava rock not far from the Union Pacific Railroad track in south central Idaho. 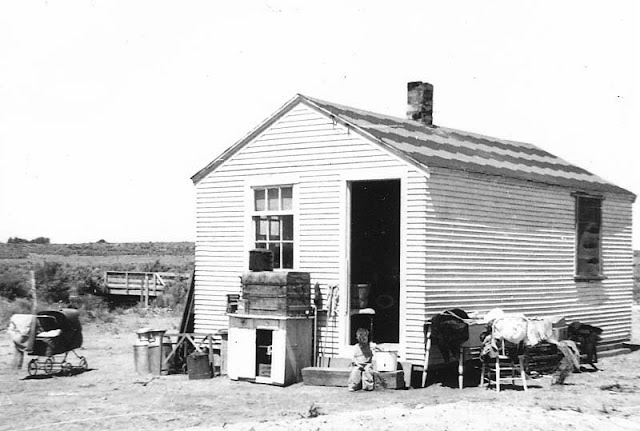 My mother paused in her moving to take a photo of her new home.  You can see my older brother sitting on the step and I am in the baby carriage on the left. 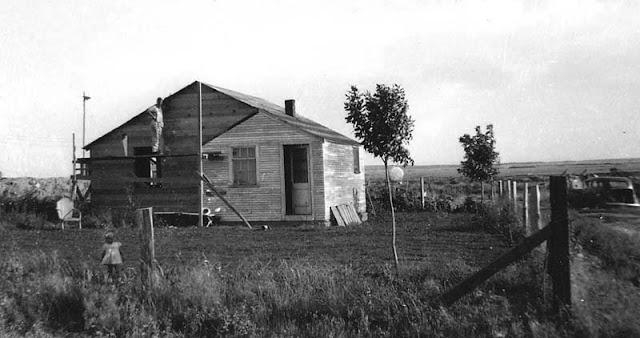 By the time I was three ( you can see me in the foreground of this photo) my dad had squeezed enough time out from farming to add two more rooms onto the house.  Mom had planted three trees, a lawn and a garden.

Dad had also built a small milking barn out of scrap lumber and straw.  I remember there being four or five cows at first.  Two of the first cows were a big black Holstein named Cora and a tan named Beauty. 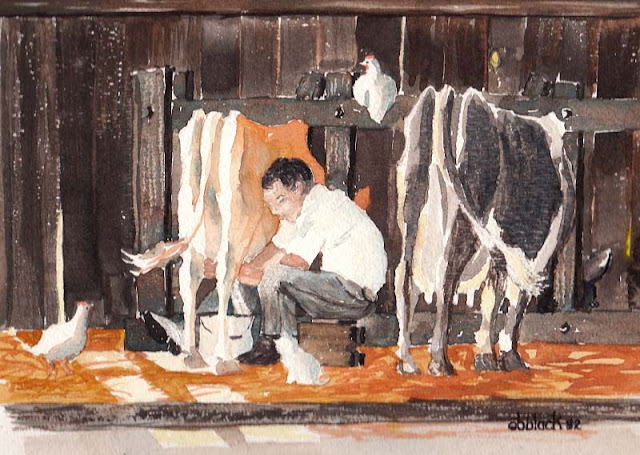 At first my dad milked the cows by hand.   I loved to go out to keep him company in the evenings.  The cows would munch on their grain, the cats would come in for a treat of fresh milk and the chickens would arrive to find a place to roost for the night. 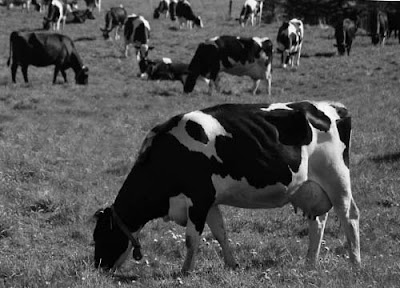 Their dairy herd increased as new calves grew up and more were purchased at the cattle auction. 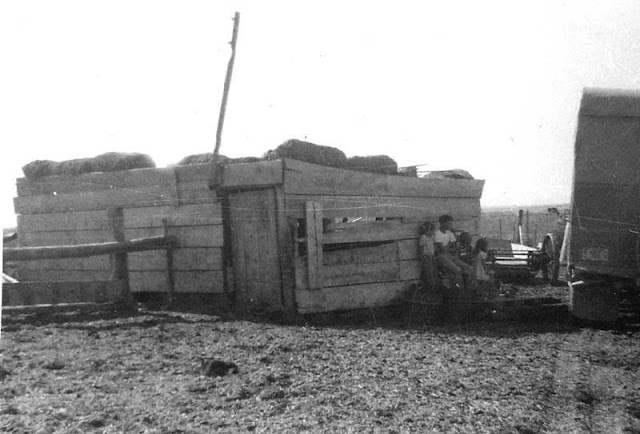 The milk was sold in ten gallon cans which were loaded on a truck each day and taken to a creamery for processing into butter and cheese. 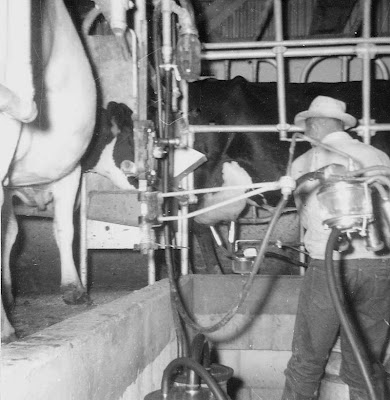 As time passed Dad and Mom were able to get a loan to build a dairy barn out of concrete and cinder brick.  There were four children by then and we all helped with the milking and caring for the herd. 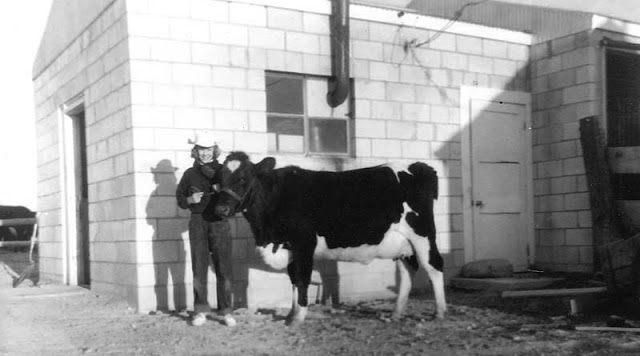 I was given a heifer to raise for a 4-H project.  She earned blue ribbons both years I took her to the county fair. 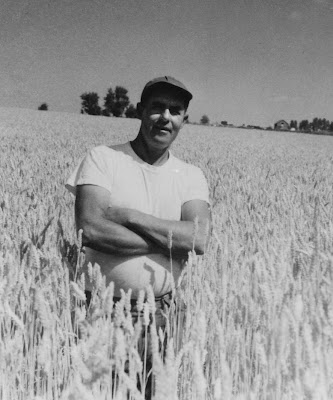 By the time my parents retired they owned two hundred acres of fertile fields and pasture plus the dairy barn, out buildings, granaries and a nice house and yard.  They’d put all four of their children through several years of college.  My brothers weren’t interested in becoming farmers and my sister and I married guys who took us off to live in town.

So Mom and Dad finally sold the farm, took their dog and their cats and bought a little home in town just a block from our house.  They both enjoyed over a decade more of life without having to milk cows twice a day.
Posted by Leenie at 8:42 PM

What an incredible legacy of hard work. And success.

I haven't seen some of those, and I didn't know that he only started with a couple cows, though that makes sense.

I loved reading your fily story Leenie. Your parents made a good life for you all. The part about you helping your Dad with the milling just sounds idyllic.

Family! Somehow missed some letters out.

Idyllic may not be the word I'd use. Farming includes a lot of physical labor, no days off and there is a lot of manure involved. But as children we learned the value of work and yet still had a lot of freedom to enjoy our world.

I loved this post. Especially the photos. Something about it just made me really happy. I guess I recognize those people and places -- you and I have some similar roots. Thanks for sharing as always, Leenie.

WONDERFUL! I had Terry read this blog post...then he said "I guess we need to sell out and go live next to Evan in town."

This is great...you have all those pictures to documents their/your lives. How many people are willing to start from the ground up like that anymore?!

Oh I love this as I read this I wonder of one of my girls will someday do a nice blog about us like you have done for your parents.
This is awesome now I get how you understand my life so well. You look cute with a hat and cow ;)
Your parents were really good parents who obviously loved their kids, that is why you turned out so well. HUGS B