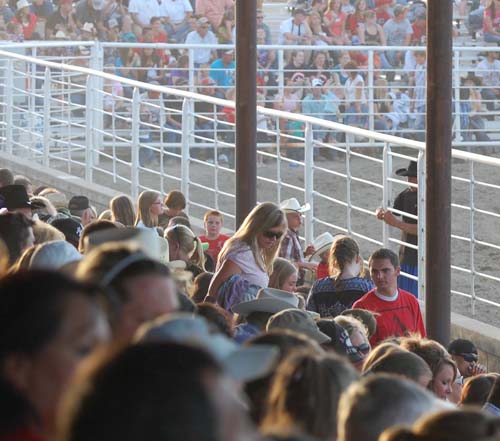 Our local July 4th rodeo was an excellent place to take action photos.
There was something happening all the time.

One of the events was team roping which features two mounted riders and a steer. 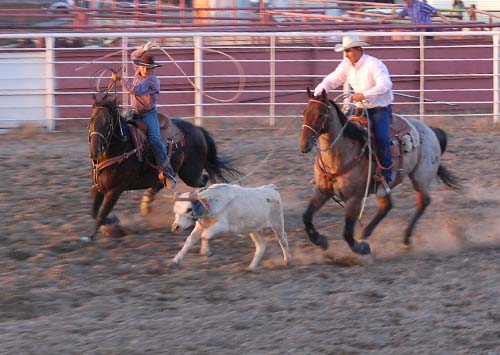 The first roper is called the “header” and typically ropes the front of the steer usually around the horns. 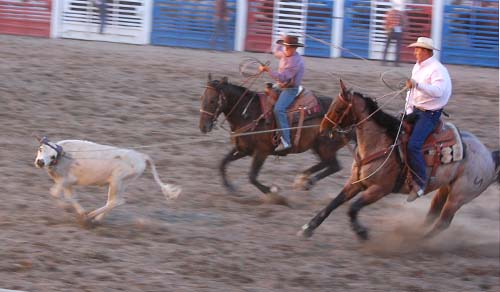 Note the protective gear put around the steer's head to keep it from getting hurt by the rope.
I'm guessing Put the Gear On the Steer would be a pretty entertaing event in itself. 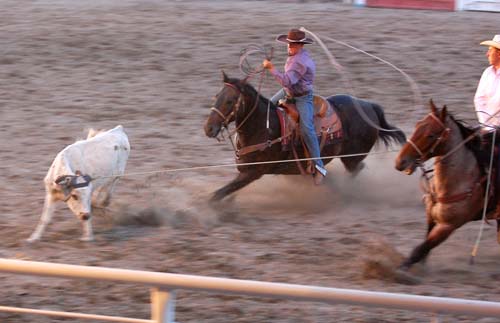 The second roper is the “heeler” who ropes the steer by its hind feet.
The team that does it the best and the fastest wins.
A lot of credit goes to the skill of the horses as well as the riders. 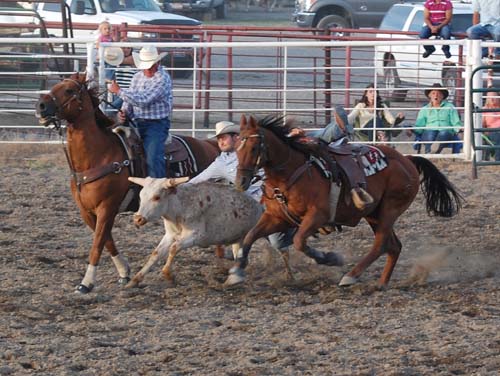 Steer wrestling also involves two riders, their horses and more hapless steers.
One rider is the "hazer" and he keeps the steer running straight. 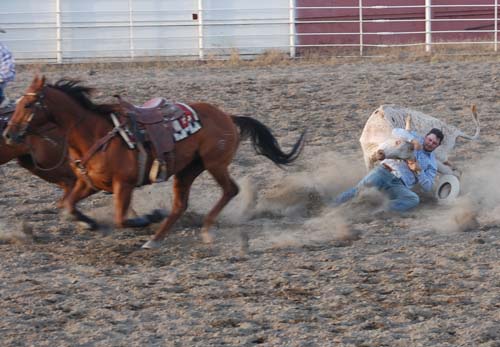 So the “bulldogger” can literally grab the bull by the horns while it is running flat out. 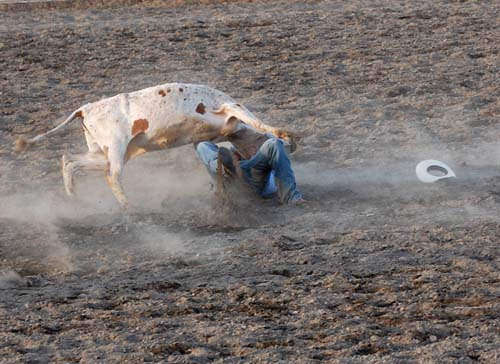 The steer wrestler is yanked off his horse.
He plants his heels, reaches down, and grabs the nose of the steer pulling it off balance. 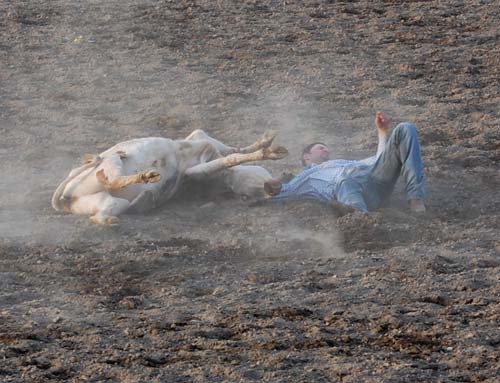 They both are thrown to the ground.
Once all four of the steer’s legs are off the ground an official waves a flag marking the time. 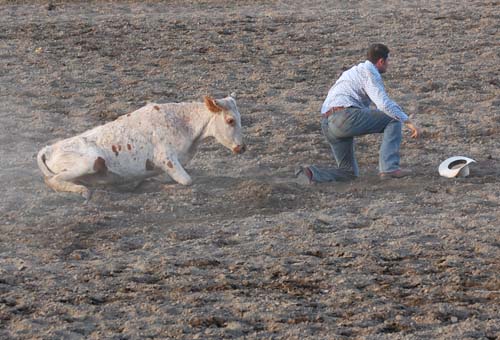 The steer is released. 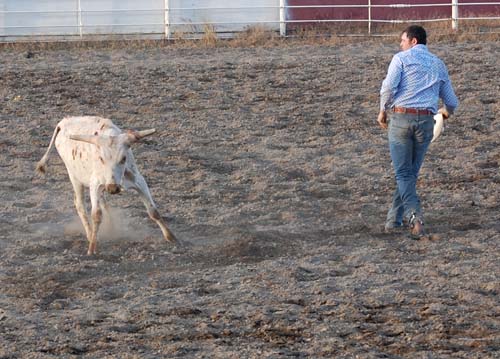 And he trots off wondering what the heck just happened.

There are all kinds of rules and penalties involved
like there is in any competition but you get the idea.  I just enjoy the show.
Posted by Leenie at 9:29 PM

I love watching that stuff! Reining and cutting are fun, too. You got some great shots!

PETA falling down on the job?

Wow! He has guts.
Thanks to your skillful shots with a level gaze.

That's a lot of skill to possess for something the rancher probably is faced with only occasionally, but needs to perform in an instant if he has to.

You are amazing these are great action shots. I could not wait to see the next one:) B

You got some excellent shots!

I'd love to see that!